A facetious Max Verstappen said that if he's no longer allowed to do a victory burnout, he'll do a smoking doughnut the next time he wins!

Verstappen made the joke in Austria on Thursday while responding to the warning sent by FIA race director Michael Masi after last weekend's Styrian Grand Prix.

Masi was unimpressed by the Red Bull driver's maneuver as he crossed the checkered flag when he slowed and then executed a burnout on the track.

Although no harm was done, Masi made clear that the Dutchman's antics "would not be tolerated in the future".

Verstappen said he understood the admonition but insisted he had taken all the necessary precautions before burning his rubber. 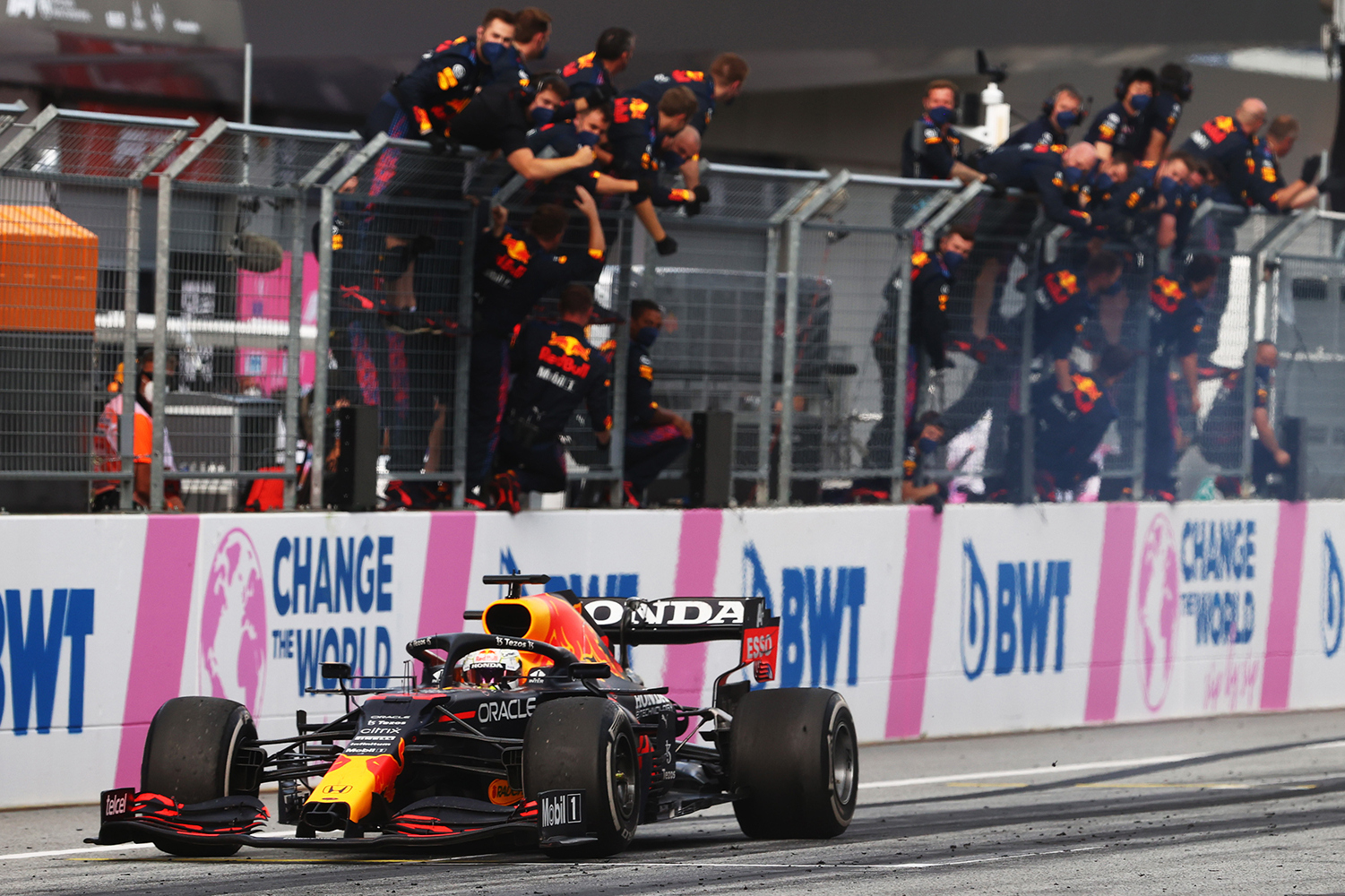 "I’ll try to do a doughnut next time," joked the current leader of the F1 world championship.

"I understand of course about safety. But I looked in my mirrors, went all the way to the right, took it easy. Everyone was on the left. I just did a burnout.

"OK, if it’s not allowed, I won’t do it again. At the time I thought it was really funny and safe. But of course I understand that they don’t want to see this happen again, which is fine for me."

Coincidently, Verstappen was followed across the checkered flag by Williams' Nicholas Latifi who had found himself on the receiving of a similar maneuver executed by Roberto Mehri in a round of the Formula Renault 3.5 Series held at the Red Bull Ring in 2015 (see video hereunder).

"When I was coming to the finish line, I saw Max pulling to the inside to celebrate with the team like most drivers do so I just made sure to stay as far to the left as possible," explained the Canadian.

"Obviously, in that situation there were no cars directly behind him that were racing and obviously that was the situation, all those years ago in 2015.

"I was racing with another car quite close and as a result had my eye [on the car behind and did not] expect a car to be right in front of me on the grid.

"So it can end very badly as we saw back in 2015. There just has to be a bit of a compromise in that sense.

"It was dangerous so I don’t think a lot of other cars will be doing that in the future. It is probably best to not slow down that much."