Max Verstappen delighted the legions of 'orange army' fans in the grandstands by taking pole position at the Red Bull Ring for this weekend's Austrian Grand Prix.

But despite claiming his third pole in a row and his fourth of 2021, the man himself wasn't happy with how he'd done it after finishing just 0.048s ahead of McLaren's Lando Norris in the final round of the session.

Verstappen had been unable to improve on his existing lap time after opting to head out on track first to avoid getting caught up in traffic - but also meaning there was no one on hand to offer him a 'tow'.

"We will never, ever do that again, to go first," he told his race engineer overt the team radio after the end of qualifying. "That was P1, but we'll talk about it later."

Talking with the media in parc ferme, he made it clear just how unhappy he had been with his final run on Saturday.

"I think it was pretty bad," he stated bluntly. "I'm of course happy to be first, but not the way we got it. So something to look into.

"Q1 and Q2 were very good I think, it was all going really smooth and the laps were good enough," he added when asked for details.

"Just in Q3, the first lap, I locked up at turn 3. It wasn't amazing," he said. "The second one I was the first car out so I just lost time on the straights so I couldn't improve my lap, even with a more normal turn 3.

"It was still good enough for first, but I would have liked to just have a better Q3." 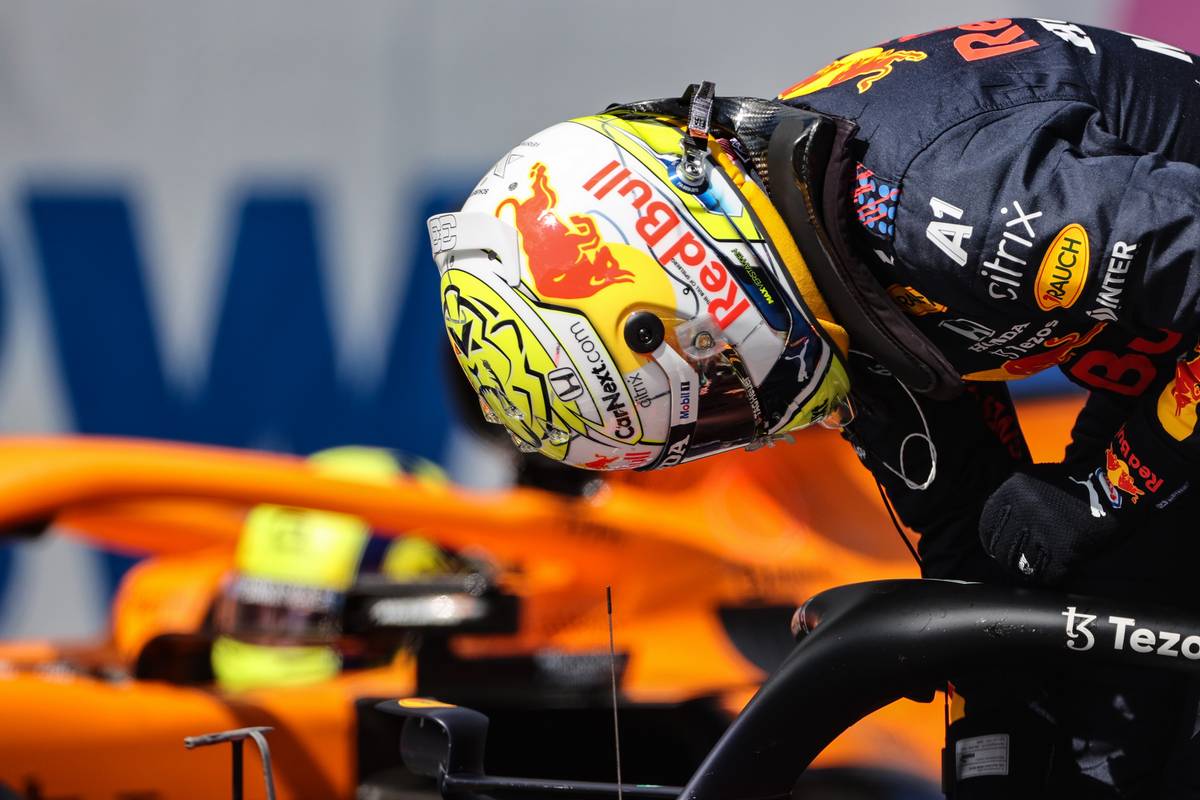 Verstappen also started last week's race at the same venue from pole position, and went on to clinch a dominant lights to flag victory over Lewis Hamilton.

With Hamilton starting from fourth behind both Norris and Sergio Perez, there's every reason to believe that Verstappen will be back on the top step of the podium again on Sunday afternoon to further extend his lead in the drivers championship.

"Of course to be twice on pole nevertheless here is very good. Hopefully we can finish it off tomorrow," he acknowledged.

However the tyres provided by Pirelli this week are a step softer than the ones used for last week's Styrian Grand Prix, meaning it will be a challenge to make them last long enough in the race.

"It will be tough to manage those in the race," he agreed. "But besides that, I think just try to focus on our own race. And then of course, we'll try to win it. But it's never straightforward."