However he was very nearly pipped in the last seconds of the session by an impressive final flying lap from Lando Norris which put the McLaren on the front row ahead of Sergio Perez, with Lewis Hamilton only managing fourth.

Williams' George Russell also made it through to the final round on his way to provisionally qualifying in ninth place. A likely penalty for Aston Martin's Sebastian Vettel for impeding could further promote the Briton up to eighth on Sunday's grid.

Ferrari once again failed to get either driver into the final round of qualifying, while Alpine's Esteban Ocon wasn't able to progress from the first round.

With a freshly minted contract with Mercedes safely stowed away in his back pocket, Lewis Hamilton was primed to do battle with a dominant Max Verstappen to see if there was anything he could do to prevent a second back-to-back Red Bull pole at their home circuit in Spielberg this weekend. Conditions were bright, warm, sunny and dry as the lights at the end of pit lane went green to signal the start of the first of three rounds of qualifying at the Red Bull Ring, to a roar of expectation from the orange-clad Verstappen fans packing the grandstands. 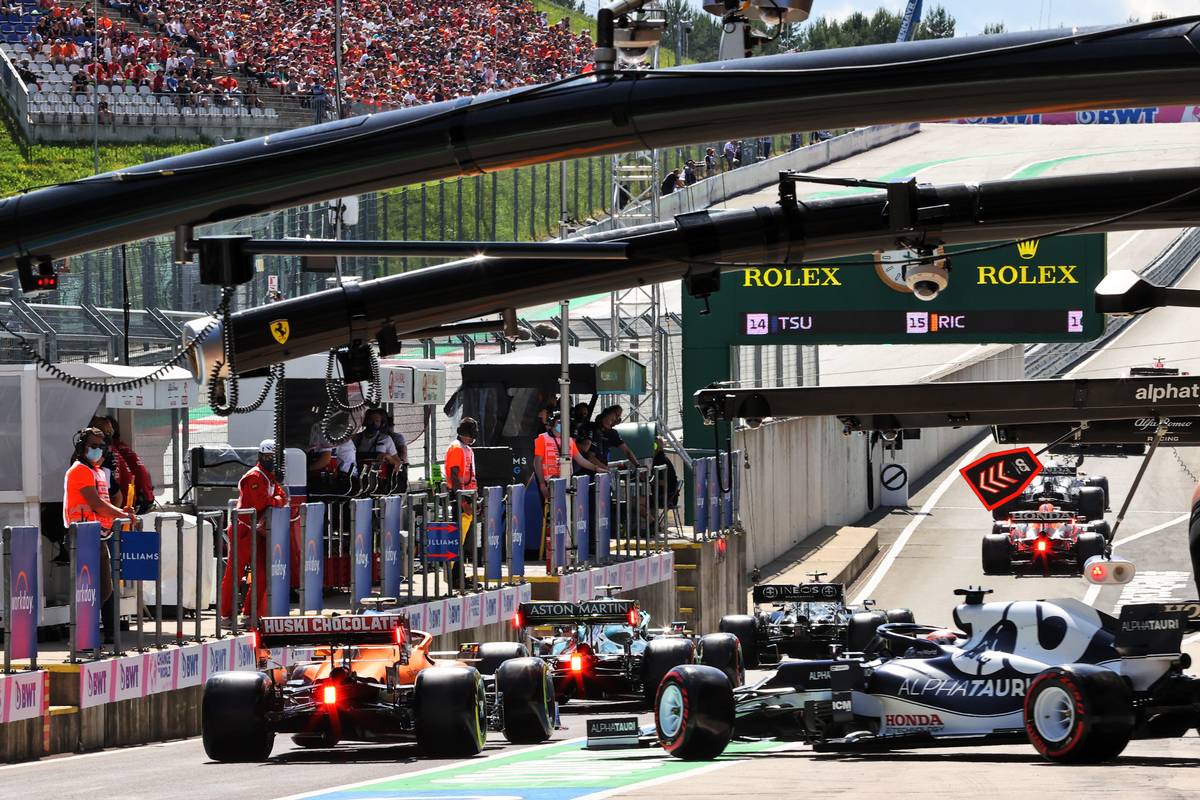 Haas pair Nikita Mazepin and Mick Schumacher were first out, both on the soft compound tyres for their maiden runs. Schumacher was quickest with a time of 1:06.127s, almost a full second clear of his team mate, but soon there were bigger fish to fry as Lance Stroll and Pierre Gasly followed by birthday boy Sebastian Vettel and Alfa Romeo's Antonio Giovinazzi and Kimi Raikkonen all took a brief bow at the top.

Max Verstappen soon stamped his authority on the session with a time of 1:04.249s with Lewis Hamilton and Valtteri Bottas settling into second and third ahead of Carlos Sainz, Lando Norris, Sergio Perez, Daniel Ricciardo and Charles Leclerc all taking up positions in the top eight. Curiously late in joining the party were the Alpine and Williams drivers: when he finally came out to play, George Russell debuted in tenth, while Fernando Alonso went second quickest ahead of the Mercedes cars. He was almost immediately pipped by Norris who was just 0.096s behind Verstappen, who remained quickest.

By contrast, Esteban Ocon's lacklustre lap saw him remain in the drop zone where he was joined by Gasly whose earlier flying lap had been deleted for exceeding track limits. The same fate had also befallen Leclerc's latest, but the Monegasque's remaining time was still good enough to put him into tenth ahead of Sebastian Vettel. Russell had been pushed down to 13th ahead of Yuki Tsunoda and Lance Stroll, who was now 'on the bubble' of being eliminated.

It meant there was still everything to play for in the remaining single push lap available, with only the top five (Verstappen, Norris, Alonso, Hamilton and Bottas) feeling secure enough to sit it out. Improved laps from Ocon, Stroll and Leclerc put them temporarily safe and pushed Russell into the bottom five, but the Williams driver soon jumped up to 12th with his final run. That started pushing Ocon back into the danger zone, and when the dust settled the Frenchman did indeed find himself in 17th and out of qualifying, joined on the sidelines by Raikkonen, Latifi, Schumacher and Mazepin. Just squeezing through in 15th was Ricciardo, once again underperforming in the McLaren while his team mate sparkled at the front. 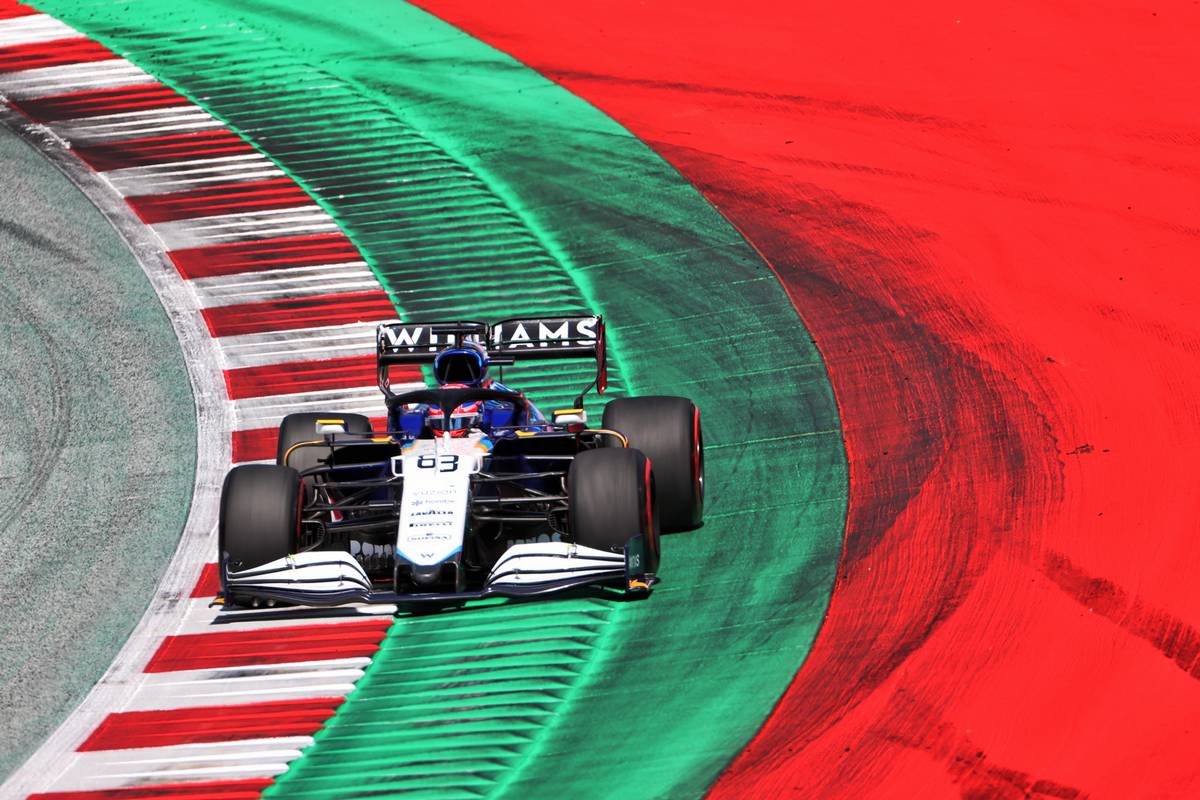 Q2: Verstappen stays top, Russell into the final round ahead of Sainz and Leclerc

Sergio Perez was first out when the second round got underway, and for once the Red Bull number two was on the medium compound in a bid to make it through to Q3 on the optimal race tyre rather than playing safe with the soft option. With the track entirely to himself meaning he was lacking any chance of a tow, he laid down the initial benchmark of 1:04.554s - too soon to tell whether than would see him safely in the top ten.

With a little over ten minutes remaining, it was time for the rest of the cars to head out en masse. The frontrunners - Verstappen, Hamilton, Bottas, Leclerc, Sainz, Norris and Ricciardo - were all on mediums, but Giovinazzi, Alonso, Stroll, Vettel, Alonso, Gasly and Tsunoda were straight on the softs. Verstappen predictably went top to the delight of the crowd with a time of 1:04.208s, which was 0.275s quicker than Norris, while a new push from Perez saw the Red Bull go third ahead of Vettel, Hamilton, Stroll and Gasly. Bottas was only eighth quickest ahead of Russell and Tsunoda, leaving Sainz and Leclerc in the drop zone along with Alonso, Ricciardo and Giovinazzi.

Everyone returned to pit lane for fresh tyres in advance of their final runs. No one could be certain of anything at this stage but Verstappen, Norris, Hamilton, Bottas, Russell and both Ferraris nonetheless all stayed on the mediums rather than put themselves in a position to mount a 'banker' on the soft tyres if things went sour. As it turned out, Alonso didn't even get the chance to start his final push lap: he got held up by Vettel at turn 9 in an incident that will be reviewed by race stewards, who are likely to serve up Vettel a grid penalty for impeding rather than a slice of birthday cake.

It was a bit of a scramble, but Bottas managed to complete his lap and vault up the order to third place. That left Russell on the bubble and still on the mediums, seemingly about to miss out to Ferrari - but when the dust settled there was general incredulity that it was the Williams which had made it safely through to the final pole shoot-out, while Sainz and Leclerc would have no further part to play in qualifying and instead be joining Ricciardo, Alonso and Giovinazzi on the sidelines. 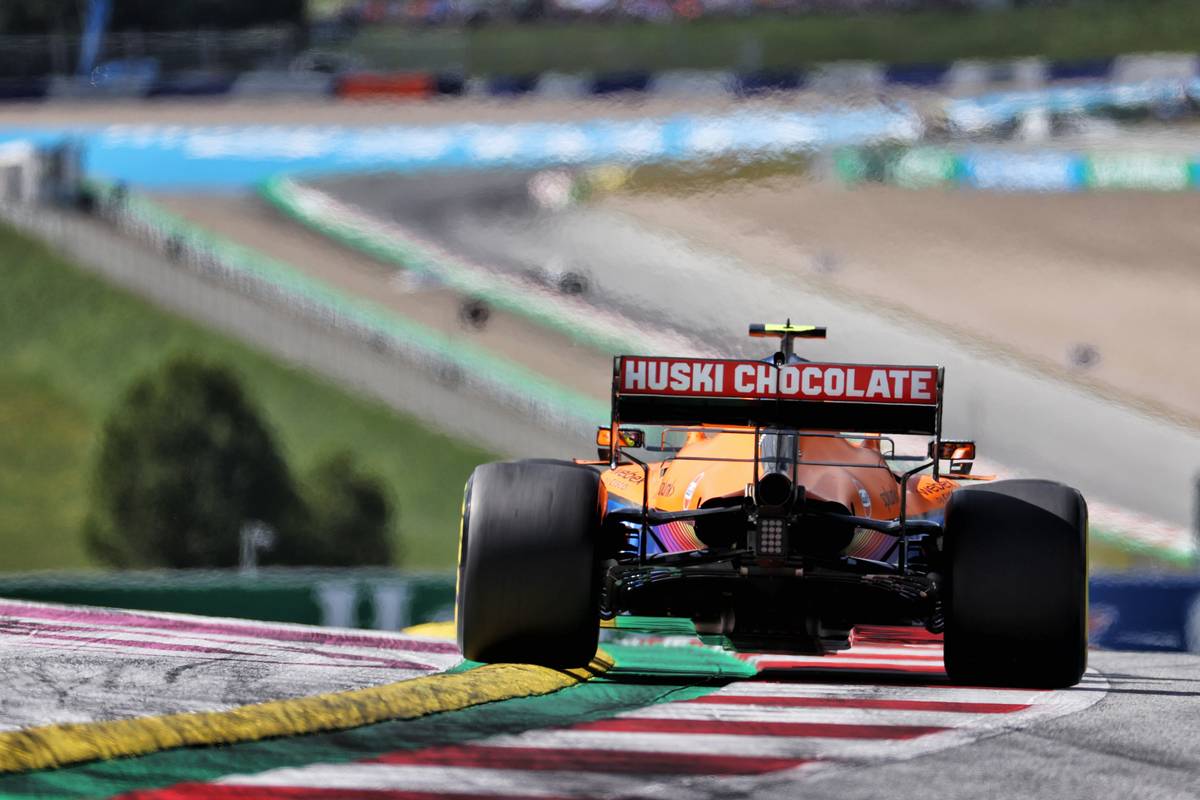 Q3: Verstappen holds on to pole despite late flying lap from Norris

With the Verstappen fans in the grandstands now upping their game from 'merely overexcitable' to full-on 'absolutely berserk', Stroll and Vettel were the first cars out on track after Aston Martin had managed to get both men through to Q3 for the first time this season.

Norris took the early honours with a time of 1:03.958s putting him 0.056s clear of Hamilton, followed by Bottas and Perez. But there was a sense of the inevitable as Verstappen claimed provisional pole by two tenths of a second from Norris, the ensuing roar from the Dutch fans likely registering on the local Richter scale. Gasly's initial run was good enough for sixth ahead of Vettel, Tsunoda and Stroll while Russell was biding his time in the Williams garage with only one final fresh set of soft tyres on hand.

Seeking to avoid traffic congestion, Verstappen was first to head out for his final run. It was not an ideal lap for the Dutch driver and he failed to improve; Hamilton's lap was also scrappy, opening the door for Norris to come within half a tenth of snatching pole away. Perez also improved to take third which meant that Hamilton was left having to make do with fourth from Bottas, with Gasly in sixth ahead of Tsunoda and Vettel. Russell's single run proved good enough to secure ninth place ahead of Stroll and he may gain a further position overnight if the stewards hand down the expected penalty on Vettel.

Verstappen 'not very happy' despite claiming pole in Austria 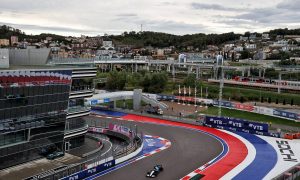