Toto Wolff admits the odds are currently against Mercedes clinching an eighth consecutive title this season, but the Brackley squad's boss insists on "seeing the positives" and focusing on the long game.

Red Bull's fifth consecutive win on Sunday, courtesy of another clean sweep by Max Verstappen, has allowed the Milton Keynes-based outfit to extend its lead over Mercedes to 44 points in the Constructors' championship, while Lewis Hamilton now trails Verstappen by 32 points in the Drivers' standings.

The seven-time world champion has nevertheless vowed to keep his head up and "keep trying".

"We will work as much as we can to improve in the next couple of weeks," Hamilton said after his fourth-place finish at the Red Bull Ring on Sunday.

"We have been massively down at this track. It will be interesting to see how it is in the other races to go." 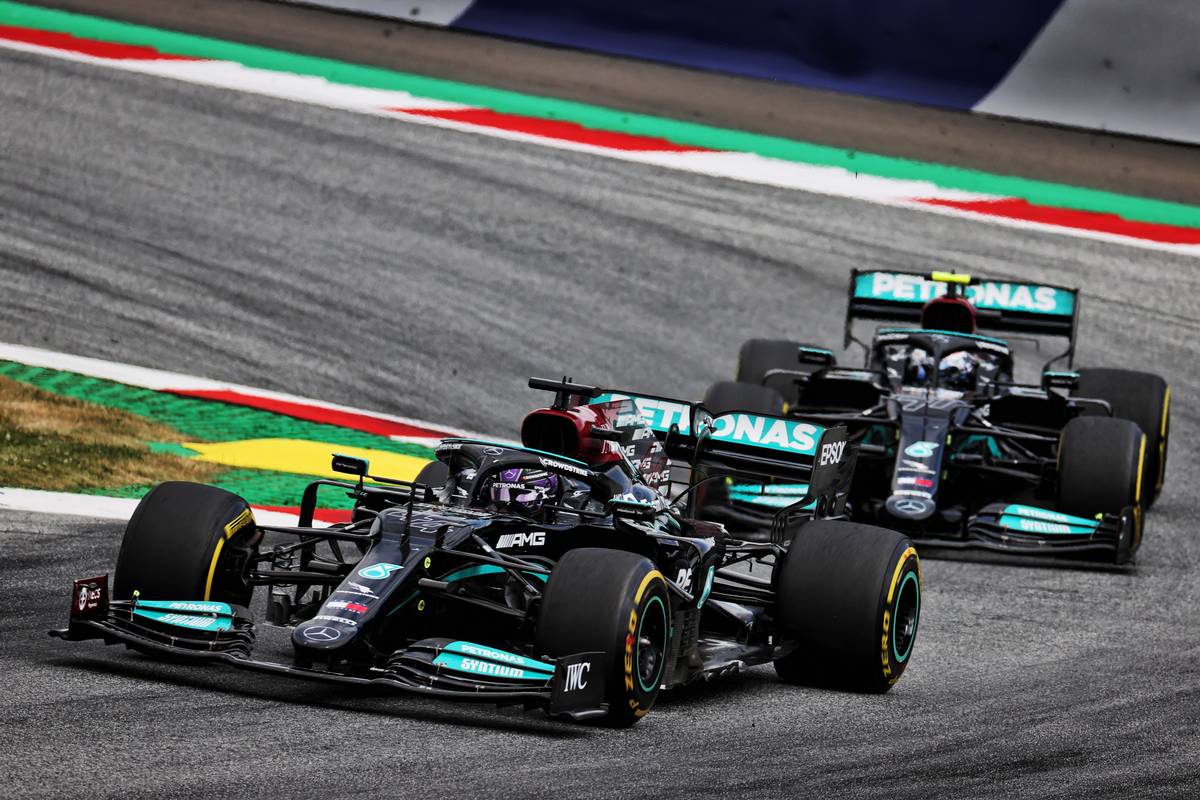 And Wolff, while keeping it real, remains focused on "the long game".

"I am always a sceptical person, half-empty glass, but I am seeing the positives," said the Mercedes boss in Austria.

"We have 13-14 races to go. We are one retirement away from Red Bull and we have lost more points than we should have lost to our own mistakes.

"Clearly in Austria the last two races we did not have the performance we must have in order to fight Red Bull and we need to get our act together in every single area and hopefully perform better on the other tracks.

"Losing 13 or 14 points is not great but this is still the long game. It is against the odds for us now, and that's clear because they have a performance advantage and you can see that."

Wolff has always managed his team's prospects with his trademark prudent and conservative approach, but Mercedes' new role as a genuine challenger now requires him to reframe his thoughts and spur on his troops.

"All these years I have tried to keep our feet on the ground by not being carried away with performance and now I need to do the opposite," he said.

"So we need to see things optimistically rather than pessimistically like we have done in the past."