Lewis Hamilton has admitted that Mercedes are now 'miles away' from their Red Bull rivals when it comes to race pace, after having fallen behind in the 2021 development battle.

“We’re miles away from them, so we’ve got a lot of work to do,” he told Sky Sports F1 after the end of the Austrian Grand prix at the Red Bull Ring in Spielberg.

"We need all hands on deck, which I know there already are," he said, adding that Red Bull had "clearly brought a lot of upgrades over the past few races, and we haven’t brought any."

"We’ve got to bring some and find as much performance as possible, otherwise this will be the result most often."

Hamilton had only managed to qualify in fourth place for today's race after being out-performed on Saturday by not only Verstappen and his team mate Sergio Perez but also McLaren's Lando Norris.

After Perez was forced wide at the restart, it took Hamilton 20 laps before he was able to pass Norris around the outside of turn 4 by which time Verstappen had a commanding lead.

But Hamilton's campaign was further undermined when he sustained floor damage to the W12 during the race that affected the aerodynamic handling of the car, forcing him to cede track position to his team mate in the closing laps.

"I said before the race it would be very hard to beat Max, of course, but it was obviously disappointing to lose so much downforce on the rear of the car and not be able to hold on to second place. 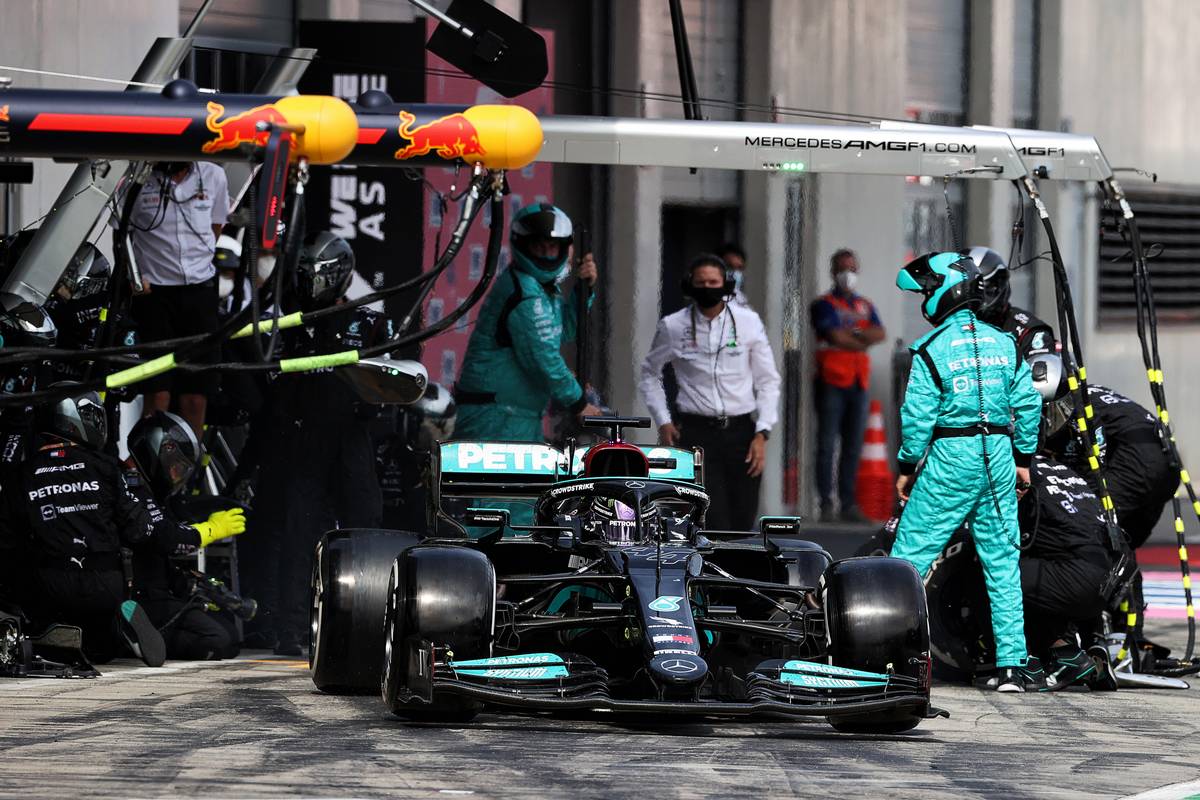 “I wasn’t going over the kerb any more than anyone else," he insisted when asked how the damage might have been incurred. “I have no idea where it happened, but there was a lot of damage.

"I was in second when all of a sudden it obviously broke. It would have been an easy second generally, but obviously not able to catch those guys ahead.”

Hamilton made a late pit stop for a fresh set of tyres, but any thoughts of picking up the bonus point for fastest lap were thwarted by Verstappen doing the same a few laps later.

As a result Hamilton has now fallen a further 14 points behind Verstappen in the drivers championship, opening up a 32 point deficit in total. Meanwhile Red Bull now have a 44 point advantage over Mercedes in the constructors standings.

"Aa lot of points lost today.” Hamilton acknowledged. However with only nine races of a scheduled 23-event season completed, the outcome is far from set in stone. 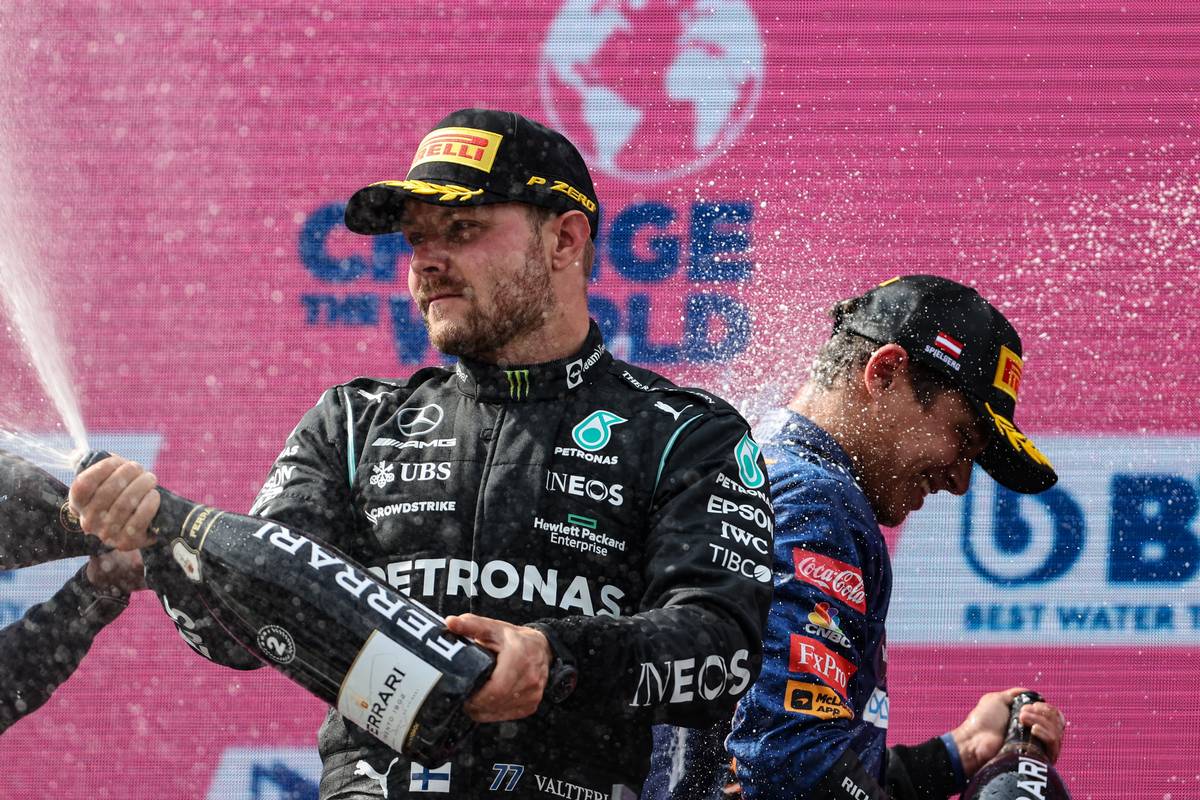 Meanwhile Bottas is now in fifth place in the drivers battle, despite having picked up second place in today's race.

“It's nice to be on the podium again in second place," the Finn said. "I think we really maximised it with what we did today.

“As a team we got some decent points considering the gap we have to Red Bull in terms of pure pace," he insisted.

"For me, it was one place better than last weekend where I started from fifth," he added. "The McLaren was surprisingly fast. They put a lot of pressure on.

"In two weeks we go to Silverstone, there's still work to do, but for now I'm going to enjoy the champagne."

Perez: Clashes with Leclerc 'not the way I like to race'