Sergio Perez says he is progressively finding his own way in terms of the set-up of Red Bull's RB16B after a period of exploration.

Ahead of the start of the 2021 season, Perez predicted that it would likely take him the better part of five or six races to settle in with his new team and get on top of Red Bull's car.

Perez scored his first win with the Milton Keynes-based outfit in Baku and has contributed 104 points overall to his team's tally in the Constructors' championship.

But last month, the Mexican admitted that his change of environment and adapting his driving to Red Bull's RB16B had been harder than expected. 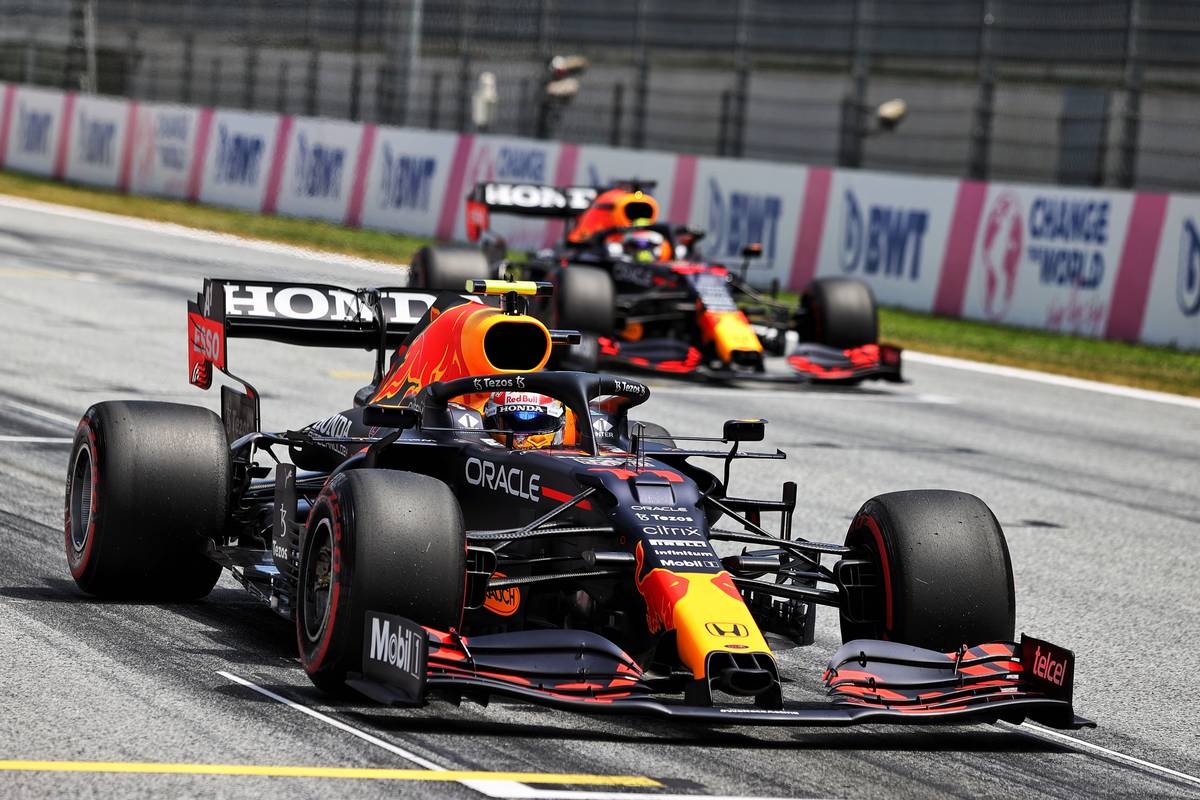 However, during F1's recent double-header in Austria, Perez was given the opportunity to experiment with his own set-up preferences which in turn has led to a more autonomous approach on his side of the Red Bull garage

The development is especially important as the team's upgrade schedule has led to Red Bull fielding cars in different aero configurations.

"We've been exploring a lot the car," explained Perez. "We took the opportunity to get to know the car a lot better, from the reference we had. So in the end we did the right adjustments.

"I'm starting to find my own way, my own direction progressively.

"And yeah, also when you don't have the both cars on the same spec, on the same aerodynamic spec, it's harder to compare, you know, to compare set-up.
"So it's important that we go our [own] route in this case."

While Verstappen achieved a clean sweep in Austria, winning both races at the Red Bull Ring, Perez collected a fourth and a sixth-place finish.

The Mexican has yet to seal his future with Red Bull but hopes to sit down later this summer with Helmut Marko to move the ball forward.

"Right now, we are so busy with the races, but there will be some downtime where we can speak about it," said Perez.

"Hopefully [it won't] take too long, because I don't have good experience when you take that long.

"But I see it as a natural thing. Once you're comfortable in a team, working with them and the team working with you, it's something that naturally should happen very smoothly.

"We should just take it out of the season and focus on the right stuff."