McLaren has confirmed that Lando Norris was the victim of a theft that took place as the F1 driver was leaving Wembley Stadium after Sunday evening's Euro 2020 final.

A series of incidents erupted at Wembley before and after the game that saw Italy defeat England after a penalty shootout, as hundreds of ticketless fans took advantage of the venue's poor security to create chaos inside and outside the stadium.

After the match, as he was making his way towards his McLaren road car, Norris was mugged of his valuable Richard Mille watch

"Lando was held and another robber pulled off his watch in a split second. Lando looked pretty shaken up. Security had been a nightmare all night," stated a report from The Sun. 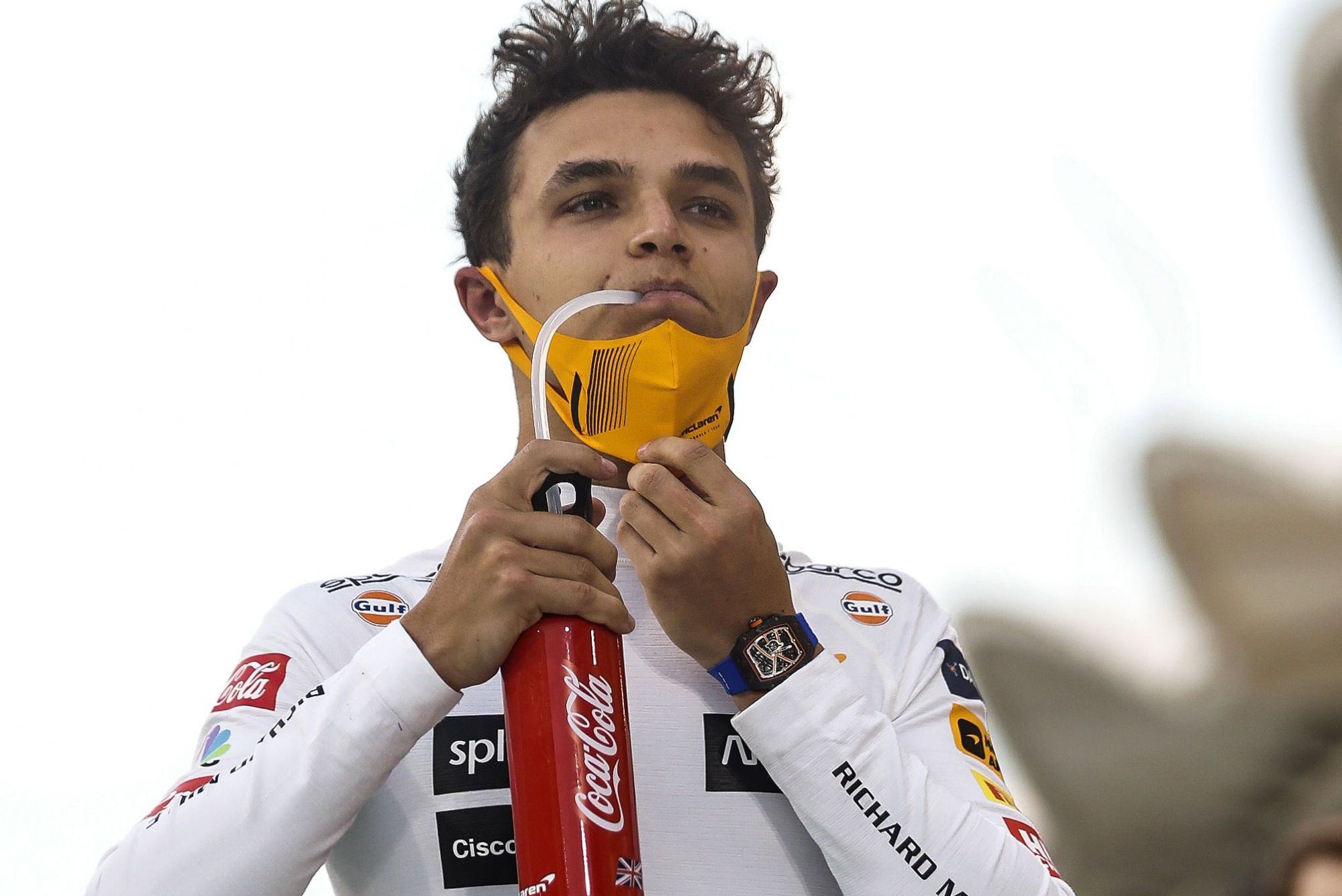 On Monday evening, McLaren confirmed that Norris had been involved in an incident at Wembley.

"McLaren Racing can confirm that Lando Norris was involved in an incident, after the Euro 2020 final match at Wembley, during which the watch he was wearing was taken," read the team's statement.

"Thankfully, Lando was unharmed but he is understandably shaken. The team is supporting Lando and we are sure that racing fans will join us in wishing him all the best for the British Grand Prix this weekend.

"As this is now a police matter we cannot comment further."

In the wake of the incidents, London's Metropolitan Police said that they had made 89 arrests while 19 of its officers were injured in the confrontations with the "volatile" crowds.

Perez finding 'his own direction' with Red Bull set-up