Lewis Hamilton revealed that he and the Mercedes team had gone to unprecedented lengths to secure P1 for Saturday's British GP sprint race.

With just a single one hour practice session at Silverstone available to the drivers, Hamilton had turned to the team's simulator at the nearby Brackley facility to give him an extra edge before qualifying.

"We did a practice session this morning in the sim," he told the media in parc ferme. "We had this morning free, and I was like: 'Look let's not sit around and waste time, let's get to it.'

Hamilton said it had enabled the team to focus on long run pace in the afternoon FP1 session, while Max Verstappen and Red Bull topped the times.

"Red Bull were very quick obviously in that practice session, but we were just staying focused on our job and trying to layer up," he said.

"I was in the sim this morning, just to use it as a practice session, because it is the first time we've ever had a morning free.

"I just put in the time, just trying to give absolutely everything and leave no stone unturned."

"We are just trying to develop it, trying to give the guys as much information as possible," he explained. "But it was holding together today, so I'm over the moon." 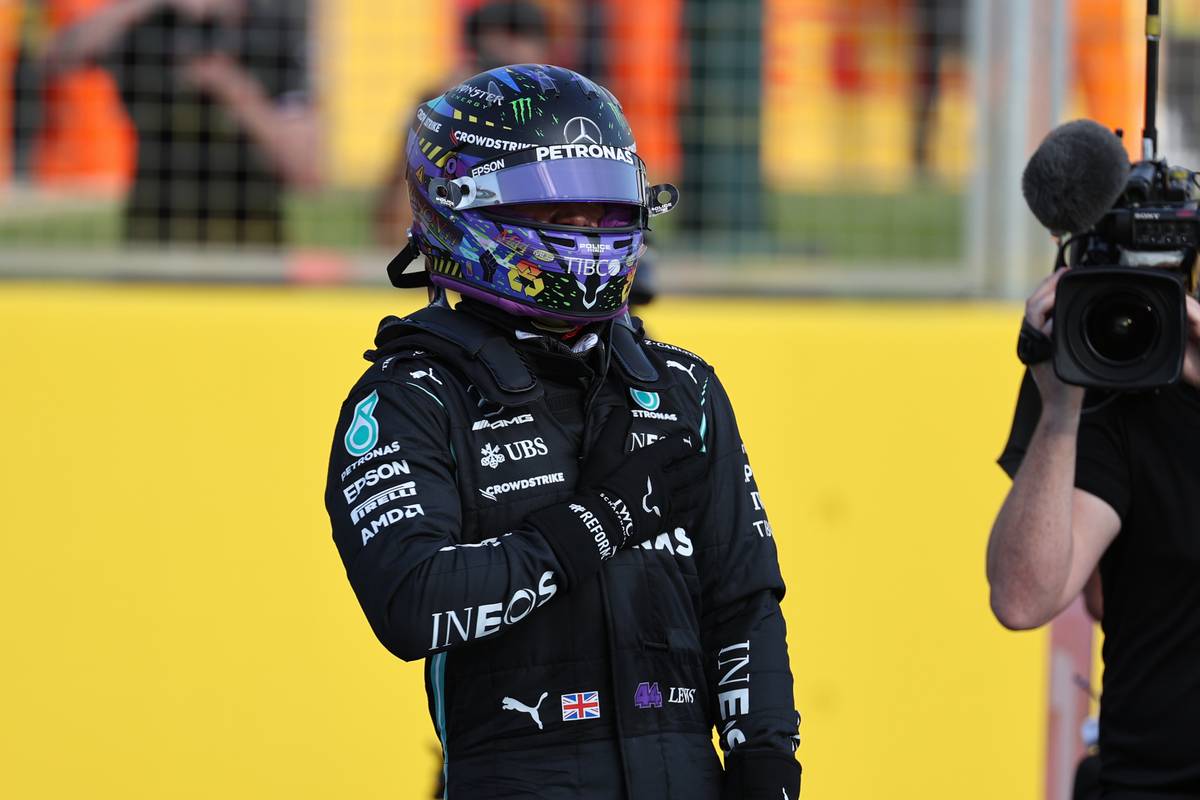 When it came to the all-important final round of qualifying, Hamilton's initial run clocked in at 1:26.134s to put himself ahead of Verstappen.

His second and final run looked on course to be even better with two purple sectors, but he then slid wide at Club and lost the advantage.

"That first lap was great, the second one was looking even better. But I just lost the back end in the last corner so my heart was in my mouth as I came across the line.

"But I could see the crowd, and it was really reminiscent of my first pole here in 2007," he added.

His team mate Valtteri Bottas confirmed that he had given Hamilton a tow on the key lap.

"Yeah, I think we are a team and we try to get the best results," he said. "It was a good qualifying based on what we saw in the practice, how fast Red Bull was, so we managed to get on pole as a team. 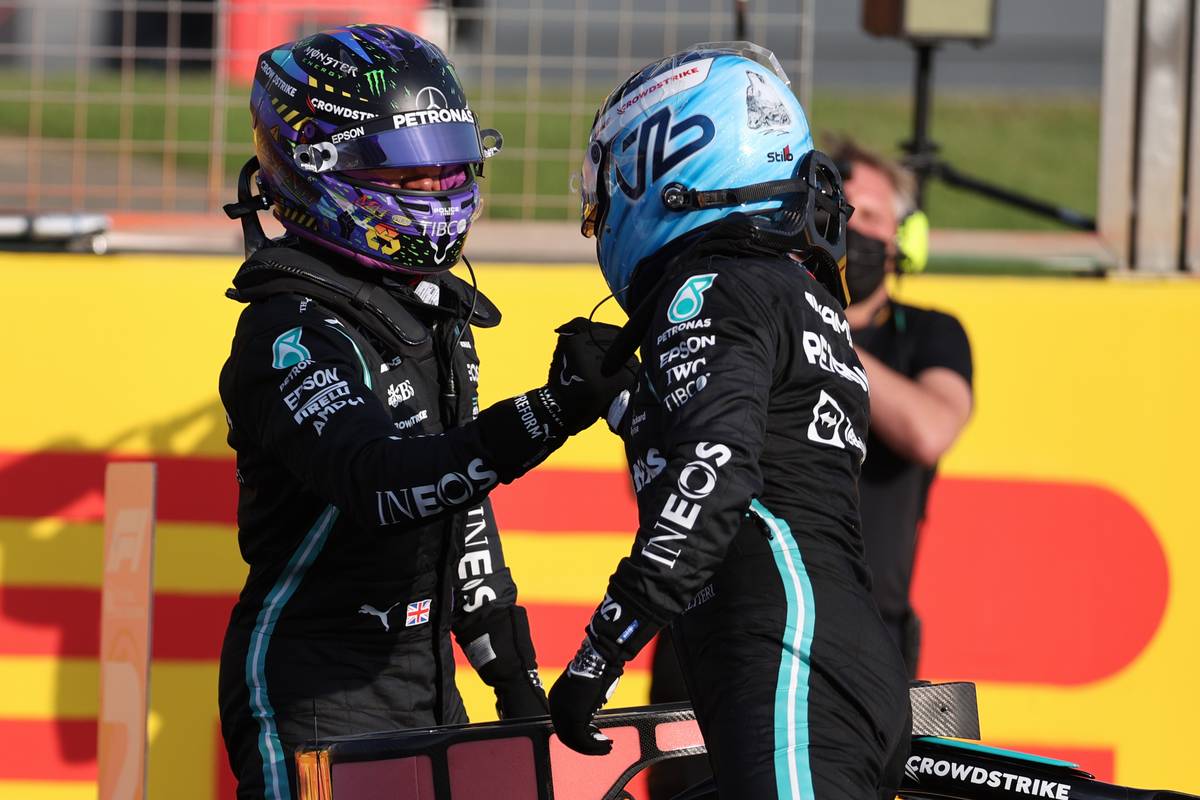 "This is the qualifying but then tomorrow we have the qualifying race and there is all the opportunity still," he noted. "There is all to play for and it's quite interesting to see how it goes tomorrow. Hopefully, we have good race pace but at least we are there and we're there to fight."

With Verstappen unable to catch him with his own final push lap, Hamilton duly secured P1 for the start of Saturday's sprint race with Verstappen second ahead of Bottas and Charles Leclerc. The result of the sprint will set the grid for Sunday's Grand Prix.

Hamilton said he was thrilled by the support he had received from the British fans in the packed grandstands. "We have been missing this for a whole year!

"I'm so grateful to see everyone here," he said. "To come to the Silverstone Grand Prix and have a full crowd like this, you see the energy.

"When I was coming into it with the great work we've done together in the team plus the energy of the fans would give us there," he added. "This is down to the fans I think."