George Russell executed his best lap in qualifying at Silverstone in Q3, but the Williams driver says it was his second lap in Q2 that provided him with a massive step forward and a boost in confidence.

Russell upheld his unblemished record of making the Q2 cut in Friday's early evening qualifying session. But that appeared to be as far as he would go, until a massive 0.441s improvement on his second run ensured his safe passage to Q3.

The feat was a crowd-pleaser for a young man that was greeted on Friday by the British fans as their second favourite son after Lewis Hamilton.

But in the final segment of qualifying, Russell did even better, unleashing a 1m26.971s lap that positioned him P8 in the pecking order, ahead of Ferrari's Carlos Sainz and Aston Martin's Sebastian Vettel!

It was Russell's best qualifying result to date with Williams and a performance that represented a veritable turnaround from FP1 which he had ended dead last and completely "lost". 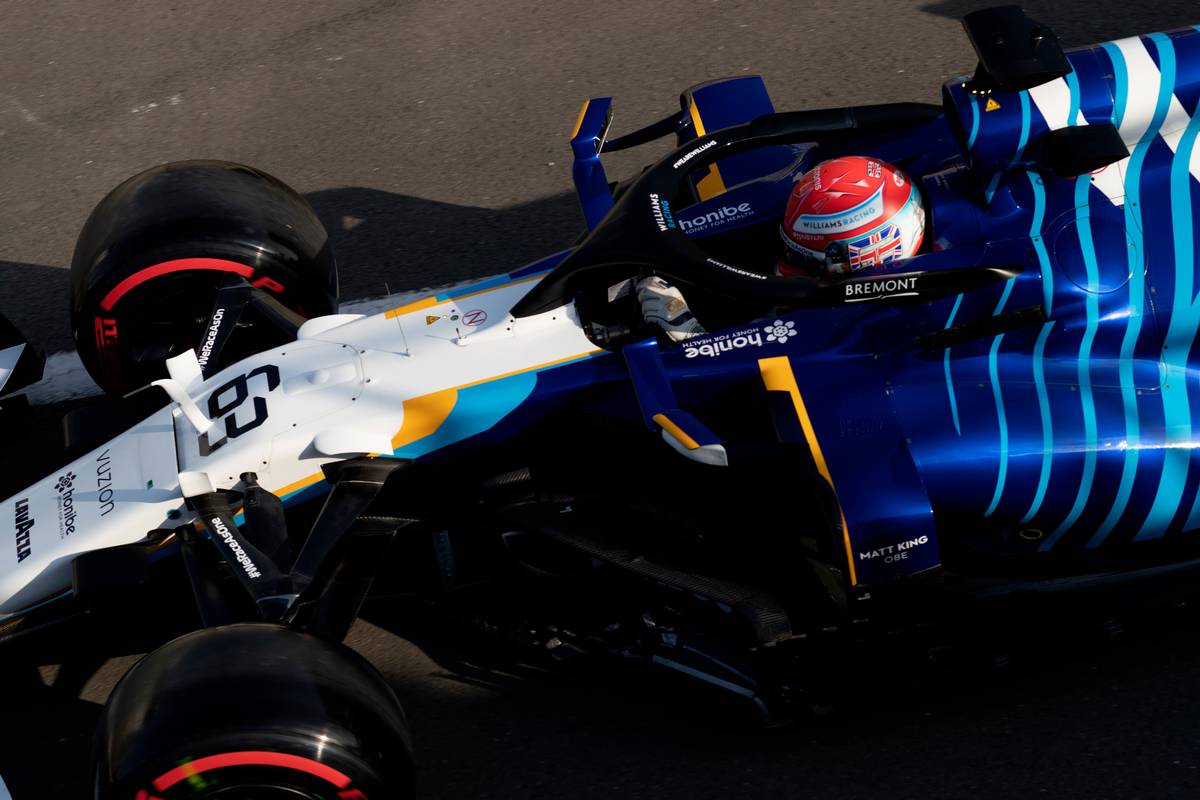 "This morning in FP1 I had no confidence with the car, and here we are in P8!" he enthused.

"Following practice, we had a decision to make to try and improve the car or stick to our guns and hope the track came towards us, which it did.

"Everything got in a much nicer window and I felt confident and comfortable out there which allowed me to get that extra tenth or two."

Elaborating on his sudden progress, Russell noted that it wasn't the first time that he had improved more than he should have during the session.

"I think I just like to get an understanding of what the car is doing before then fully knowing how to extract the maximum from it," he explained.

"And I guess if you're in a top car that's going to sail through to Q2/Q3 that's exactly the strategy you want.

"But it was really coming towards us. My first lap in Q2 was fine, but nothing great. And then the second lap I made a massive step."

Russell justified the push forward by a timely combination of factors, including a little help from his friend Fernando Alonso.

"Getting the tyres in a better window, exactly knowing what we needed to aim for on the out lap, me driving a bit better, very good position with a small slipstream from Alonso ahead.

"And all these things played in our favour.

"Ultimately, we did a fantastic job to get there and it is about tomorrow now. It is not going to be easy, but we need to be aggressive and get on the front foot."