Lewis Hamilton successfully claimed pole position for the 2021 Hungarian Grand Prix, but was booed and jeered by fans in the grandstands at the Hungaroring after the end of Saturday's qualifying session.

And for once, the Mercedes driver didn't mind being on the receiving end.

"Honestly, I've never actually felt so great with the booing," he told former F1 driver Johnny Herbert in parc ferme. "If anything it just fuels me, so I don't really mind it."

"It's definitely great having a lockout for our team. It's the first time in a long time, so big thank you to everyone back at the factory."

The crowd reaction seemed to be in large part in response to what happened at the start of the British Grand Prix two weeks ago when Hamilton clashed with arch rival Max Verstappen, sending the Red Bull spinning off.

There was more controversy in today's session when it appeared that Hamilton and his team mate Valtteri Bottas had successfully sprung a tactical trap to hold up Verstappen and Sergio Perez heading into their final runs at the end of Q3.

It meant that Hamilton's earlier flying lap was quick enough to secure pole position, with Bottas alongside him on the front row for tomorrow's race. 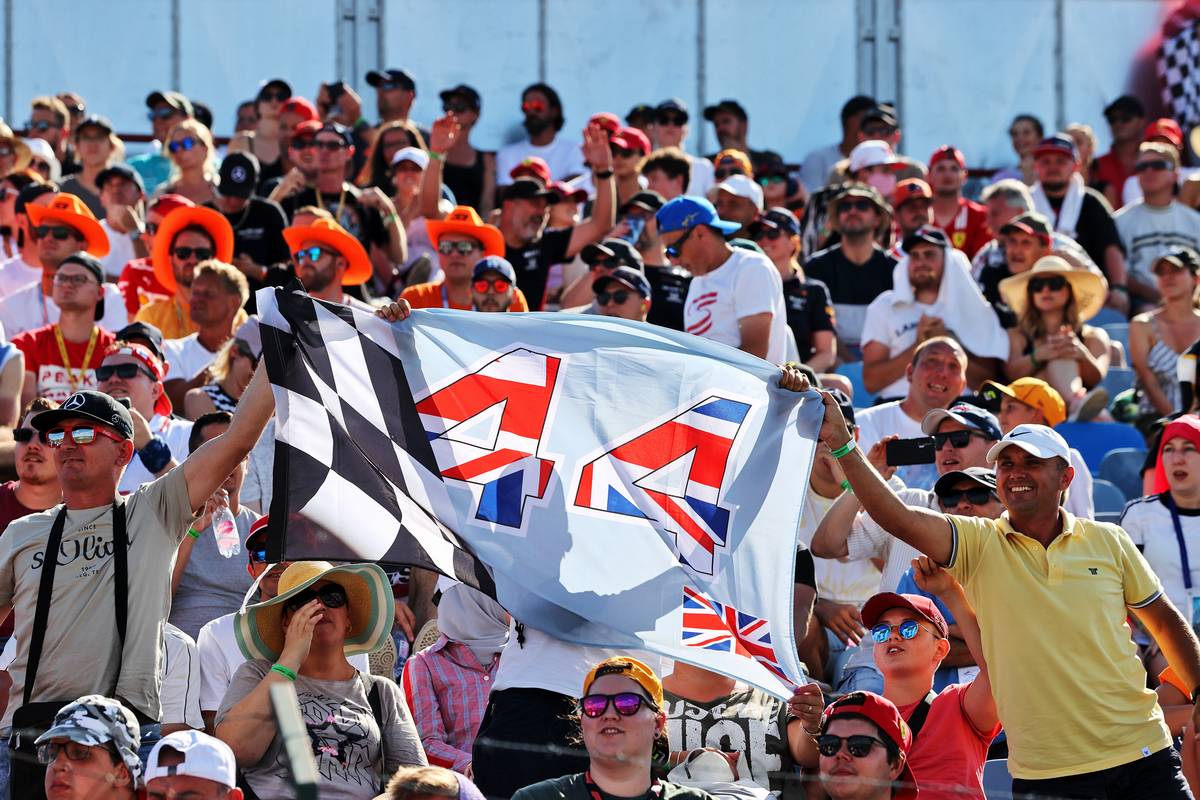 "It was an amazing qualifying lap, that last one," Hamilton said. "I think there has been amazing teamwork from everyone this weekend, Valtteri included. Just trying to push the car forwards, developing constantly.

"The guys back at the factory, just not left any stone unturned, so it's been amazing to see everyone coming together and rallying up and pushing forward.

Both drivers will start on the preferred medium tyres, while the Red Bulls made a surprise change to the soft compound. It will give them an early advantage at the start but force them into an early change and could mandate a two-stop strategy.

"Surprising to see the guys behind us, most people in the top ten are on the softs except for us," Hamilton admitted. "We will see.

Hamilton goes into this weekend's race hoping to score his

Hamilton on pole as Mercedes play games with Red Bull