Valtteri Bottas was predictably taken aim at by several of his colleagues following the Finn's first corner blunder at the start of the Hungarian Grand Prix.

The Mercedes driver suffered a slow start from the front row and then overcooked it while braking into the first corner, hitting the McLaren of Lando Norris who then ran into Max Verstappen.

After the race was red flagged, Leclerc took to Twitter to vent his frustration. "Nice bowling game. So frustrating" wrote the Monegasque.

With Bottas, Perez, Leclerc and Stroll out on the spot, Norris was initially able to return to the pits but only for his McLaren crew to assess the damage and retire the MCL35M.

"Not much to say," Norris told Sky F1. "Just annoyed I guess.

"Lap 1, I don’t know why that has to happen, why risk doing those kind of stupid things. But nothing I can do though. Not a lot to stay." 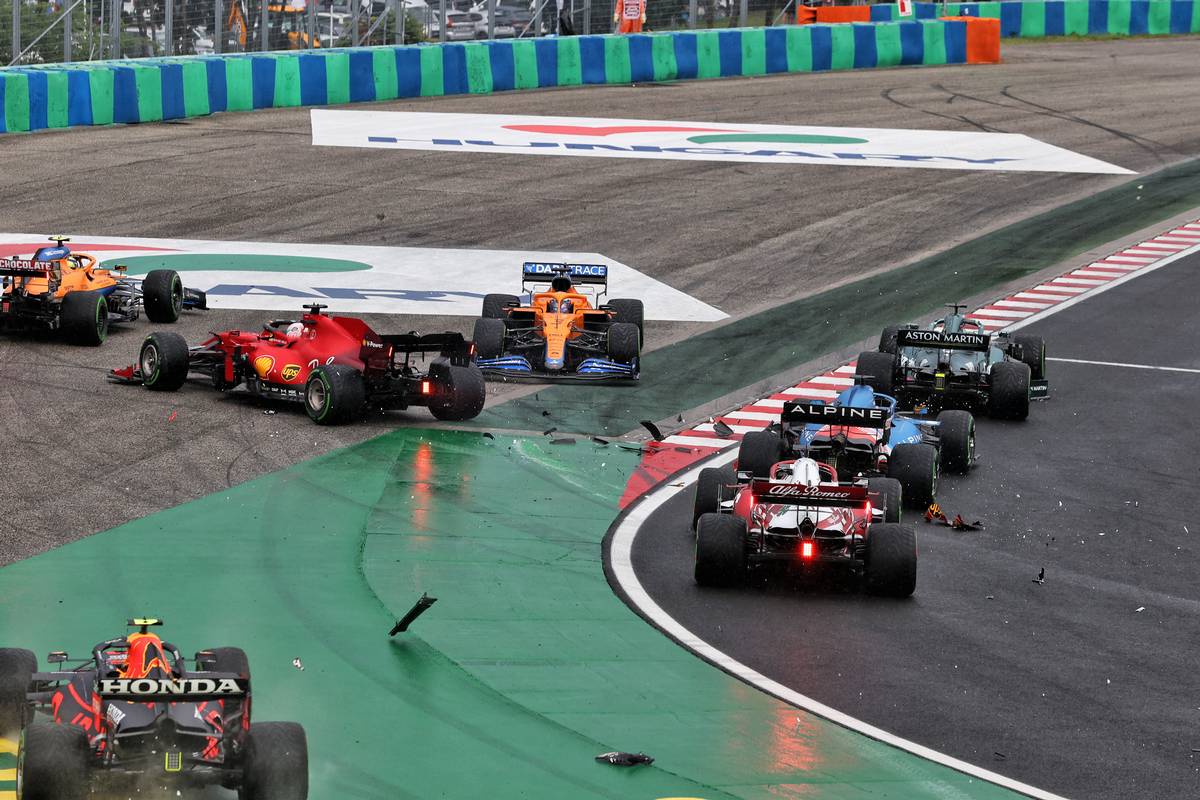 Asked whether Bottas deserved a penalty, Norris said that he hopes the stewards would use "common sense" and sanction the Finn, especially considering that the Briton had been previously penalized for "not even doing anything wrong on other tracks".

As for Perez, the Mexican who had enjoyed a good launch off the grid called the Turn 1 pile-up "unbelievable".

“It's such a shame, I was already up to third place," Perez said.

"I outbraked the McLaren and thought I was well ahead, and unfortunately Bottas did a big mistake and just ruined our race.

"I don't know what else to say. It was all over. The engine is damaged. He went all the way into the radiator."