Valtteri Bottas executed a perfect winning strategy in Saturday's sprint qualifying race, but that doesn't change the Mercedes driver's fate for the start of the Italian Grand Prix tomorrow.

The Finn topped Friday's qualifying and started today's 18-lap event from the head of the field. A good start kept him ahead of Red Bull's Max Verstappen into turn 1, and he went on to win the race.

But while the finishing order sets the grid for the main race tomorrow, Bottas will still start from pit lane after the team opted to incur penalties for restocking his stockpile of engine components.

“It has been a perfect weekend so far and now I have a grid penalty,” the Finn sighed after the end of today's sprint. "That happens.

“For sure it's annoying. We’ve done good [over the] last two days, with good performance, and then you kind of re-set completely for the day after and you start from the back.

“Those are things that are out of my hands," he continued. "I’m not going to waste too much energy or be too negative about it, because there’s absolutely nothing I can do about it.

“The only thing I can do is try my best and go full gas tomorrow." However he does hold on to the points for winning today. "At least I got a few points - every point counts for me personally, and for us as a team.” 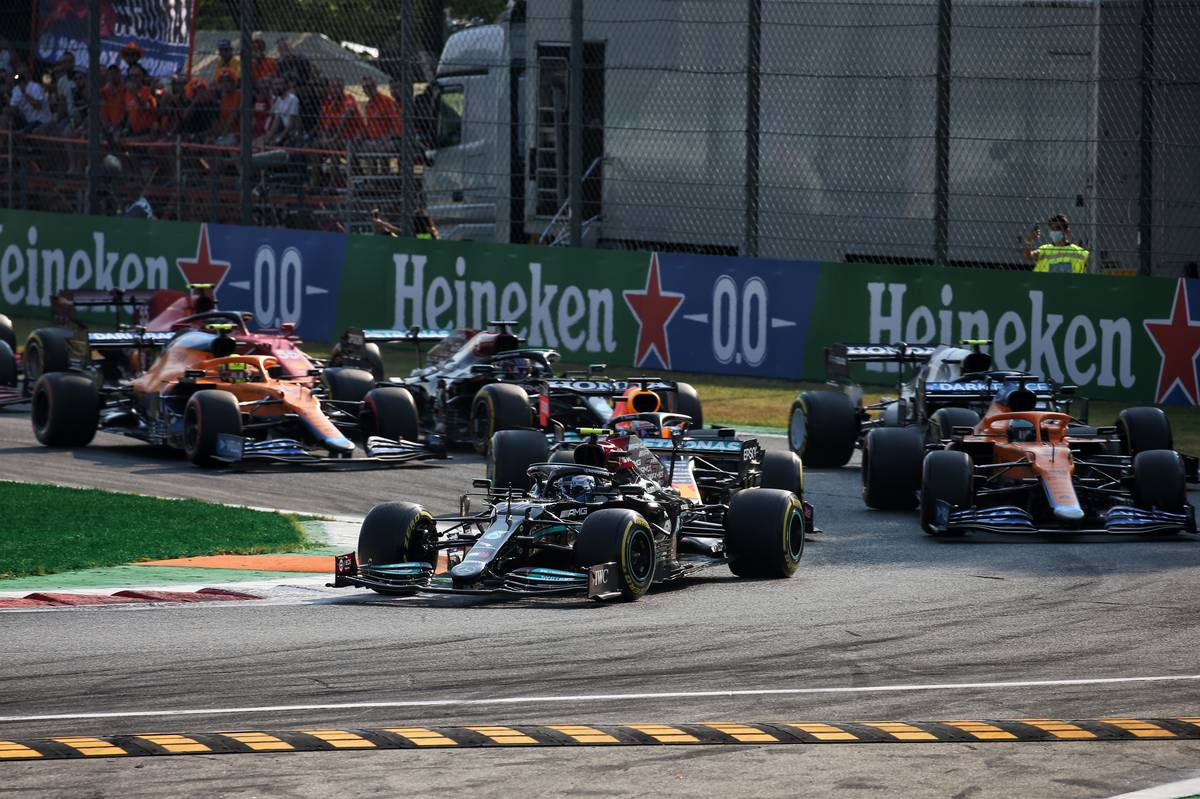 "It’s good to see that we have good speed from the car here, good pace, and I’ll be fighting tomorrow, going as high as I can tomorrow.

“Anything is possible. If you at the race last year, what happened, you never know so I’ll keep pushing."

With Bottas having announced he's leaving Mercedes for Alfa Romeo at the en dof the current season, the team's focus is understandably on throwing everything behind Lewis Hamilton's bid for an eighth title.

But things didn't go according to plan for the reigning world champion today, with wheel spin costing him three places at the start.

He'll now go into the Grand Prix from fourth place on the grid, with Verstappen looking likely to extend his current five point lead in the drivers championship.