With Bottas doomed to start the main event from pit lane after incurring penalties for restocking power unit components, Verstappen's second place in the sprint moves him to the front of tomorrow's grid with Daniel Ricciardo set to start from second and Lando Norris third.

A terrible start for Lewis Hamilton saw the Mercedes drop to fifth at the start of the sprint, before an early safety car for Pierre Gasly after the AlphaTauri was spun off at the first corner. It means Hamilton will start the Grand Prix on the second row ahead of Ferrari duo Charles Leclerc and Carlos Sainz. 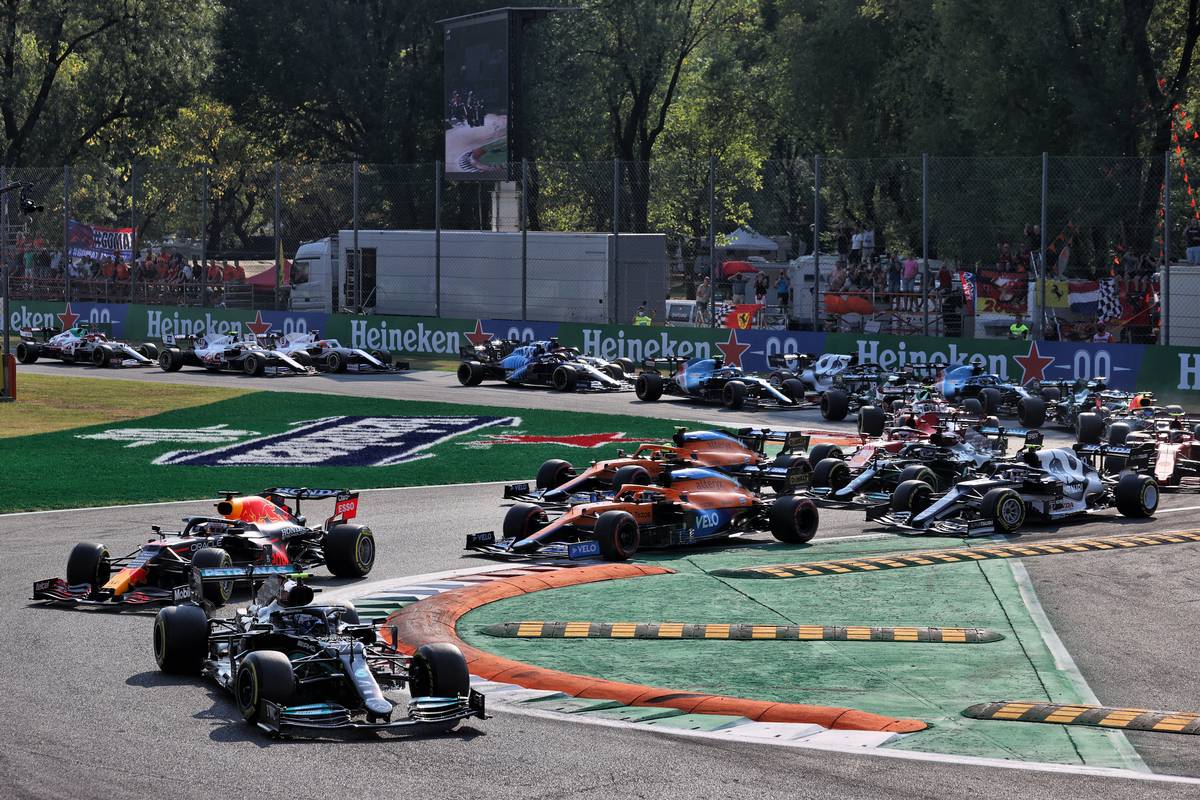 For only the second occasion in the history of Formula 1, it was time for the Saturday afternoon sprint qualifying race to set the order of the grid for tomorrow's Italian Grand Prix at the Autodromo Nazionale Monza. Mercedes duo Valtteri Bottas and Lewis Hamilton had locked out the front row after the formal qualifying session on Friday evening, with Max Verstappen pipping McLaren pair Lando Norris and Daniel Ricciardo to a potentially crucial third place on the grid.

Behind AlphaTauri's Pierre Gasly there was an all-Ferrari fourth row. It had already been a somewhat fraught day for the Scuderia with Carlos Sainz crashing in final practice and Charles Leclerc ending his session early after feeling 'slightly unwell'. Fortunately both drivers were now feeling much better, and the Ferrari mechanics had rebuilt Sainz' car in time for the start of the 30 minute, 18-lap sprint race in gorgeous late-summer conditions.

With a free choice of tyres, the top three had all put caution first by selecting the medium compound while McLaren were the only drivers in the top ten feeling feisty on the soft compounds in the hope that they would last the full 18 laps. When the lights went out, it was a good launch for Bottas and Verstappen but a disastrous one for Hamilton who struggled with wheel spin on the dirtier side of the grid as he tried to get underway. Sandwiched between Verstappen and Ricciardo going into the first corner, he fell to fifth behind Norris. 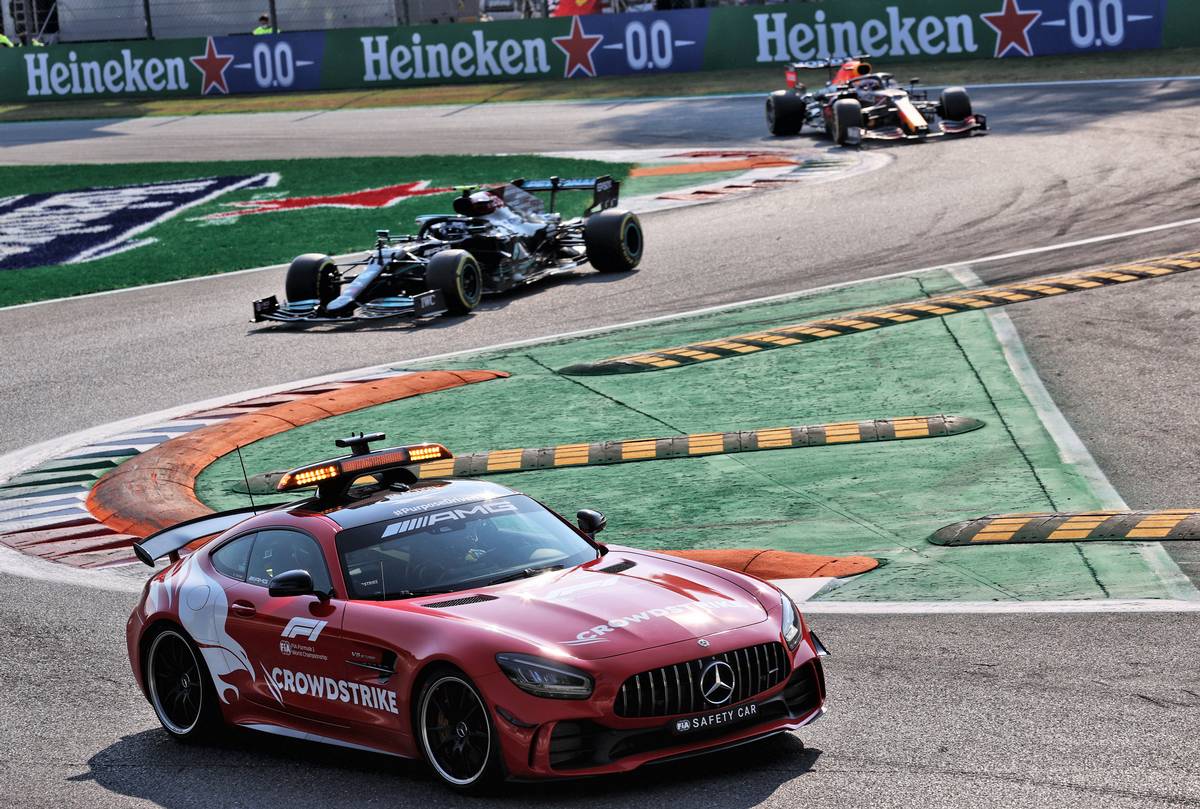 Gasly was also seeking to take advantage of the unfolding situation, but it all went terribly wrong when he clipped the back of Ricciardo, damaging his front wing and kicking him into the gravel. With Yuki Tsunoda and Robert Kubica also making incidental contact at the back, the race was immediately neutralised and the safety car deployed to allow the stricken AlphaTauri to be recovered.

The race resumed on lap 4, Bottas making a good job of the restart from Verstappen but Hamilton unable to do anything about the two McLarens. Leclerc and Sainz were now up to sixth and seventh respectively with Alfa Romeo's Antonio Giovinazzi having gained two spots to run in eighth ahead of Lance Stroll and Sergio Perez.

Bottas had soon pulled 1.6s away from Verstappen, preventing the Red Bull from using DRS, while Hamilton had no alternative but to settle in behind the two McLarens and hope for the soft compound to degrade. In the meantime he applied as much pressure as possible, forcing Norris into repeatedly exceeding track limits at the final corner. Further back, Perez managed to pass Stroll for ninth but was told he'd gone off track in the process, meaning he had to hand the place back or risk a penalty. He duly did so, and on the next lap the Mexican pulled off a much cleaner move around the inside of turn 1 and 2 that this time he was allowed to keep. Fernando Alonso tried to follow the Red Bull, but Stroll was alive to the threat and firmly slammed the door in time. 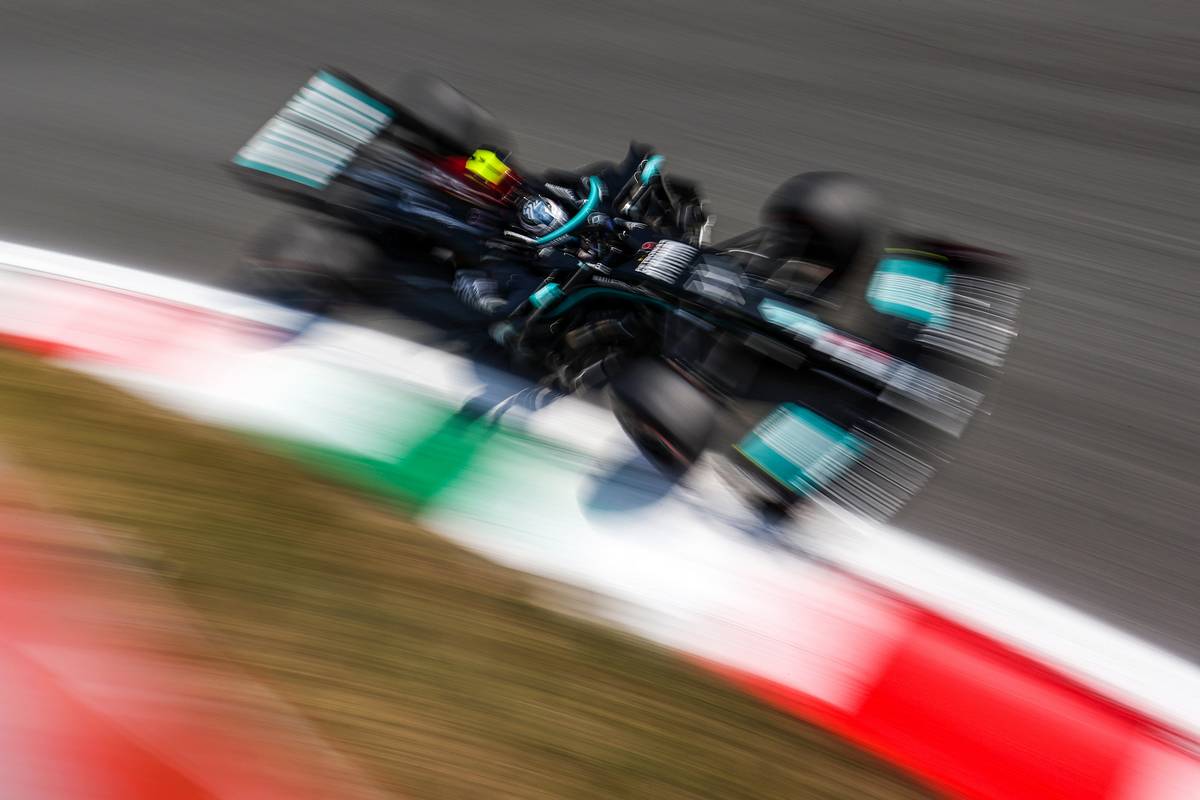 After easing off to allow the tyres to cool off, Hamilton was once again bearing down on Norris who had fallen away from his team mate meaning he had less of a tow to pit against Hamilton's DRS. Despite that there was no way through for the reigning world champion, with McLaren's soft tyre gamble ultimately paying off handsomely with little deterioration in the tyres before the finish.

Bottas cruised to victory by two seconds over Verstappen, the pair having pulled well ahead of Ricciardo, Norris and Hamilton. Leclerc, Sainz and Giovinazzi ran without incident to the finish line with Perez holding on to ninth from Stroll followed by Alonso and Sebastian Vettel.

Esteban Ocon had made little progress (other than from Gasly's retirement) and finished in 13th ahead of Nicholas Latifi, George Russell, Yuki Tsunoda and Nikita Mazepin, with Robert Kubica avoiding the wooden spoon in 18th ahead of Mick Schumacher and Pierre Gasly the biggest loser as the sole retirement of the afternoon.