Daniel Ricciardo was reprimanded by the Russian Grand Prix stewards while McLaren was also given a warning for impeding Aston Martin's Lance Stroll in qualifying in Sochi.

Ricciardo was on a slow lap in Q1 and unaware that Stroll was fast approaching as McLaren had failed to inform the Aussie of the Aston Martin driver's pace, believing the Canadian was also on a slow lap.

However, with visibility conditions deemed as mitigating circumstances, team and driver were only given a reprimand and warning respectively.

The sanction therefore will have no bearing on Ricciardo's starting position for the Russian Grand Prix.

The McLaren driver will line up P5 on Sunday's grid after a productive shootout capped by teammate Lando Norris' pole position, a feat last achieved by a McLaren driver – Lewis Hamilton – in Brazil in 2012.

"Congrats to Lando on his first pole, and to the team – to keep the momentum of Monza is really cool. So, everyone is really upbeat," said Ricciardo who rejoiced in Norris' dramatic exploit.

"I’m glad we got to get the session done – who would’ve thought we’d finish on slicks when there was a chance of not even doing qualifying today!" 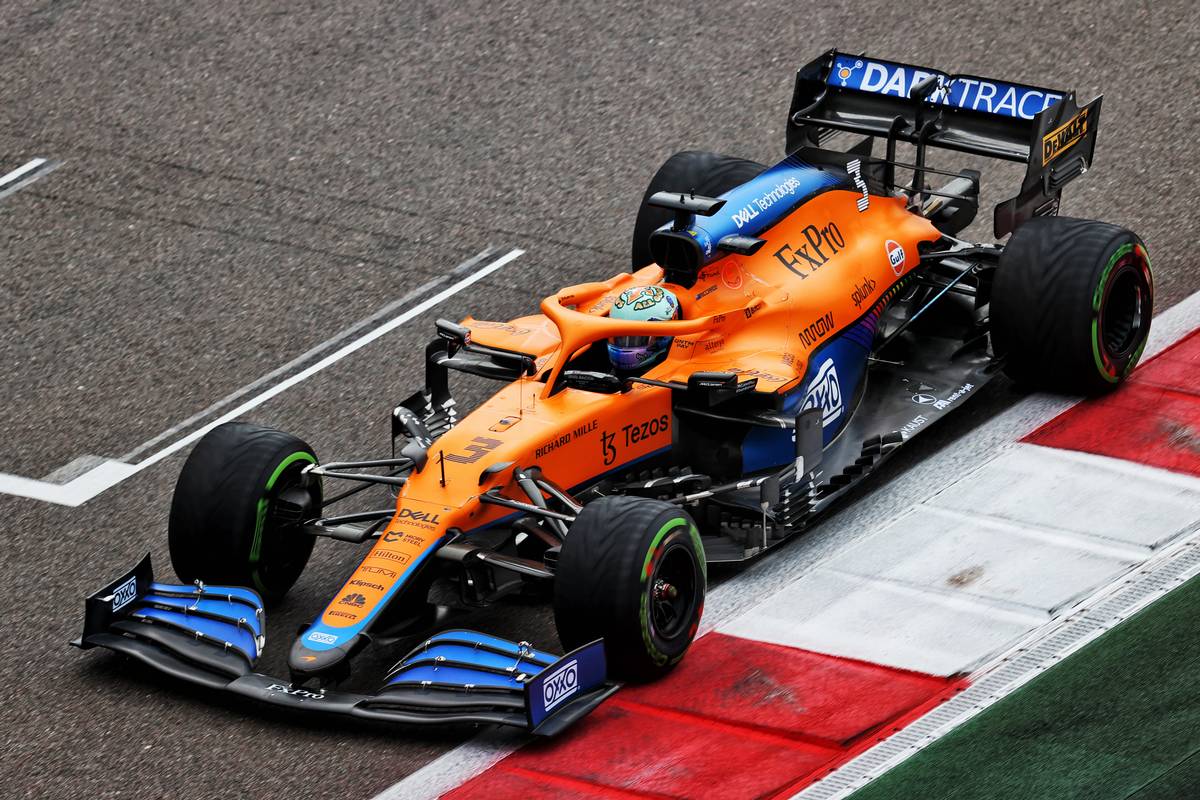 Despite the treacherous conditions, the Honey Badger admitted that he had enjoyed the session and the final shootout.

"So, it was fun," he added. "It was actually really fun! We enjoyed it.

"From a position point of view, I’m okay with fifth. I think it obviously puts us in good shape for tomorrow.

"Those conditions today were so hit and miss, you could gain or lose time so easily. There were certainly a few corners that bit me, but it’s all good. We learn from it.

"I’m pretty pleased. Congrats to the whole team – it was exciting, it was fun and now let’s keep the train going!"

Unbeknownst to many, September 25 would have marked the 69th birthday of the late Mansour Ojjeh who passed away last June.

The date wasn't lost on McLaren team boss Andreas Seidl who dedicated Norris' pole to the memory of the prominent McLaren shareholder.

"We’re dedicating pole position to Mansour Ojjeh – today would have been his birthday – and looking forward to what should be another exciting Formula 1 race tomorrow.

"We have a competitive car and are in a great position to score good points."

Hamilton: Pitlane blunder not the result of 'pressure'