Lando Norris cast a defeated figure after Sunday's dramatic Russian Grand Prix, admitting that his call to ignore his team's timely advice to pit for intermediate tyres in the closing stages of the race was wrong.

Norris was narrowly leading and holding off a charging Lewis Hamilton with a handful of laps to go when a bout of rain hit an area of the Sochi track.

The late shower saw the bulk of the field head to the pitlane for a tyre change, but Hamilton was among those who stopped the latest, having initially ignored a first call from the Mercedes pitwall.

Norris was also encouraged to make a quick switch by his McLaren team but the race leader elected to press on, until conditions worsened and significantly hampered the slick-shod Briton's pace.

As he slid off the road on multiple occasions and Hamilton slipped through at Turn 5 to take the lead, Norris finally made a late stop two laps from the checkered flag, but the overdue move left him a lowly P7 at the end of the day.

"I guess we made a call to stay out," Norris said. "I think we stand by that call of course. It was the wrong one at the end of the day, but I made a decision just as much as the team.

"In fact, it was more that they thought I should box and I decided to stay out. So it was my decision. I thought it was the way to go."

On a track that was initially damp in only a few corners, Norris thought that he could pull off another remarkable win for McLaren. But as the shower intensified and spread to other parts of the circuit, the Briton quickly realized that his fate was sealed.

"I felt I did everything I could, even when it got tricky at the end," he explained. "I made a couple of mistakes but still kept Lewis behind and started to pull away a little bit.

"So it was a bit of luck, like the laps I was out before Lewis boxed, it was I think perfectly fine for the tyres I was on, and I got told the rain was going to stay the same.

"If it was the same amount then we made the right decision and I think staying out was the correct decision. But it obviously got a lot wetter than we as a team expected and that had us over in the end." 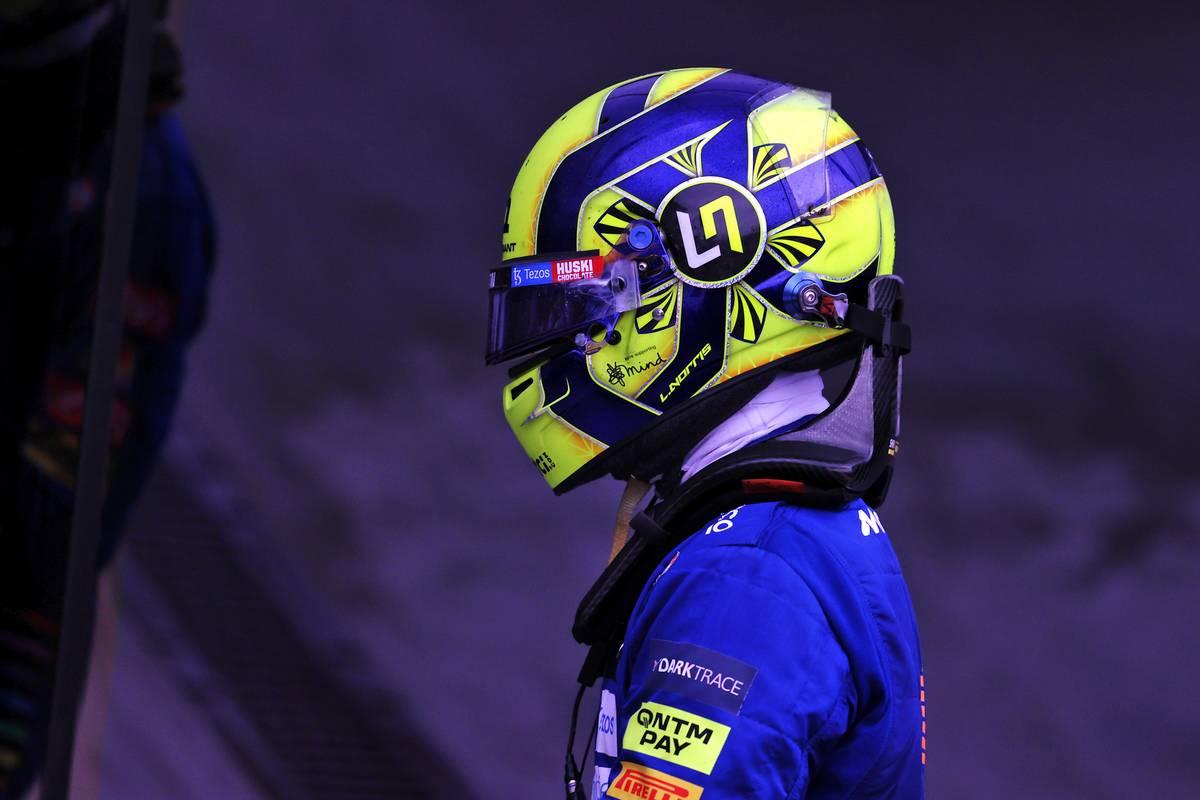 Norris admitted that making the call with the checkered flag in sight was a very difficult decision.

"If there are 20 to go you are maybe not as aggressive with decisions, but we did what we thought was right, which I'm unhappy with of course," he added "It was wrong at the end of the day.

"Everything until then, the guys did an excellent job and have done all weekend.

"So I'm happy with basically everything apart from that one decision which we'll review and hopefully try not to make again."

To add insult to injury, Norris was summoned to the stewards' office after the race for crossing - or rather sliding across - the pit entry white line just before his late stop to change tyres.

The inadvertent infraction due to the damp track could earn the McLaren driver a time penalty that could potentially set him back several spots in the race's final classification.

Update: The Russian Grand Prix stewards handed a reprimand to Norris for "crossing the painted area between the Pit Entry and the track". The McLaren driver therefore remains seventh.