Max Verstappen started the 2021 Russian Grand Prix from the back row of the grid, and even fighting back into the points looked like a tall order for the Red Bull driver this weekend.

Instead he ended the race in second place, the best damage limitation exercise possible in his ongoing battle with Lewis Hamilton for this year's drivers championship.

"To come from last to second is very, very good," he told Sky Sports F1 after the end of a dramatic race. "With the penalty we had, to only lose one spot basically is definitely not too bad.

"When I woke up this morning, I definitely didn't expect this result!" he admitted.

Verstappen made up four places on the opening lap alone, and maintained his momentum all the way through to his scheduled mid-race pit-stop by which time he was up in fifth place.

Although his stop meant that he dropped outside the points again, it wasn't long before he was gaining places once more. By the time the rain started to fall he was in seventh, seemingly as good as it was going to get for him on Sunday.

But an early decision to come back to pit lane for intermediate tyres proved a huge call by the team that shot him up to second place as other drivers including race leader Lando Norris struggled to cope with the soaking conditions.

"The race itself was not very easy as it was very difficult to pass," he said. "Once you got stuck it was very easy to damage your tyres.

"A lot of things can happen when you’re starting from the back of the grid, especially on the first lap when other cars are fighting each other, but we stayed out of trouble, kept it clean, and managed our race very well.

"We managed all of that very good, and the crucial call to go to the inters worked out," he noted. "The rain helped us to make that last jump. I think we decided at the right time to pit. 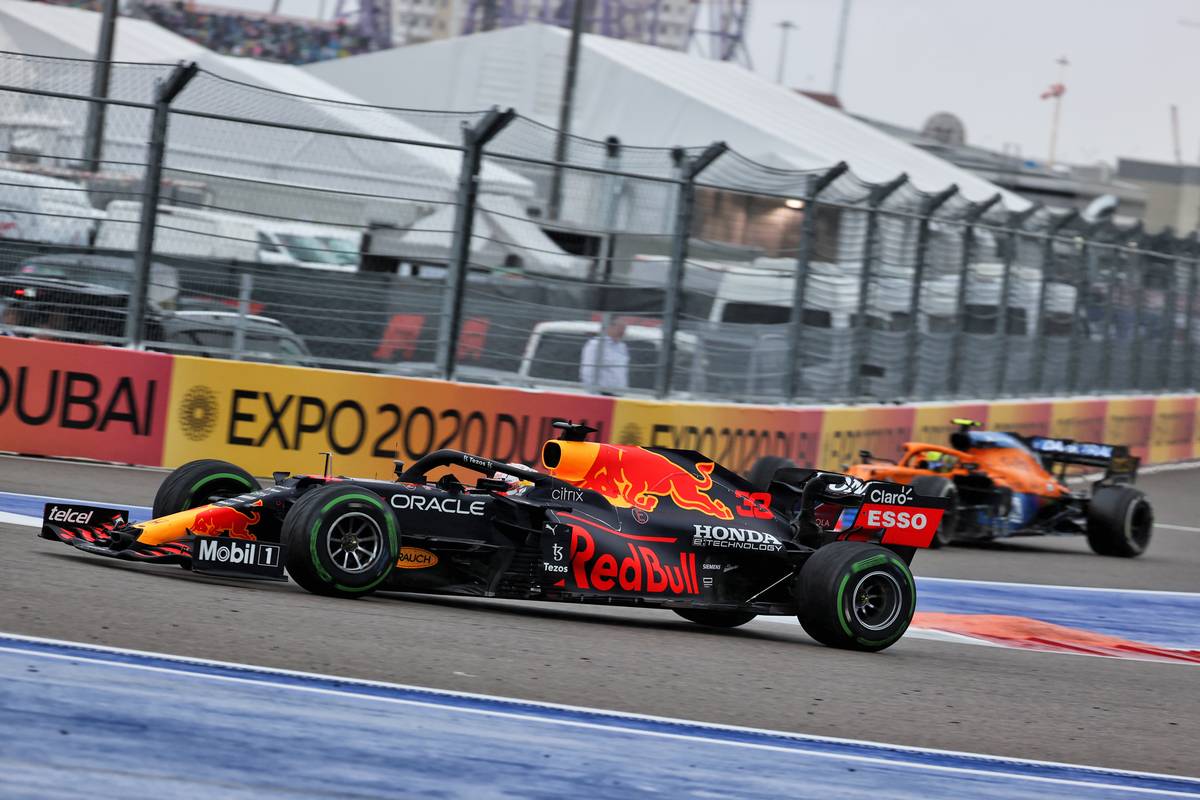 "It was pretty tricky on the in-lap to make the call to go to inters," he added. "I think we decided at the right time to pit, because if we would have gone one lap earlier you'd've probably destroyed the inters in the last sector.

"It was really slippery on track and we made a great decision with the timing and took the right lap to pit."

Red Bull boss Christian Horner agreed with his driver that today's result had been as important to them as any win.

"Today was like a victory for us," Horner said. "To come from 20th on the grid to second, I think if anybody had offered us that [then] we would have bitten your arm off.

"Max got the call right to go on the inters and it worked out well for him," he continued. "The rain the last five laps came at the right time."

Even though Verstappen is now two points behind Hamilton on the standings, Horner added that today's result boded well for Red Bull's prospects in the remaining races of the season.

"To come away from two Mercedes strongholds with only a two-point deficit in the drivers' championship is hugely encouraging," he said.

"I don't think there's any circuit that stands out as strongly [for Mercedes] as Russia and Monza. You could say it's 50-50 in what's left on the table."