Carlos Sainz says an effort late in Q1 to prevent a rival from making the Q2 cut in qualifying in Turkey worked to perfection with direct rival Daniel Ricciardo falling victim to the Ferrari driver's cunning plan.

A back row start to his Turkish Grand Prix due to an engine left Sainz with little reason to charge ahead in Q1.

But rather than trod around in the opening segment for qualifying, the Scuderia driver lent a helping hand to teammate Charles Leclerc before indulging in a flyer late in Q1 that coincidently knocked out from the session one of Ferrari's direct rivals in the Constructors' championship: McLaren's Ricciardo.

"Basically, I was driving around trying not to set a competitive lap time, just to make sure the other car was making it to Q2," Sainz said as he recounted his crafty strategy.

"And then once Charles was safe, I tried to push one lap to try and bump out a car from Q2, and coincidentally that car was Daniel, our direct competitor in the championship. 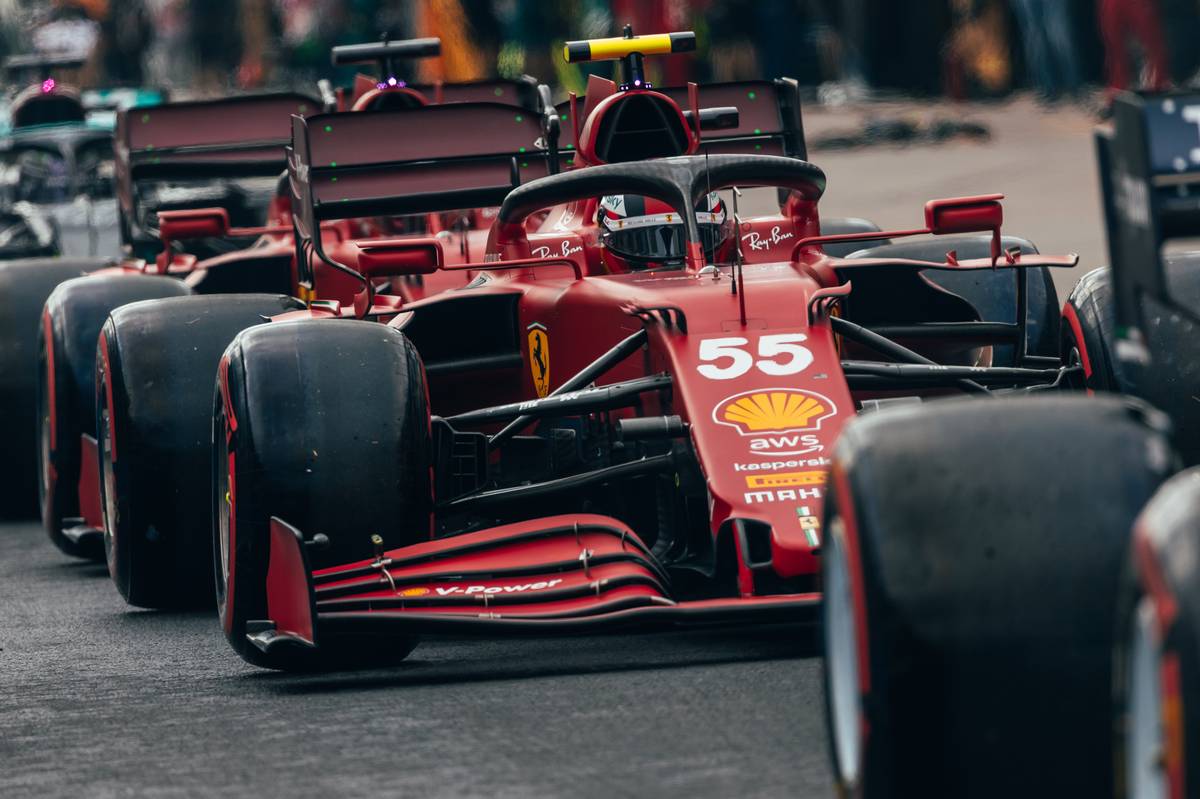 "So the plan was executed perfectly, also with a tow to Charles in Q2.

"It was exactly the plan that we had today. Actually it was a bit of a strange plan, but it worked perfectly for the team, and for me.

"We did what we had to do today, obviously still regretting a bit the fact that I'm not part of a normal day when the car is the most competitive it's been in the last 10 races.

"It is what it is. We will try and make it through tomorrow."

Sainz admitted to venturing a bit into the unknown while starting from the back of the grid, not knowing how his overtaking efforts will pan out around Istanbul Park.

"It will all depend how easy it is to overtake tomorrow," he said. "If it is fairly easy I will give it my best shot. Then if it's difficult to follow in Turn 8, in Turn 9, then it might be a frustrating afternoon.

"Our simulations don't predict how easy it is to overtake. So it's all by feeling with the car, and how much dirty air the car receives from the car in front.

"On pure pace we're obviously good enough for a top five, and starting last that's a lot of positions to recover."

Istanbul Park Speed Trap: Who is the fastest of them all?