Red Bull motorsport boss Helmut Marko says the impressive straight-line speed of Mercedes in Turkey was as if its W12 had run with DRS open for the entire race.

Red Bull conceded another defeat to its arch-rival at Istanbul Mark, with Valtteri Bottas winning Sunday's round ahead of Max Verstappen.

Although the Milton Keynes-based outfit expected Mercedes' superiority in Turkey, the top velocity of the German outfit's car raised many eyebrows once again in the Red Bull camp.

"We have to think of something, because Mercedes are so fast on the straights," said Marko, speaking to Austrian broadcaster ORF.

"They were almost 15 km/h faster here, like when you drive with DRS. It's been like this since Silverstone and the gap is only getting bigger.

"That engine superiority, I don't know what it is and what we can do about it. We need to optimise our chassis even more so that we can balance it out again somewhat." 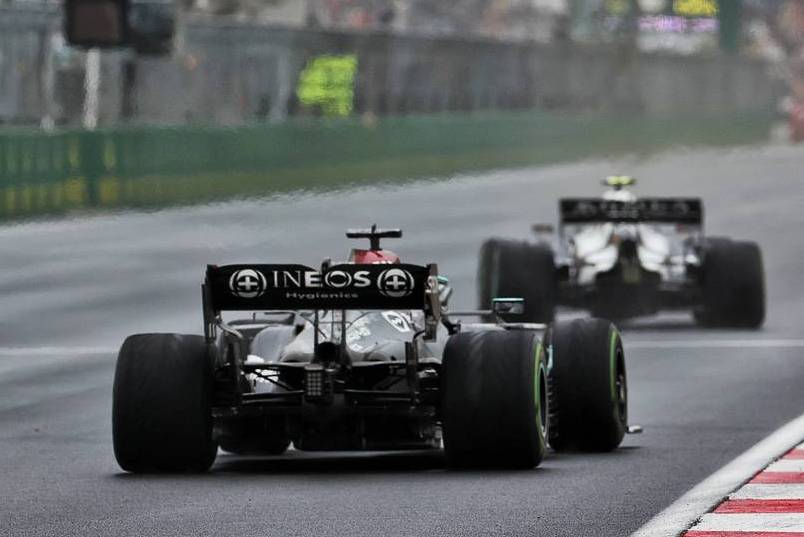 Red Bull team boss Christian Horner echoed Marko's concerns after Sunday's round of racing in Istanbul, having stated earlier in the week that there was "something strange" about Mercedes' straight-line speed since Silverstone back in July.

In August, Red Bull sent an inquiry to the FIA regarding the sensors of the Mercedes power unit that record the engine’s inlet plenum temperatures, suggesting that the combination of lower temperatures and denser oxygen can create higher combustion levels.

"We raised some questions as all teams do," Horner told Sky F1. "It wasn't just Red Bull by the way, it was other manufacturers raising questions as well.

"It's down to the FIA to look at for them to police, but when you've got straight-line speed that's greater then with the DRS open, that's pretty impressive.

"It's down to the FIA to continue to look at these things.

"We've got to find a little bit of straight-line speed," added Horner. "Maybe they were running a different downforce configuration, but we've got some speed to find.

"We've got some tracks coming up that hopefully suit us, but we know Austin is Hamilton territory, so we're going to have to be on our A-game."