Lando Norris believes his seventh-place finish in the Turkish Grand Prix was the best he could achieve in a race marked by difficult conditions at Istanbul Park.

Like his colleagues, the McLaren driver's focus was on tyre management for most of Sunday's race, an exercise he dealt with well as he sought to extract the most from Pirelli's intermediate compound.

"It was a very tricky race, just because of the conditions that made it very difficult; how much to push on the tyres, how much to not to, when to pit…

"It was just really up and down as the tyres go, as they almost went to a slick tyre – the intermediate – which is like very good for a short period when the track's dryish, but if it becomes too much of a slick, it becomes a slick tyre and it was too wet for slicks as I think everyone saw Sebastian [Vettel] show.

"It was just very difficult, very easy to make mistakes and go off and spin and so on… P7 doesn't sound good, but it was the best we could do." 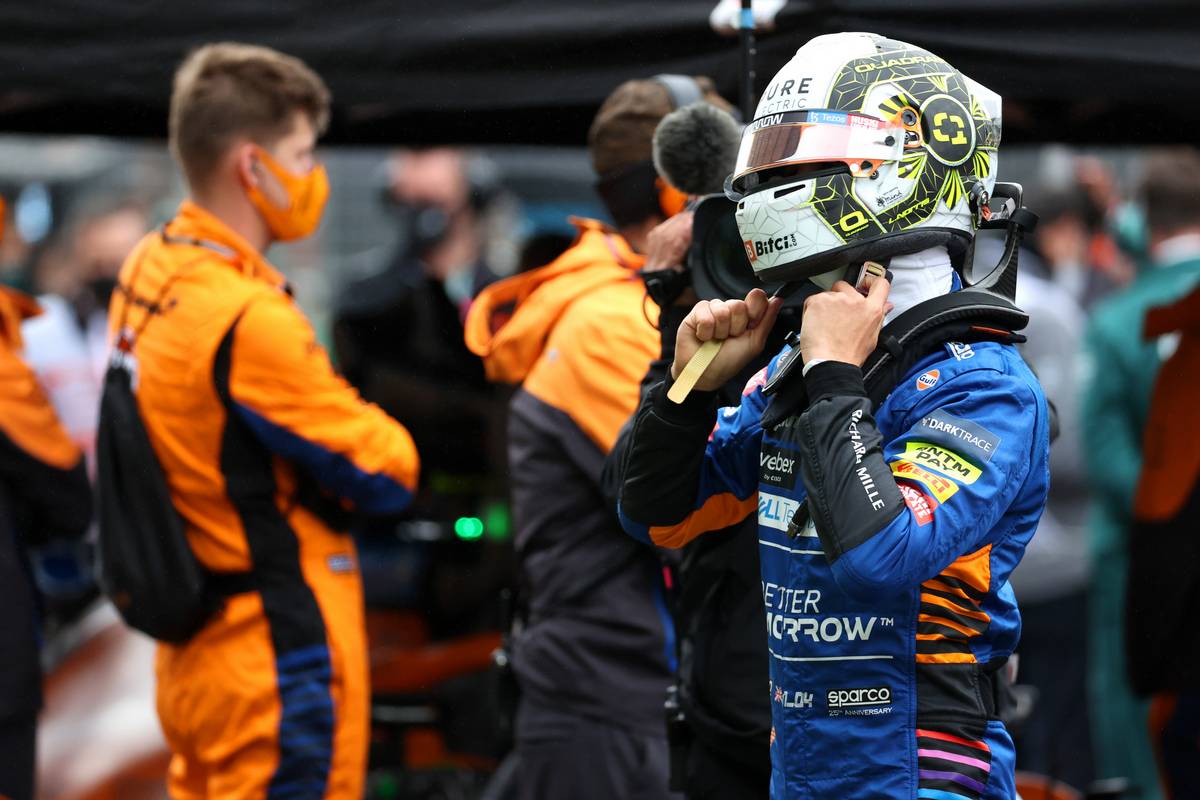 Norris admitted to feeling apprehensive – even 'scared' – at the start of Sunday's proceedings because of the limited visibility due to the amount of spray out on the track.

"The laps to grid, you basically can’t see a thing," he said. "I was quite scared, actually, how bad it was and even on the first lap.

"But I think the first lap, I managed to get a gap and control it very well from then on. I think it’s because the water sits on the surface quite a bit.

"It didn’t dry, so there’s always a bit of water on it, it’s not down in the cracks."

The Briton concluded his day just 2.9 seconds adrift from Pierre Gasly, and while the McLaren driver could hold on to the AlphaTauri in the closing stages of the race, overtaking the Frenchman was a near impossible task.

"The last few laps we obviously got a bit closer to Pierre [Gasly], to Lewis [Hamilton] and to Charles [Leclerc], but when you're roughly at a similar pace and you're going fast, it becomes more difficult to overtake.

"When I caught Pierre, I was so much quicker, but there was so much dirty air, especially when you need every bit of grip possible in the tyres, one bit of dirty air made a massive difference and it was too much of a struggle.

"We tried but I think P7 was what we could achieve."