Lando Norris acknowledges that he is naturally "a negative guy", but the McLaren driver says his tendency to self-deprecate isn't necessarily a bad thing.

Norris' third season in Formula 1 has seen the 21-year-old's stock continue to trend higher, supported by his strong level of performance, reliability and consistency.

In Russia, the McLaren charger and poleman was three laps away from snatching his maiden Grand Prix win when the elements thwarted his remarkable efforts.

But the truncated ending to his race that day took nothing away from a flawless display and a performance that were an appropriate reflection of his progress this season.

And yet, Norris insists his feat in Sochi didn't shine a new light on his ability to lead and potentially win. It just confirmed what he already knew.

"I don’t think Russia made me suddenly think I’m able to win a race," he told F1.com. "I felt capable early in the season, almost for the whole of this year.

"The pressure and the decision making is always different if you’re leading to if you’re second, third, fourth or whatever. But I don’t think it changed anything.

"It just backed up the feeling I had already, that I felt confident enough that if I’m in the lead, or if I have that opportunity to take the lead or whatever it is, I’m capable of leading the race, making the correct decisions – sometimes! – and being able to win a race." 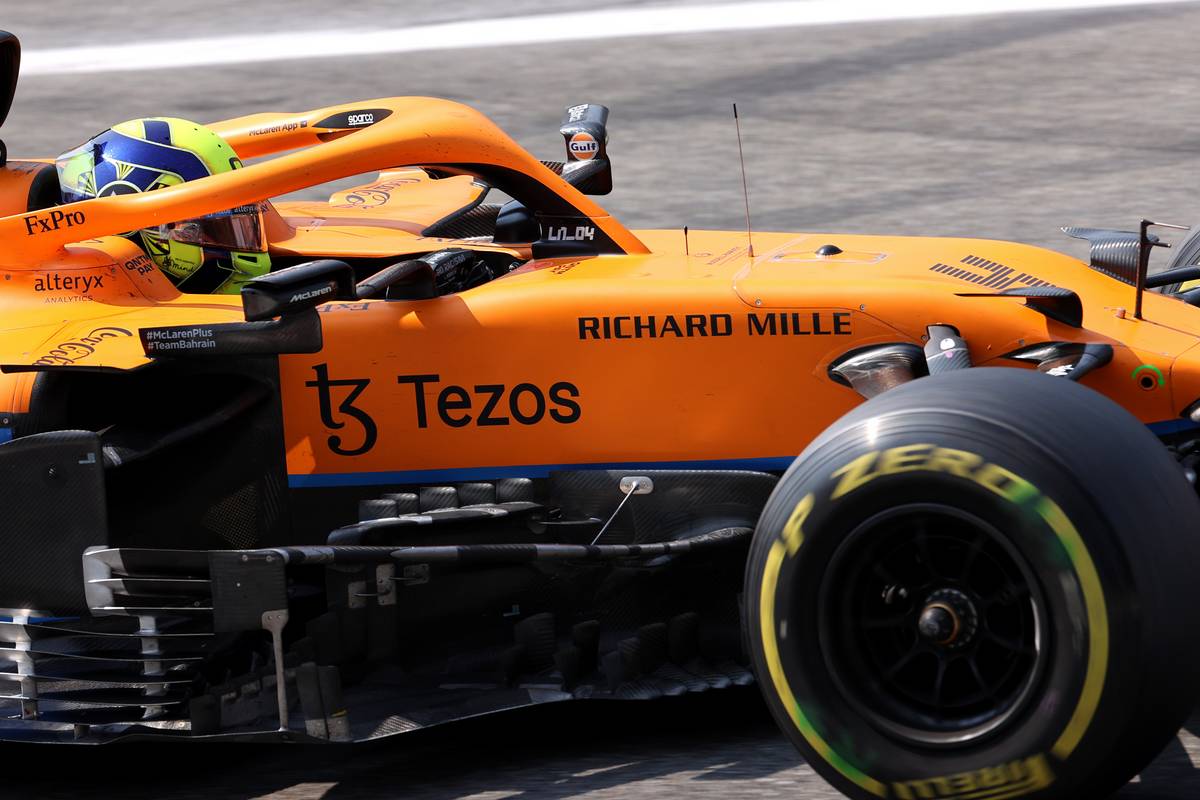 Norris' showcase performance in Russia generated raving reviews. But again, the McLaren driver will take the praise in his stride but won't get carried away. And for good measure, he'll even focus on the negatives rather than on the positives as he follows the attributes of his character.

"I don’t think I get carried away by anything," he says. "I guess I always see more the negatives than positives in situations.

"I have to get reminded to think of the positives but I don’t think that is necessarily a bad thing.

"Maybe in some scenarios it is, but I guess it puts a lot of focus on me – I’ll remember the good things, but it makes me work hard to avoid the negative.

"I spend a lot of time and effort going through my own stuff, own mistakes and faults, but also the team’s faults and what we do as a team, reviewing those negatives and trying to make them a positive for next time. It’s good.

"I’m a negative guy but I’m sometimes positive when I need to be. When I am negative, it’s more for my own benefit, to make sure I do a better job next time."

McLaren team boss Andreas Seidl, who has saluted Norris' forward march on multiple occasions this season, is a big fan of his driver's self-critical attitude.

"In F1, he’s only in his third year now but it’s impressive to see what he is pulling off inside of the car but also outside of the car in terms of how he works together with the team, how he voices clearly what he needs from the team in order to perform," said Seidl.

"He’s very self-critical as well and he’s the first one to raise his hand if something went wrong on his side.

"That’s an attitude I like a lot, we like a lot in the team. I want to have this culture from every single member of the team as that’s the only way of getting better as a team and moving forwards."