Daniel Ricciardo says he would have gone all emotional and "cried a little bit" had he heard first hand Dale Earnhardt Jr's reaction to his demo run onboard his legendary father's car at COTA.

As a token of Zak Brown's appreciation for Ricciardo bringing McLaren back into the winner's circle at Monza last month, the McLaren boss entrusted to his driver at COTA on Saturday the 1984 Chevy Monte Carlo once raced by the Aussie's childhood hero, the late Dale Earnhardt Sr.

Ricciardo entertained himself and the F1 fans at the Circuit of the Americas with a few loud laps onboard the historic Wrangler machine.

Later in the day, Earnhardt Jr took to Twitter to convey his heartfelt feelings on the demo run.

"I’m happy for Daniel," wrote the two-time Daytona 500 winner. "I’m also appreciative for how he celebrates my father. That makes a lot of dads family members and fans smile." 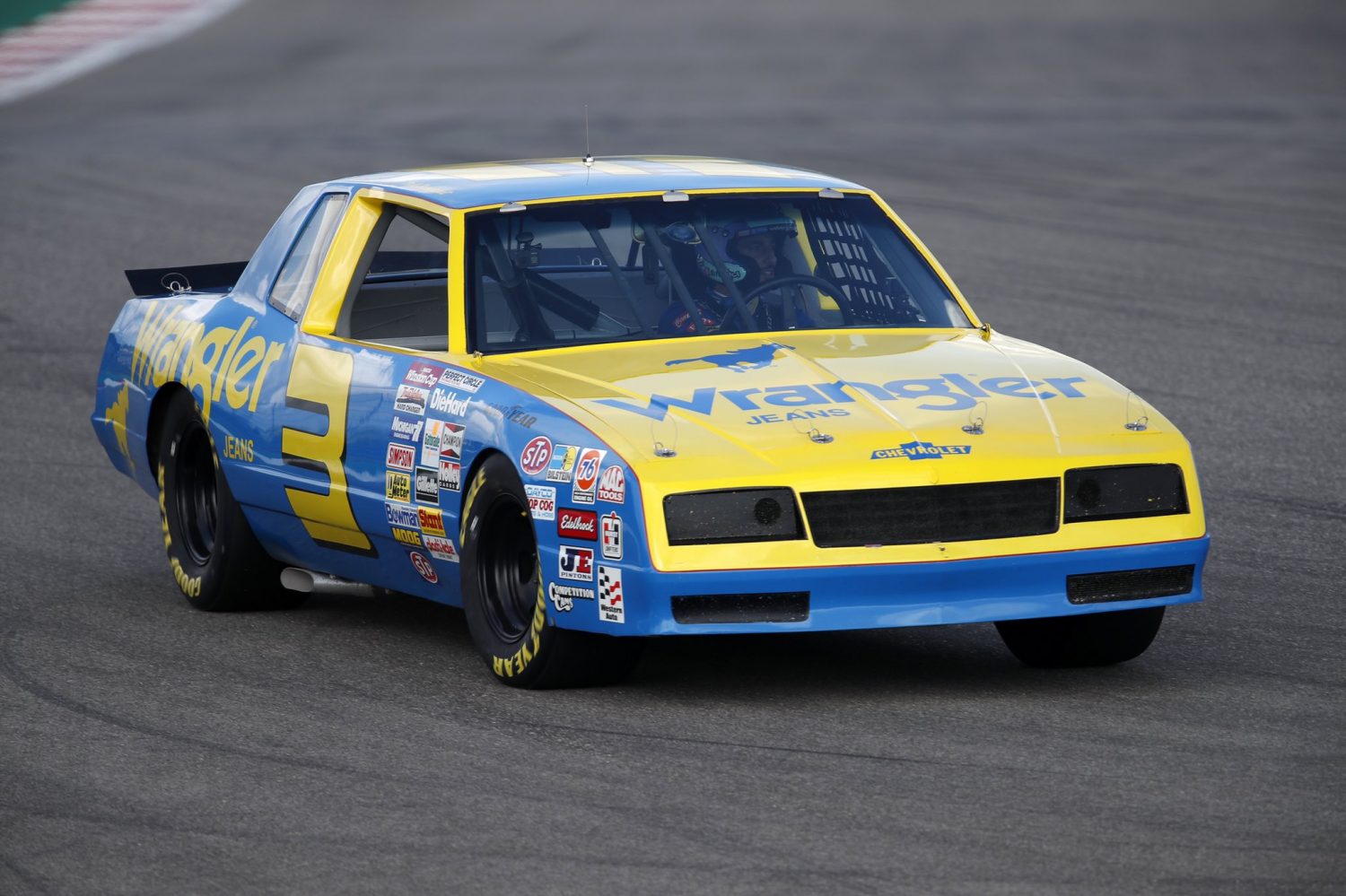 When made aware of Dale Jr's comments by F1 reporter Will Buxton, Ricciardo admitted that he would have perhaps broke down had he heard them in person.

"When Will Buxton told me [about his comment] at the end of the interview, I immediately got goosebumps," said the McLaren driver.

"Honestly, if we’d been in a private setting and he [Dale Jr] told me that one-on-one, I think I’d probably have cried a little bit.

"It was pretty crazy – like, happy-crazy – to be appreciated by that family in general. I’ve been such a fan.

"After Senior, I was a massive fan of Junior. I was watching every NASCAR race for years. I’d wake up and watch Junior try and win the 500 every February.

"It was pretty cool just to be recognised and appreciated for having support for his dad."

Ricciardo added that he had been left spellbound by his demo laps onboard Earnhardt's Chevy.

"I got my kicks out of it because it’s so raw and foreign. The noise, smashing gears, the driving position… Like everything’s quite unique."