Lewis Hamilton has opened on his close relationship with physiotherapist Angela Cullen and paid tribute to the Kiwi for her unwavering omnipresence and contribution to his success in F1.

Cullen is a ubiquitous presence in Hamilton's life on the road, and her job description includes a lot more than ensuring the Mercedes driver's physical and mental preparation on race weekends.

The 47-year-old married mom of two was assigned to Hamilton in 2016 by Hintsa Performance, the science-based high-performance coaching company founded by the late Dr. Aki Hintsa, the orthopaedic and trauma surgery specialist who looked after two-time world champion Mika Hakkinen during his career in F1.

A guardian angel of sorts who has been at Hamilton's side since 2016, Cullen also looks after the Briton's diet, agenda, travel arrangements and much more.

Hamilton explained how he had always struggled without a dedicated physiotherapist before hooking up with Cullen.

"Angela and I are naturally incredibly close, we pretty much live together," Hamilton explained.

"We're close friends also so I'm very, very lucky to have found Angela because she's a very special human being. 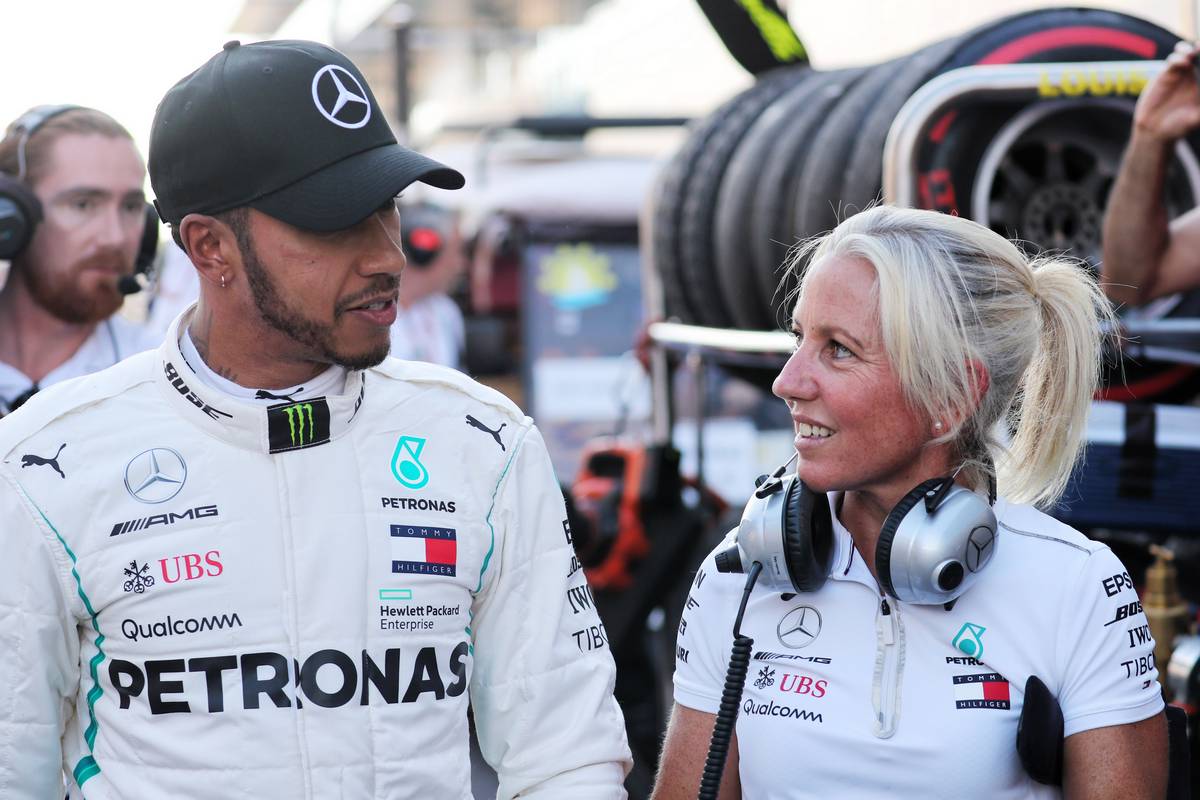 "When I got to F1 I didn't have a trainer and when I got there I was given a trainer at the time, they're all called physios. And, a couple of the trainers I had were not physios, but they were called physios for the race weekend.

"And it was usually a guy that I was working with, would be on the road with me and train with me.

"And then I started to notice I was having issues every now and then again with small injuries popping up, or you realise you've got a neck problem or whatever it might be.

"And I never had anyone to be able to fix that, and it's not until after I look back and I'd see Angela.

"So I said why don't you come on the road with me, because I'm not training on race weekends, I need physio that knows my body and knows what it needs to be as prepared as possible for a race weekend, and then when I'm away I can train with her.

"We've grown together in terms of how we manage our weekends, how we prepare, taking the least stressed route, and just making sure I'm as fresh as I can be when I get in the car."

Hamilton says Cullen's contribution has been invaluable over the years, and remains crucial to his well-being and form.

"We’ve grown together in terms of how we manage our weekends, how we prepare, taking the least stressed route and just making sure that I am as fresh as I can be when I get into the car," the seven-time world champion added.

"I don’t think that this year has brought us any closer than any other year because we’re incredibly close as it is but we love our job.

"We love doing what we do, we love doing it together. I am incredibly grateful to be able to have her on the road with me. I don’t think I could do it without her."