Lewis Hamilton vows to emerge unscathed alongside Max Verstappen from the first corner at the start of the US Grand Prix, but the Mercedes driver does not believe that Sunday's race will be decided at Turn 1.

Red Bull's Verstappen set the pace in qualifying on Saturday at the Circuit of the Americas, edging Hamilton by 0.209s, ensuring that the two championship contenders start on the front row for the seventh time this season.

The fierce and thrilling battle between Verstappen and Hamilton has produced several flash points and two high-profile crashes, at Zandvoort which the Mercedes driver survived and at Monza where both drivers retired on the spot. 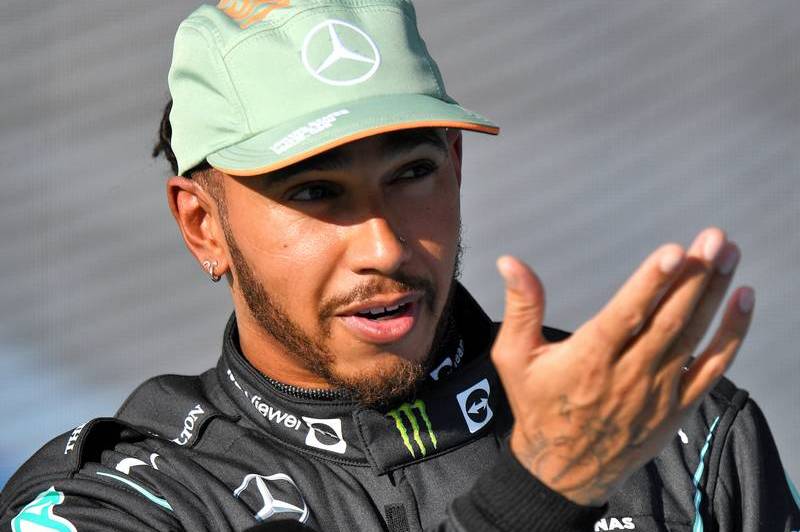 Hamilton is nevertheless hoping for a clean run up the hill and entry into Turn 1 at COTA this afternoon.

"I hope we'll make it through Turn 1 and we get a good race," said the seven-time world champion. "[But] I don't think it's all decided on Turn 1."

Verstappen is also determined to make it a drama-free start "like we always try, as professionals", said the Dutchman.

But the Red Bull charger took exception with the suggestion that his arch-rival and himself were perhaps on the verge of another clash.

"I don't see why we always have to keep bringing this up," said a testy Verstappen. "It's not like we are the only ones who have touched, you know.

"In this sport, these things happen, unfortunately.

"But we are on the front row again and everyone is just expecting a great race and that's what we also expect, I think, as drivers. We just want to have a really good race." Red Bull's significant step forward on Saturday hints at a potentially strong race for the bulls. Verstappen acknowledged the improvement but highlighted, once again, the importance of tyre wear in what is anticipated to be a two-stop race.

"I do think we also improved the car a little bit so hopefully that will be better for [Sunday]. I guess we will find out, but there were no big problems," he said.

"It's mainly just tyre wear and tyre deg, which I think we have to look at a bit more closely.

"Also again, we have a little bit of information but also we'll find out throughout the race how they are holding up."