Top speed is currently a key theme in F1, especially as it relates to the fierce battle for the world title between Mercedes and Red Bull.

Christian Horner says the Brackley squad's cars have significantly gained in velocity lately relative to Red Bull and has attributed the boost in top speed to a clever "device" used on Mercedes' W12.

While engine improvements come to mind to justify the Merc's increase in top speed, Horner suggested in Austin that the reigning world champion may be relying on a ride-height control system that lowers the rear end of the W12 on the straights, which in turn decreases drag.

Onboard footage in Turkey validated the Briton's hypothesis, but in the Mercedes camp, Wolff attributed his cars' upswing in performance to set-up optimization, and dismissed Horner's "clever device" assumption as "noise", while Ferrari's Mattia Binotto reminded everyone that ride-height control is actually a suspension tool used by most teams in F1.

Austin's Circuit of the Americas has more fast corners than Spa and more slow corners than the Hungaroring, a blend that somewhat compromises top speed numbers.

But how did Mercedes and Red Bull compare in qualifying in terms of maximum velocity, with the speed trap located at the end of the long stretch between Turns 11 and 12 at COTA?

But Lewis Hamilton and Valtteri Bottas were in the upper tier with 323.3 km/H and 322.8 km/h respecify.

That was approximately 5 km/h faster than Sergio Perez and poleman Max Verstappen who were both among the slower cars speeding down the straight in qualifying.

The only relevant takeaway from the numbers and the conjecture is that F1 fans are in for a thrilling afternoon of racing at COTA. Bring it on! 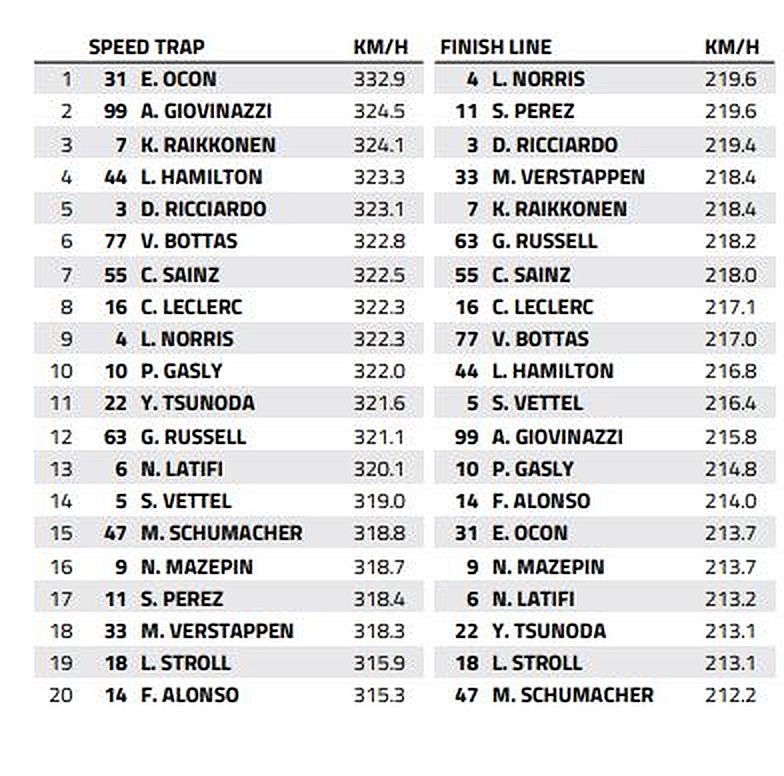