Verstappen lost out to arch-rival Lewis Hamilton at the start of the race in Austin, but an early pitstop eventually allowed the Dutchman to undercut the Mercedes driver and take command of proceedings.

However, immediately after rejoining the action following a swap from the medium to the hard tyre, Verstappen suggested to the Red Bull pitwall that they bring in Perez to force Hamilton to also stop, thus preventing the seven-time world champion from running long. And Red Bull duly complied.

Palmer was surprised by Verstappen's interaction with his team, but also baffled by the Dutchman's ability to properly read the race and make the right call in the heat of the moment.

"A driver trying to dictate the strategy of his teammate is pretty much unheard of during the race, but Red Bull duly brought Perez in, and Hamilton was forced to cover him," Palmer wrote in his column for Formula1.com.

"We know that Red Bull are sacrificing Perez from time to time, purely to aim for the drivers' title. Even as early as Silverstone they pitted Perez out of the points, just so he could get fastest lap and stop Hamilton picking up the extra point. 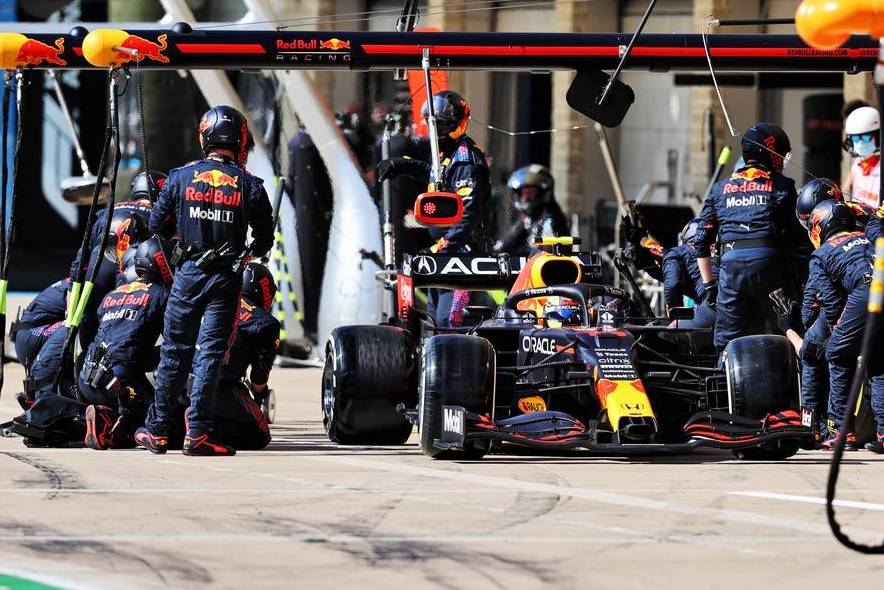 "It’s a slightly bizarre dynamic when the lead driver starts to suggest it as well though over the team radio, but it just shows how single-minded Verstappen is right now.

"He’s acting like a driver who has been here before and has the experience to read the race and make the right calls, even in these high-pressure scenarios.

"The entire team, including his teammate, are all pulling in the same direction. That was also clear by the way Perez offered no fight to Verstappen on the opening lap after Turn 1."

Red Bull's RB16B had the upper hand against Mercedes' W12 at COTA, but the Milton Keynes-based outfit still required perfect execution to prevail against a Hamilton at his best.

Palmer thinks that Verstappen's win was perhaps a seminal moment ahead of the Mexican Grand Prix, a venue that should also favor the bulls.

"Maybe this was a race that Hamilton simply couldn’t win, given Red Bull had the faster car, but with Hamilton driving the wheels off the Mercedes as usual, it still needed a perfectly-executed race from Red Bull to stop him and that’s what they provided," said the former F1 driver.

"Once Hamilton was undercut at the first stop, Red Bull took the race out of Mercedes’ hands, by pre-empting their second stop and pitting early.

"Even then it was exceptionally close, but the management of the race by Verstappen was sublime and meant that he had enough tyres left, so that Hamilton couldn’t quite get close enough to launch a proper offensive.

"I thought Austin might favour Mercedes, especially given Hamilton’s previous form at the circuit, and Mercedes’ strong pace since the summer break.

"But the fact that Red Bull could still win, even when Hamilton was driving at his very best, will give them an enormous boost heading to a circuit they’ve always been strong at."