Lewis Hamilton says he'll be out to defeat Mercedes teammate George Russell next year, but also to help guide the young gun as his worthy successor.

The highly rated Russell will move to Mercedes in 2022 after an impressive three-year apprenticeship with Williams and with the ambition of fighting for race wins from the outset.

Earlier this year Hamilton said that he expected the 23-year-old to "bring the heat" at the Brackley squad as he viewed his future teammate as "an incredible talent".

But while the seven-time world champion will work hard to fend off Russell's challenge, he also sees his role as a mentor of sorts for a young man whom he considers as his natural successor at Mercedes.

"I’m in a different place, I really want to see him succeed," Hamilton told the media when asked about his future relationship with Russell.

"There’s going to be a point where I don’t continue in this sport. He’s my teammate and he’s going to be the next Brit that I want to see win a world championship. 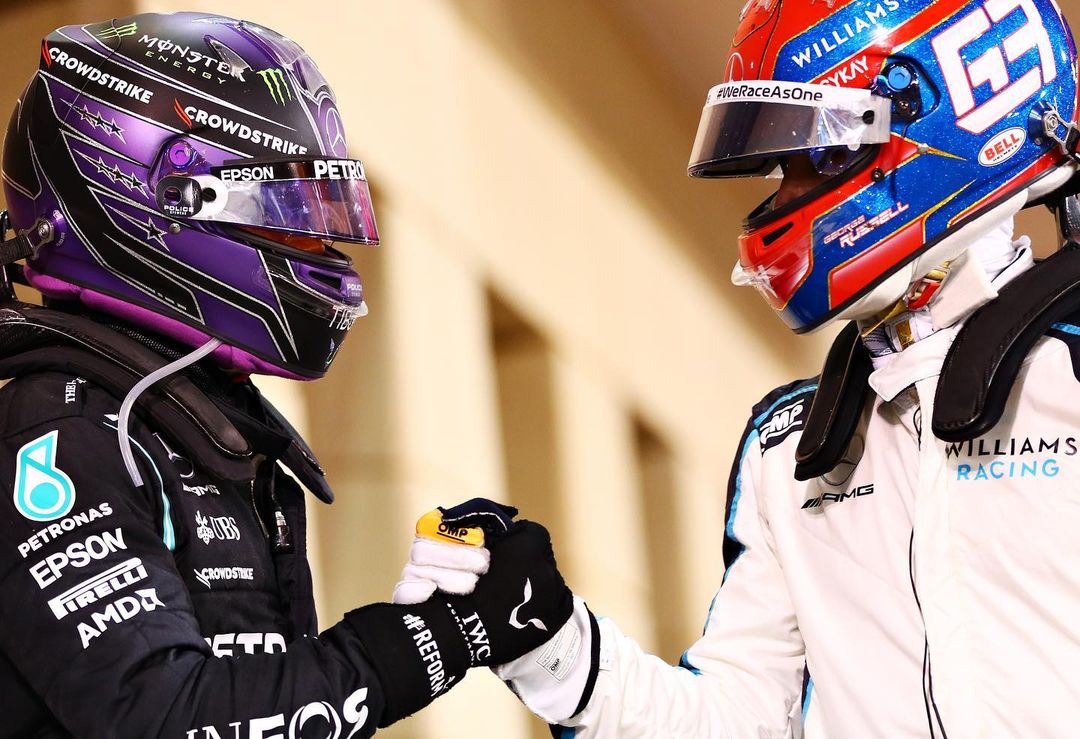 "So I really hope that, while we are going to be competing and I want to win on track, I hope I can have a positive influence on how he conducts himself within the team.

"Whether it’s the time he commits to engineering, or how he churns through the data, or even just how he drives on track."

While supportive, Hamilton knows just how much of a challenge Russell will represent next season on the track.

But the 36-year-old trusts the pair's already strong mutual respect to keep their working relationship free of any controversy.

"He’s a super-talented young man and I think there’s a huge amount of respect already going in. There’s just a nice balance at the moment.

"I remember when I went up against [Fernando] Alonso, of course I wanted to beat him at the first race.