FIA race director Michael Masi says Saudia Arabia's new Jeddah Corniche Circuit will retain some rough edges this weekend but there have been no compromises in terms of the track's safety.

Jeddah's spectacular facility, which runs along the Red Sea, winding through the lagoon around the city's famous Floating Mosque, was designed by F1's resident architect Tilke GmbH & Co, and built over an eight-month period.

Jeddah's layout unfolds over 6.175km and features a record 27 turns. It is the second longest track on the 2021 schedule behind Spa-Francorchamps and will be the fastest street circuit on the calendar with average speeds expected to reach 250 km/h.

Twenty-four hours ahead of Friday's first practice session, work is still ongoing on the track and on its infrastructure. But Masi is happy with the facility's current level of completion.

From April to December⏳, this is the story of how the world’s longest and fastest street circuit came to be built in record-breaking fashion🚧🏗.
Now, we are ready to race!🏎🇸🇦#نسابق_المستقبل #OvertakeTheFuture

"From a circuit perspective, everything has been done to the highest safety standards that the FIA has," the Aussie told Sky Sports News.

"Between the fences it's all looking amazingly good!

"Obviously, in the paddock and so forth, there's still a lot of activity going on. But [that's] not unusual for a brand-new event, at a completely new facility, that's been built from the ground up.

"Credit where credit's due, the Saudi Arabian Motorsport Federation, with the Ministry of Sport's assistance, has done a brilliant job of building this exciting but unique facility."

The track's high-speed profile coupled with its urban nature will undoubtedly prove challenging for drivers and entertaining for the fans.

The latter who will be present on site will enjoy the action this weekend with the benefit of a 5G telecommunications network surrounding the circuit, a first for Formula 1 as explained Jeddah Circuit director Martin Whitaker. 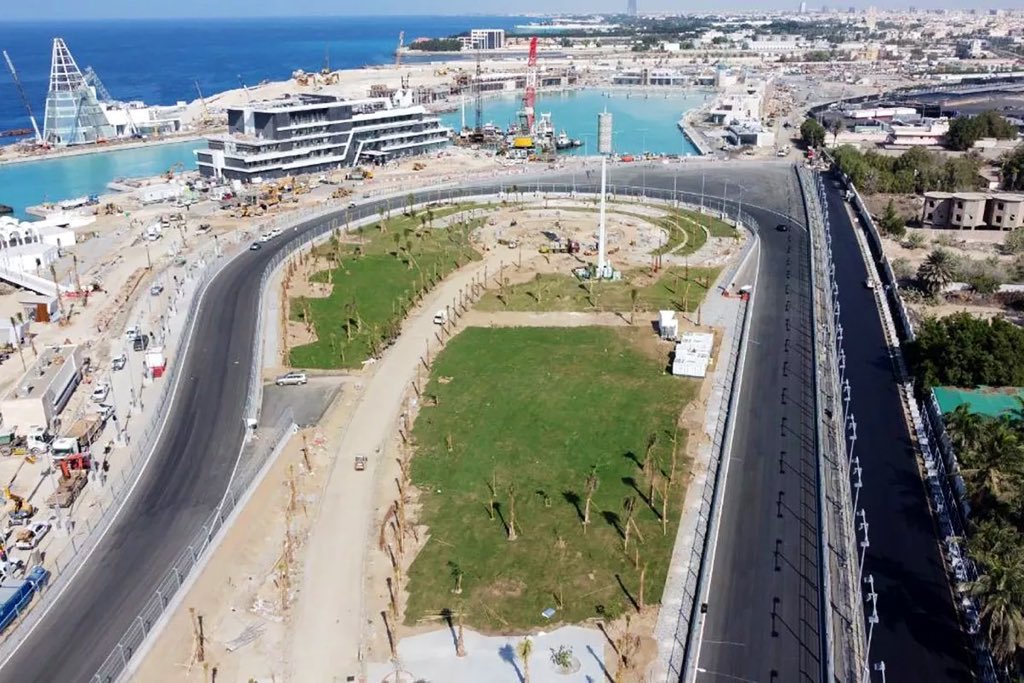 "In a relatively short period of time, this circuit was built and at the same time we can say it is one of the most modern, or maybe even the most modern, circuits in the world," the Briton told RacingNews365.

"For example, we are the first F1 circuit in the world that will use the 5G network.

"As a result, we are able to give the fans in the stands even more action. They can use their devices and experience the race on our circuit even more intensely.

"It’s great to see how innovative people are here and how we are laying a great foundation for the races that will follow on this track."

Hamilton hopes to have 'positive influence' on Russell