After successfully topping the times in Friday's free practice sessions Jeddah Corniche Circuit, Mercedes had appeared to lose the advantage to their Red Bull rivals on Saturday with Max Verstappen finding extra pace in FP3.

"What a crazy session!" Wolff said. "We expected to be stronger today, we have a quick car and it looked like those quick corners would suit us, but like so many times this season, you're constantly surprised.

"It was important today that we kept attacking and attacking, and we've ended up with a front-row lockout which is a big advantage for tomorrow."

Hamilton had just claimed provisional pole in his final run of the day when Verstappen immediately punched in a series of purple sectors seemingly on his way to clinching P1 - only to run wide and crash out at the final corner.

Wolff suggested that Red Bull had put all its eggs in one basket with its focus on single lap speed to take control of the grid for tomorrow's race, and that the plan had backfired on them.

"They had a very dominant package today," he told Sky Sports F1 after the end of qualifying. "Their car was great and they brought the tyres into the window with a single warm-up lap, while we struggled to really have enough grip. 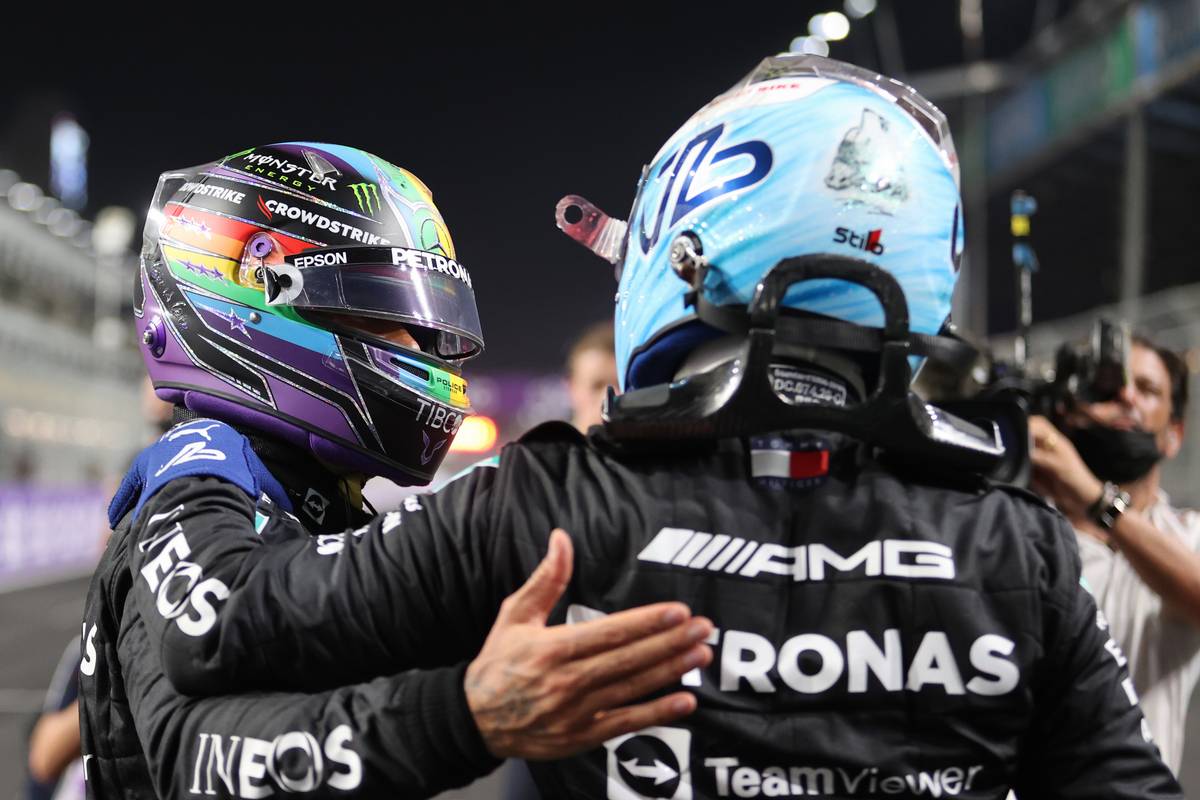 "Max was up by half a second and [our] pole was basically gone, but he ran wide at the last corner, kept going, stayed on it and touched the wall," Wolff continued. "We ended up one-two which is a big, big advantage for tomorrow.

"We think they concentrated on a single lap [pace], that's why they brought the tyre into the window quickly," he explained. "If we have that tiny bit of an advantage tomorrow, who knows?"

With Hamilton battling to cut the eight point gap to Verstappen in the drivers standings with just two races remaining in this year's championship, it's also a big bonus to have Valtteri Bottas snatch second place at the end of the session and Mercedes an extra advantage for the start of the race.

"Valtteri, you see with his lap, it is a big difference to be there with a front-row lockout," Wolff acknowledged. "I hope we can take it into tomorrow."

"Tomorrow's going to be hard," Bottas said. "This place is so intense, but at least we're starting in the best places. Given how tricky qualifying was today, it's a great result.

"Starting on the left side tomorrow is definitely going to be dusty but I'll be trying hard to keep position.

"This is one of the toughest tracks of the year, both mentally and physically, which is exciting because come tomorrow, anything can happen."

Horner: Max was pulling 'something very special' out of the bag