Charles Leclerc put everything on the line in qualifying for the 2021 Saudi Arabian GP, and at one point feared that he had 'lost it' like his Ferrari team mate Carlos Sainz earlier in the session.

Leclerc himself had already had one costly accident this weekend when he ended FP2 in the wall after spinning at the apex of turn 23 and hitting the concrete wall surrounding the Jeddah Corniche Circuit.

"Today was all about regaining confidence on this track and I worked on this from my first lap in FP3 to that last lap in qualifying. I really took it to the limit and P4 is a very good result, one that we did not expect.

“I’m a bit more than pretty happy,” Leclerc told the media after the end of this evening's action. “It’s only qualifying, and the race is tomorrow, but after yesterday it was difficult to come back today and just be confident in the car.

“I took it step by step and in that last lap in Q3 I just went for it, especially in turn 22," he said. "I really thought I had lost the car, and I caught it and I gained a lot of lap time compared to the lap before ... Turn 22 I kind of closed the eyes on my fast lap, and it worked out!

"I’m just really happy, to start P4 and I hope we can maximise that result tomorrow in the race," he added. "It’s going to be tricky, but our race pace looks strong and I’m optimistic for tomorrow."

Unfortunately Sainz suffered a setback when he spun during the second round of qualifying. Although he was able to resume seemingly having escaped any serious damage, problems with his rear wing resulted in a second costly tankslapper moments later.

“It’s a bit of a shame" he said. "I was coming from a very strong FP3, a very strong Q1 and suddenly this snap in the middle of turn 11 cost me a whole qualifying.

"Q1 was very promising and I knew from previous sessions I was also fast with the Medium compound. However, a very aggressive snap of oversteer made me lose the car. 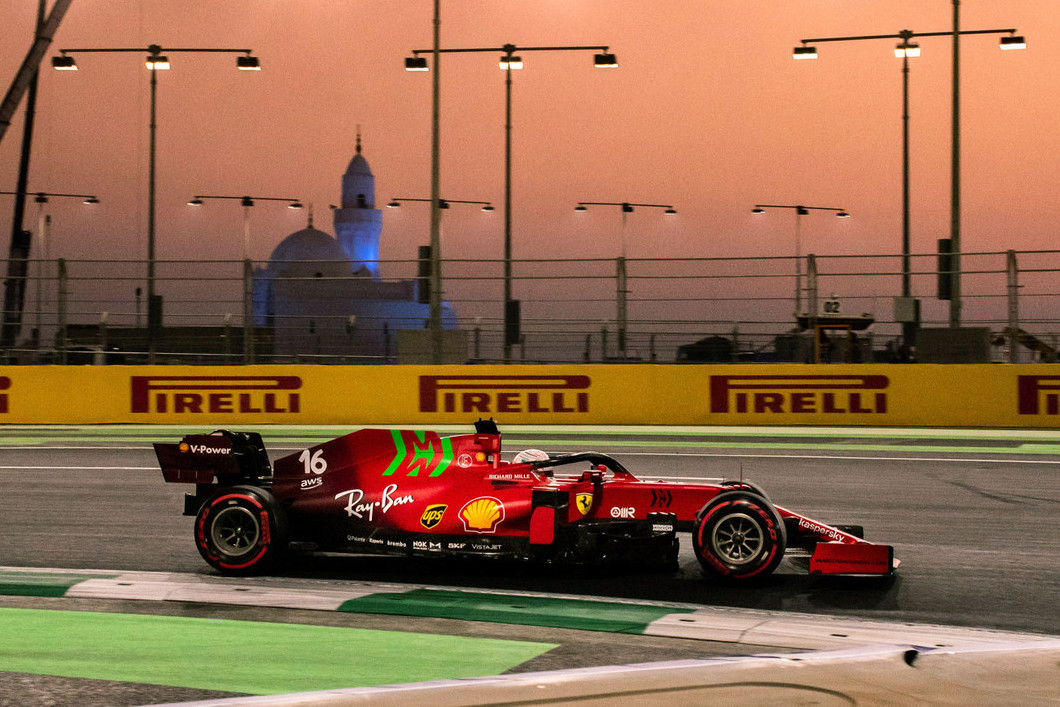 "Although I managed to avoid a big crash, I clipped the wall and damaged the rear wing. It was unexpected, because I hadn’t experienced that snap in any other run since Friday.

"It meant I stabbed the wall with the rear end-plate, which I actually didn’t feel in the car," he confirmed. "Then when I look in my mirror, the end plate is completely bent and the rear wing is not delivering the downforce it should.

"There was no time to replace the damaged endplate and the guys did their best to fix it before going out again.

“Even with rear wing bent like it was, I was coming on a very strong lap before the rear wing properly gave up,” he added, ending up unable to set a proper time in Q2 leaving him starting tomorrow's race from 15th on the grid.