Red Bull team principal was delighted to see his driver Max Verstappen claim an emphatic pole position for this weekend's Abu Dhabi Grand Prix, the season finale that will finally decide who will be claimed 2021 world champion.

One week ago Verstappen threw away what appeared to be an almost certain pole in Saudi Arabia by crashing at the last corner of the final lap of qualifying.

But there were no such mistakes from the Dutch driver today, as an impressive final round lap of 1:22.109s left him a whopping 0.371s clear of his Mercedes rival Lewis Hamilton.

"That's one of Max's best laps of the year," a thrilled Horner told Sky Sports F1 in the paddock at Yas Marina after the en dof a tense twilight qualifying session.

"Max has given it everything," Horner added. "He's driving his heart out, he's thrown everything at this session.

"All credit to him, because Lewis is very very strong here, it is one of his strongest circuits. To do that, that's a massive lap."

Verstappen also had the help of his team mate Sergio Perez who gave him an effective 'tow' down the long straights although Horner was confident that the Dutch star had pole in the bag even without it.

"Checo has been a dutiful teammate," Horner acknowledged. "He sacrificed an optimum lap for him to give his teammate that performance, and I think that you can't ask for more than that.

"We discussed the slipstream this morning," he said. "Even on the following lap that we got him to back off on, [Max] matched the time and the tow was probably worth a tenth or two, not half a second. 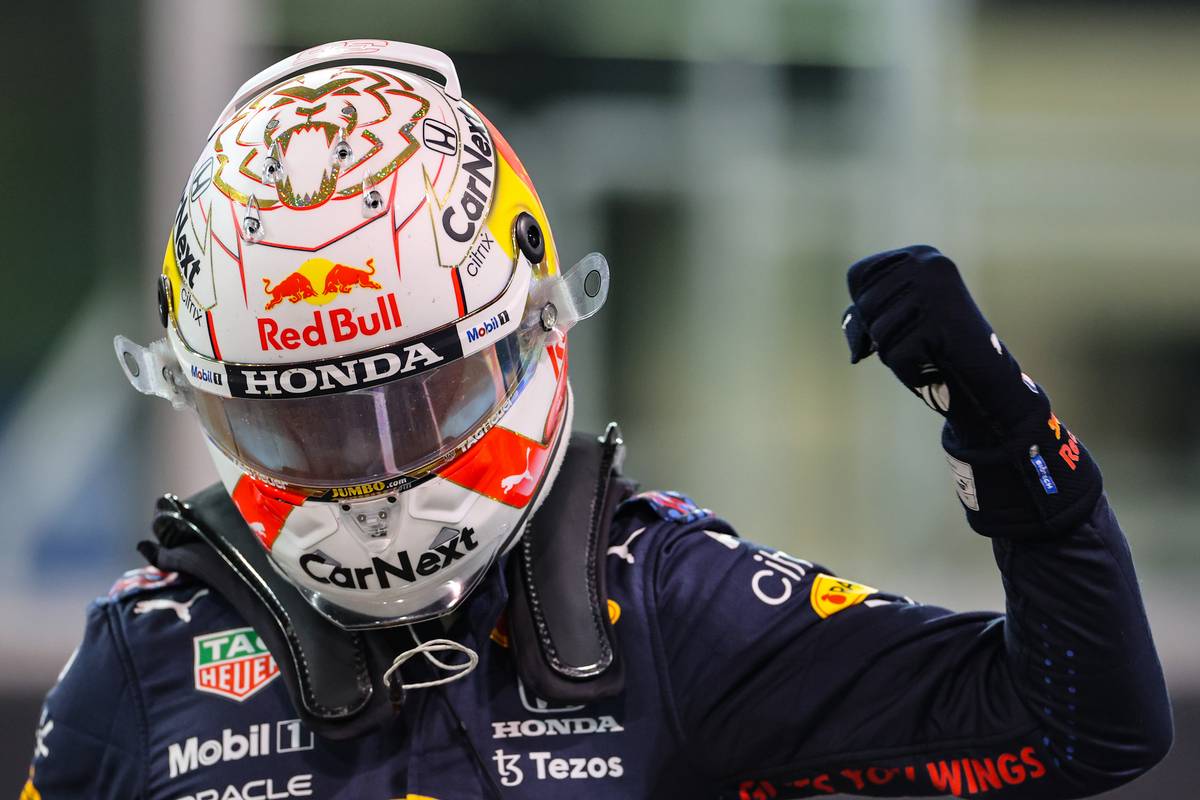 "I must admit, after Q1, I thought those kinds of times that Lewis was knocking in - we can't do that [but] Q2 came more towards us," he continued. "We lowered the downforce, it was the only way of matching these guys on the straights,

"Both runs in Q3 were exceptional," Horner declared. "His last sector, when you look at the level of downforce he's got on, it's insane, it's absolutely insane.

"Now we've got to try and convert that [pole] tomorrow!"

The one potential fly in the ointment was a lock-up for Verstappen after his initial run in the second round of qualifying which left his set of medium tyres with a serious flat-spot.

Unsure whether the team would be able to make a like-for-like substitution for the start of the race, and with no new set sof mediums left in the locker, Red Bull opted to put Verstappen back out again but this time on the soft compound.

Setting a faster time on the red-walled tyres means he will now start tomorrow's race on them. But Horner said this wasn't a problem and that the team had already been discussing which compound to use for the race.

"We are not overly upset starting on the softs," Horner insisted. "To be honest with you, it was very much fifty-fifty.

"The medium is a bit more robust but the degradation in the race ... It will be very interesting to see how that plays out," he admitted. “But track position I think, regarding degradation, is crucial.”

Starting on the soft tyres should give Verstappen a speed advantage off the line, but lower durability could limit the teams' strategy through the rest of the race.

Norris admits to 'nerves' over proximity to title battle