Lando Norris will have one of the best seats in the house on Sunday from which to watch the climax of the 2021 world championship when the season finale gets underway in Abu Dhabi.

The McLaren driver is starting from second row on the grid at Yas Marina immediately behind title contenders Max Verstappen and Lewis Hamilton after a brilliant final lap in qualifying on Saturday.

Norris pipped Red Bull's Sergio Perez to third place by just 0.016s, leaving him with the possibility of inserting himself into the battle for the lead ahead of him going into the first corner when the lights go out.

“I'm a bit nervous," he told the media in parc ferme after the end of the twilight session. "I kind of want to just stay where I am and just watch everything unfold over the first few laps, or even the whole race!

“I also don't want to really get involved too much, because it can cause a lot of controversy," he admitted.

McLaren hadn't looked to be on strong form this weekend, but Norris surprised everyone at the end of Q3 by leaping into contention. His team mate Daniel Ricciardo also made it through to the final round having struggled earlier in the weekend. 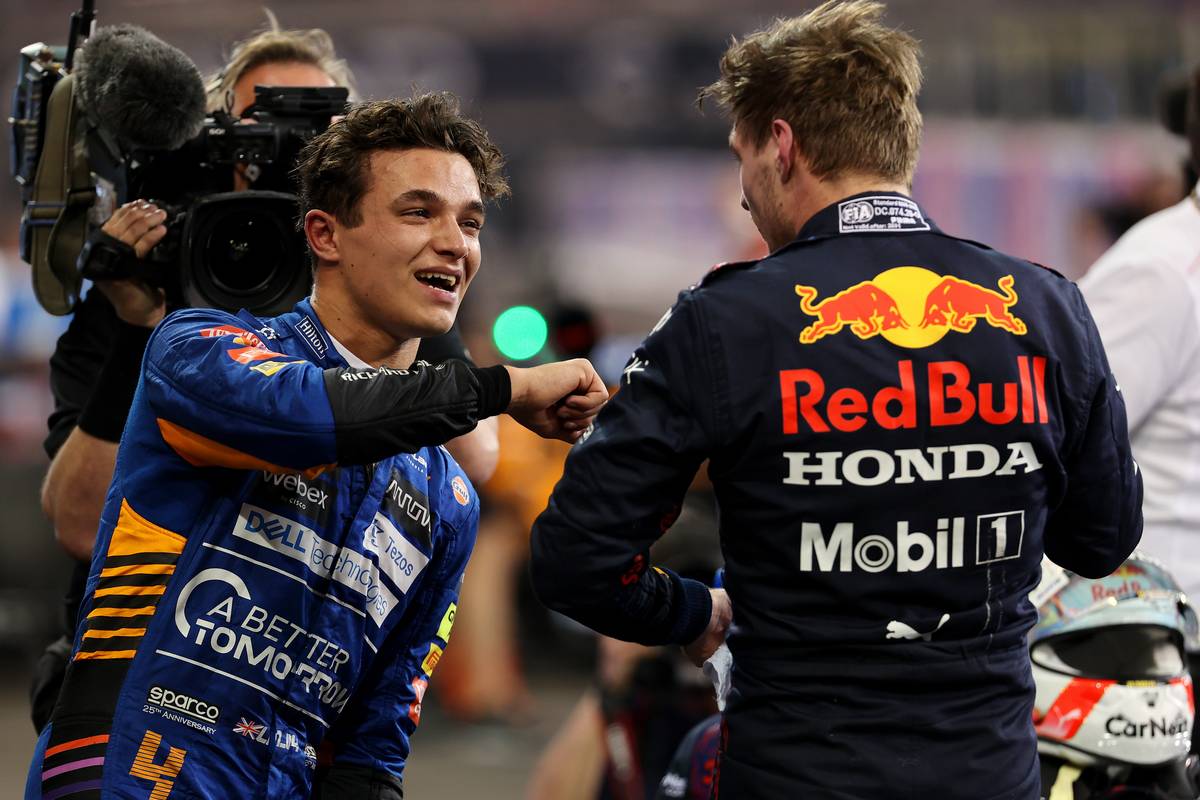 “I don't know really," Norris said when asked where his sudden boost in speed had materialised from. "It came already in Q3 run one. I made some improvements, but also a few mistakes.

“Then I just had a clean lap in the end," he continued. "I went for pole, but it didn't quite work out as it's still a little bit off. But no, it was a nice lap to P3. It was a bit of a surprise!"

A recent dip in form for McLaren as the season has progressed has resulted in Norris dropping from fourth to sixth in the drivers championship, but he's still only four points behind Ferrari's Charles Leclerc heading into the season finale.

Leclerc will start tomorrow's race from seventh, with Ferrari now all-but out of reach of McLaren in their battle over thirds place in the constructors championship.

'One of Max's best laps of the year' declares Horner

Wolff: Hamilton 'angry and motivated' to hunt Verstappen down