McLaren's Lando Norris and Daniel Ricciardo were both left confused by the overtaking procedure implemented by race control ahead of the one lap restart of Sunday's dramatic Abu Dhabi Grand Prix.

Norris was at the head of the group of five cars that was waved passed the safety car just before the race resumed, the Briton followed by Alpine drivers Fernando Alonso and Esteban Ocon, Charles Leclerc and Sebastian Vettel.

However, Ricciardo, Lance Stroll and Mick Schumacher who were just behind Max Verstappen were not allowed to follow through, which was part of Mercedes' bone of contention with FIA race director Michael Masi that formed the basis of the Brackley squad's protest of the race's results. 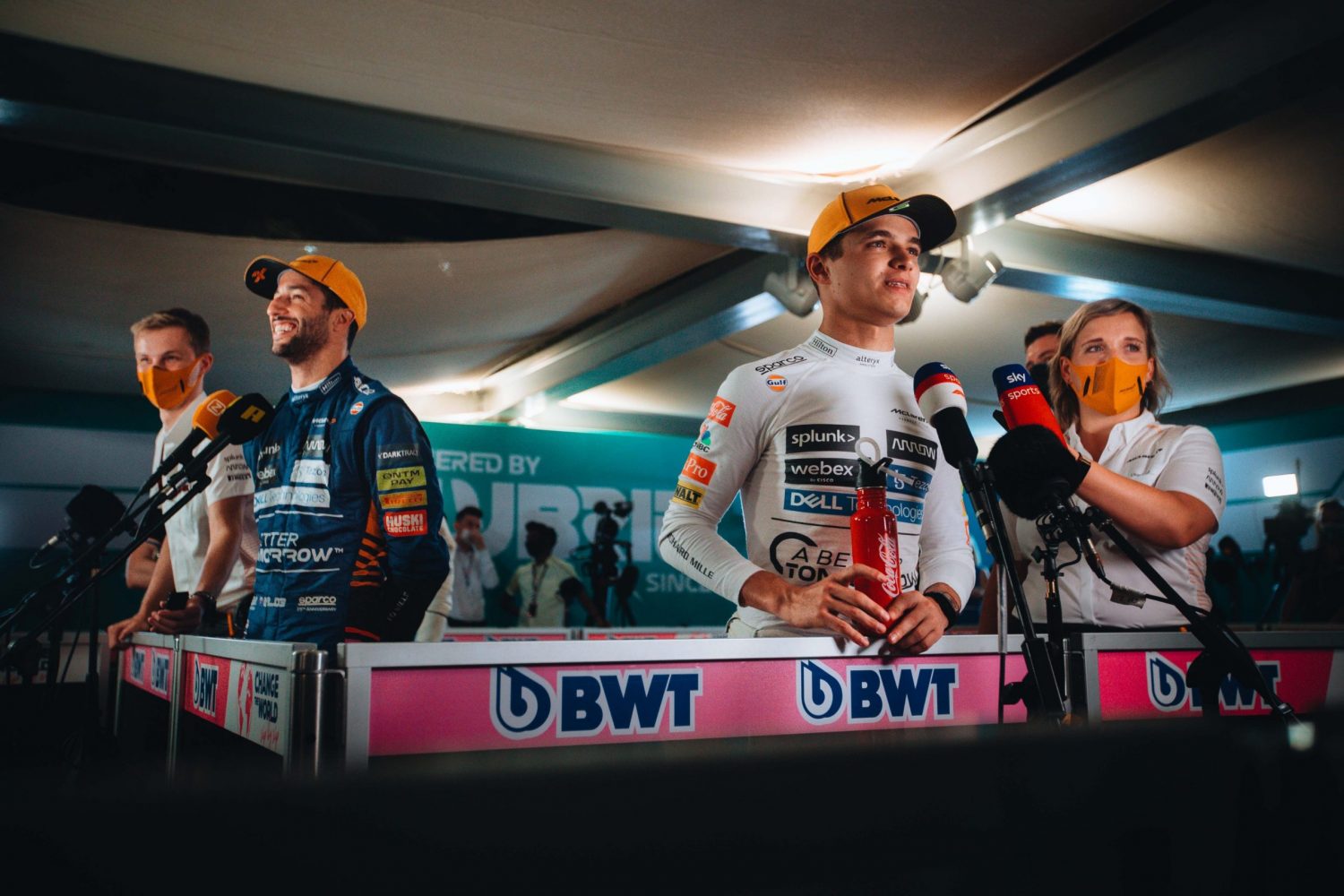 "At the end it was kind of weird, they said cars can’t pass, the lapped cars, then some of them did, but then I wasn’t allowed to," commented a confused Ricciardo.

"We did a one-lap restart, I’m sitting right behind Lewis and Max, like, why am I here? I don’t know. It was very interesting."

Norris, who led the train of five cars that was authorized to overtake the safety car and unlap itself was equally puzzled by how the restart was handled.

"I’m not too sure what was said by the FIA, at first we weren’t allowed to overtake," said Norris, who finished the eventful race seventh.

"So if that influenced decisions and if that’s the reason they [Mercedes] didn’t do the pit stop, but then the FIA suddenly changed their minds and were allowed to let us past… then that’s where I’m not sure, I guess that’s not acceptable.

"I’ll say congrats to both drivers. But in terms of the decision… yeah for it to end like that I’m not so sure."

For Norris, it appeared obvious that race control's decision to unleash the field for one final showdown lap between the leaders was "for the TV".

"I didn’t actually know it was only the first three or four up to Max [going past]," Norris said.