Former Formula 1 driver Jos Verstappen spoke of his immense pride in his 24-year-old son, who has just been crowned the first Dutch Formula 1 champion in the history of the sport.

Jos said that the way the Red Bull driver had continued to fight to the finish despite all appearing lost was testament to his son's character and hard-headed attitude to racing.

Although he started from pole position, Max lost the lead on the first lap and seemed fated to lose the race - and the 2021 world championship - to Lewis Hamilton in a clearly faster Mercedes.

But a late accident for Nicholas Latifi transformed the outcome, allowing Max to pit for new soft tyres ahead of a single lap sprint finish at the restart which allowed him to overhaul his rival and claim the crown.

"I'm very proud, of course," Jos told Sky Sports F1 in the paddock at Yas Marina Circuit as the celebrations started in the Red Bull garage.

"Of course [it's because of the Safety Car we are in this situation," he acknowledged. "But still you have to do it, and I think the team had a good strategy on that as well. They called him in [for fresh tyres].

"They're doing a lot of things very good," he added. "And I think Max was the driver this year, he really deserved this championship."

Jos Verstappen admitted that the whole squad had been nervous as Mercedes hunted Red Bull down and reduced their points advantage week after victory with a run of race victories. 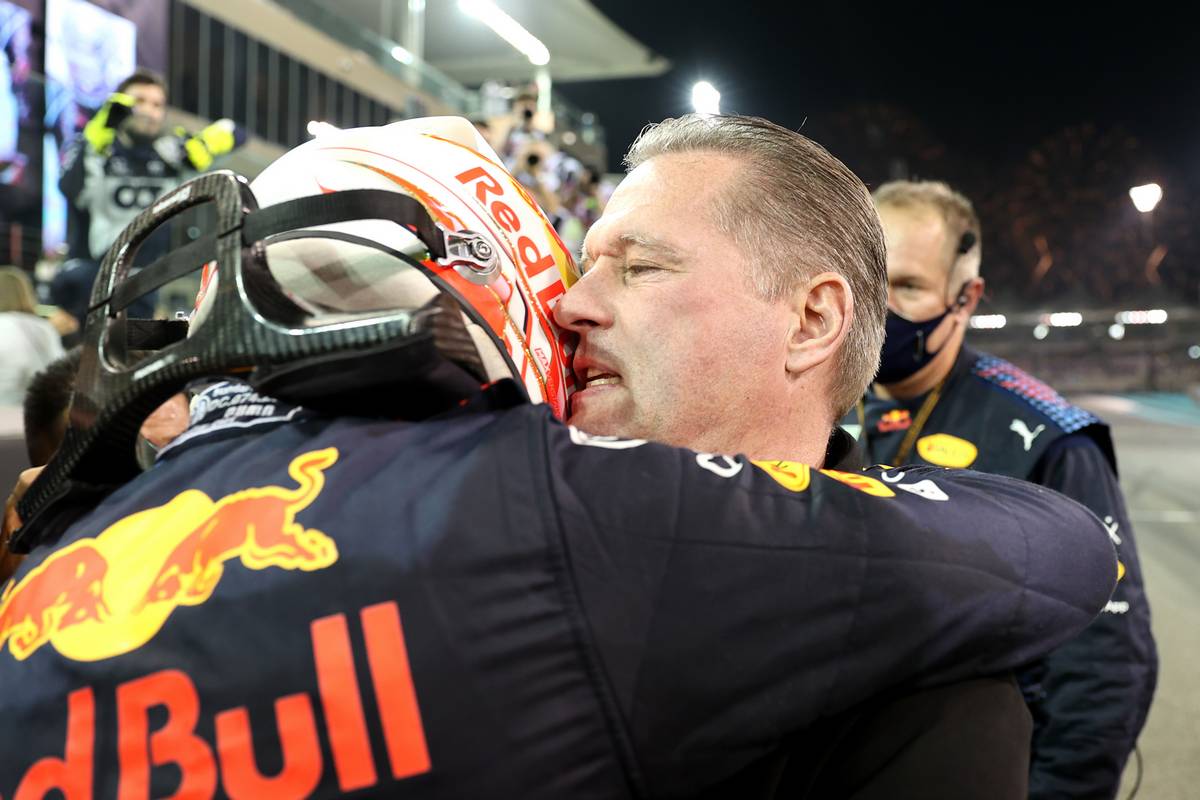 "I think the whole team was worried, because we know their speed," he acknowledged. "But still he kept fighting.

Jos certainly lived every moment of Sunday evening's tense showdown with his son in the cockpit, at one point storming out of the Red Bull garage after the stewards allowed Hamilton to keep the lead of the race despite running off track at turn 6 on the first lap.

"During the race I walked away because I didn't believe it anymore," he confessed. "But I came back the last lap!"

Todays' race result remains provisional subject to a protest by Mercedes about how race control handled the restart, which included letting lapped cars pass the safety car before the green flag.