Red Bull's chief technical officer Adrian Newey has admitted that the team got very lucky in the final laps of the Abu Dhabi Grand Prix on Sunday evening, just when all had appeared lost.

Max Verstappen started the race on pole position but lost the lead to Lewis Hamilton into the first corner. The team were infuriated when race control allowed Hamilton to retain the lead even after the Mercedes ran wide later on the first lap.

Despite a spirited contribution from Verstappen's team mate Sergio Perez it seemed that Red Bull had no reply to their rivals superior pace - until Nicholas Latifi crashed and trigged a safety car with five laps to go, culminating in a single lap showdown between the two drivers which Verstappen won.

It's the first time that Red Bull has won the drivers championship since 2013, although they still came out second best to Mercedes in the constructors standings with the German squad maintaining its unbeaten run as a team in the modern hybrid engine era.

Red Bull boss Christian Horner had earlier told the live commentary team that it would take a miracle for them to win the race from where they were - and that's exactly what he felt they then got.

Newey was in complete agreement: “In the laps before the safety car it looked like it was slipping away from us,” he told Sky Sports F1 as reported by Motorsportweek.com.

He said that this long dark evening of the Grand Prix had left him recalling key moments of the 2021 season, in particular as the clash between Hamilton and Verstappen on the opening lap of the British GP that had sent the Red Bull flying off into the barriers - a race that Hamilton went on to win.

“Inevitably you start thinking about the year and what we could have done," he mused. "Some unlucky moments, Copse in particular which personally still really grinds with me what happened there. 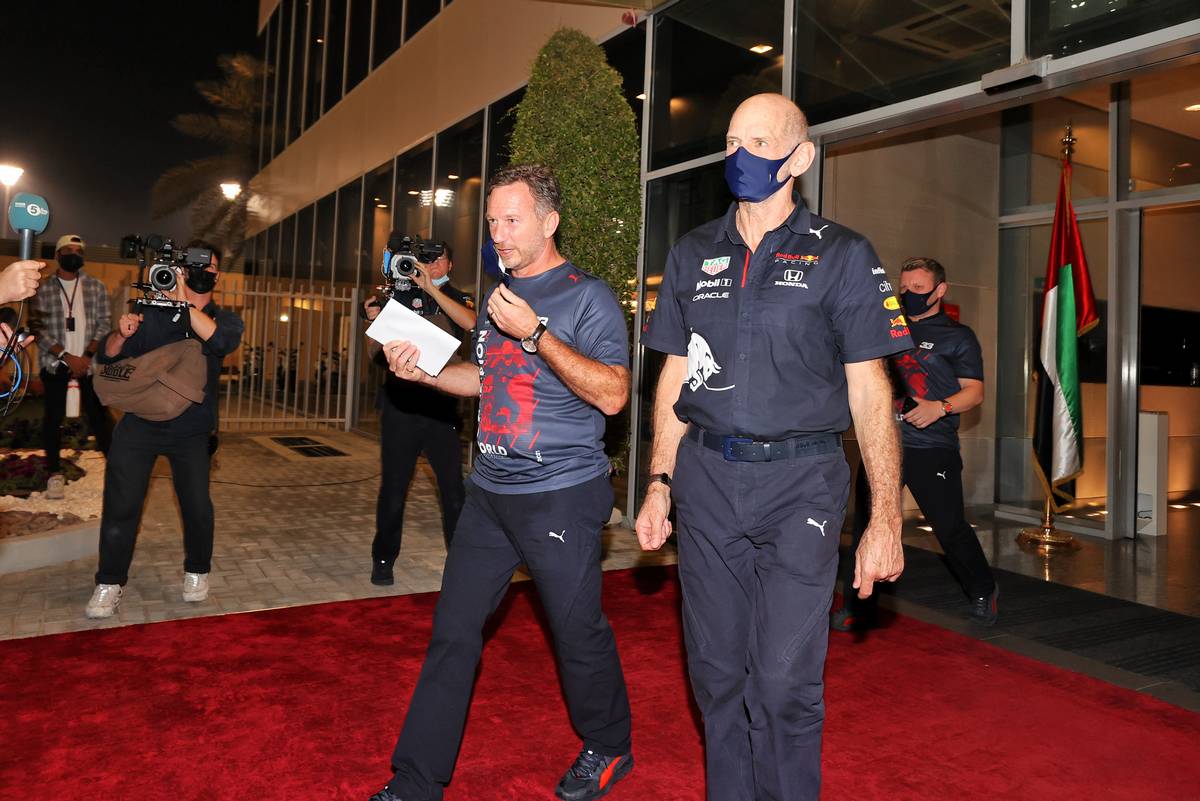 "And then the Safety Car happened," he continued. “We got lucky in that sense. There are no two ways about it, without the safety car [we couldn’t have won].

"But if I reflect - and of course I am biased, I know - I think that Max thoroughly deserved it on balance.”

Newey has a long and illustrious history as one of the sport's most successful car designers. You'd think it would get easier with age and experience, but he admitted that this year's epic battle had been the hardest of them all.

“It’s the one where I’ve probably come closer to having a heart attack and going unconscious afterwards,” he admitted. “I’ve had other ones that have gone to the last race but never the last lap.

"It was amazing, absolutely amazing," he added, lauding Verstappen's capability behind the wheel of the RB16B that he had designed. "He’s got such talent, such drive, he’s still so young.

“He’s on a steep learning curve still. He’s just amazing. And the best thing about him is that’s he’s just so easy to work with. There are no pretences, he just comes in, gets on with it.”

Next year's rules and regulations will receive a major overhaul meaning that the teams have been engaged in a major upgrade program for their 2022 challengers, meaning Newey will still be hard at work over the winter preparing for Verstappen's title defence.