McLaren lost out in 2021 to top midfield rival Ferrari for the final spot on the F1 Constructors' podium, but Lando Norris says the fierce battle between the two outfits was beneficial to both teams.

Although McLaren and Ferrari detached themselves relatively early in the 2021 campaign from their midfield rivals, the Woking-based outfit had a clear upper hand over the Scuderia by the time F1's summer break rolled around.

But a series of poor races, interrupted by the team's sensational 1-2 at Monza, allowed Ferrari to catch and overhaul its rival to clear the finish line in Abu Dhabi with a 48.5-point advantage.

Despite the disappointing outcome for McLaren, Norris believes the battles that took place along the way with the House of Maranello's cars were a benefit for both teams.

"I would say it has helped quite a bit," said the Briton, quoted by Motorsport.com.

"Just being with that mentality, them keeping us on our toes, keeping us pushing, trying to find these smallest bits of lap time.

"It is easy at times to get complacent and take your mind off of it, especially if you are on your own, the third-quickest car with nobody ahead or behind you. 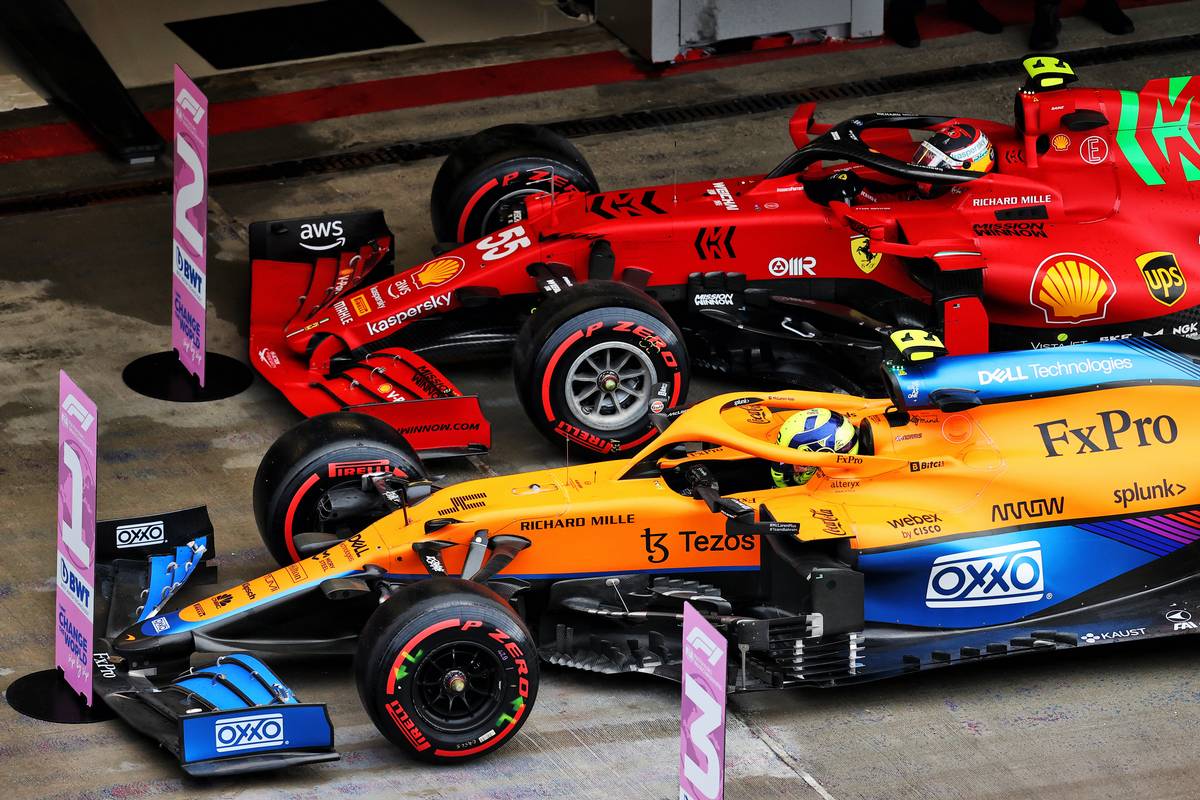 McLaren came up short on its quest to remain the third best team on F1's grid. But overall, on all metrics, Norris insists the papaya squad enjoyed a better season than in 2020.

"I would say it has been a tough season and I still believe we’ve had a much better season than we did last year," he ensured.

"We are closer to the front, and the gap to the rest is also much bigger, apart from Ferrari.

"It has still been a very good season, and not just in terms of results and points, but also how we worked together as a team and how we maximised things.

"I think we are in a better position for next year when we are going to be racing them more often and hopefully the guys at the front more often too."

Ferrari sporting director Laurent Mekies agreed with Norris, acknowledging the effects of the tight fight between the Scuderia and McLaren.

"It’s a very good team to fight against," he said. "They’ve had some fantastic moments, they won Monza, they could have won Sochi.

"They are very, very competitive. They are also in a very good dynamic themselves.

"So it was a good challenge. And yes, it’s a challenge where you need to make fewer mistakes than them. You need to put more of these small details together if you want to beat them.

"It is ultimately the same thing that is happening for the top two positions. It’s the same dynamic. The points loss costs you the same, and therefore, it was a good, it is a good training for that for the team."