Haas F1 driver Nikita Mazepin has set his sights on establishing better working relations with the other personnel at the US-based team in 2022.

Mazepin stepped up from Formula 2 to join the F1 grid at the start of last year, but ruffled more than a few feathers during an eventful rookie campaign which saw him clash on multiple occasions with team mate Mick Schumacher.

Having got over the initial teething problems, Mazepin is looking to bond better with his co-workers and says that teamwork is now a top priority for his second season in Grand Prix racing.

"Learning how to act properly in the team, I think that is something that I need to improve," the 22-year-old Russian driver told Motorsport.com this week in an exclusive interview.

"I feel very comfortable working with three, four or five people," he continued. "But when it's hundreds, I think I sometimes lack spending the amount of time I need and pay as much personal time as I need with people.

"That's something that I need to do," he acknowledged. "When the team's so big, you need to come up with ideas on how do you unite everybody on a different continent.

"When the team is small you naturally get to talk about things," he explained. "When there's like 40 people in the team, that's a different thing."

Complicating matters is the way that the team is split over multiple locations. In addition to its main headquarters in the United States in Kannapolis, North Carolina, there is a UK factory in Banbury as well as a 'hub' in Maranello, Italy with technical partners Ferrari, and another base in Varano close to chassis collaborators Dallara.

Mazepin said that he needed to find a balance between maintaining personal motivation and dealing with the team as a whole in a proper, professional manner. 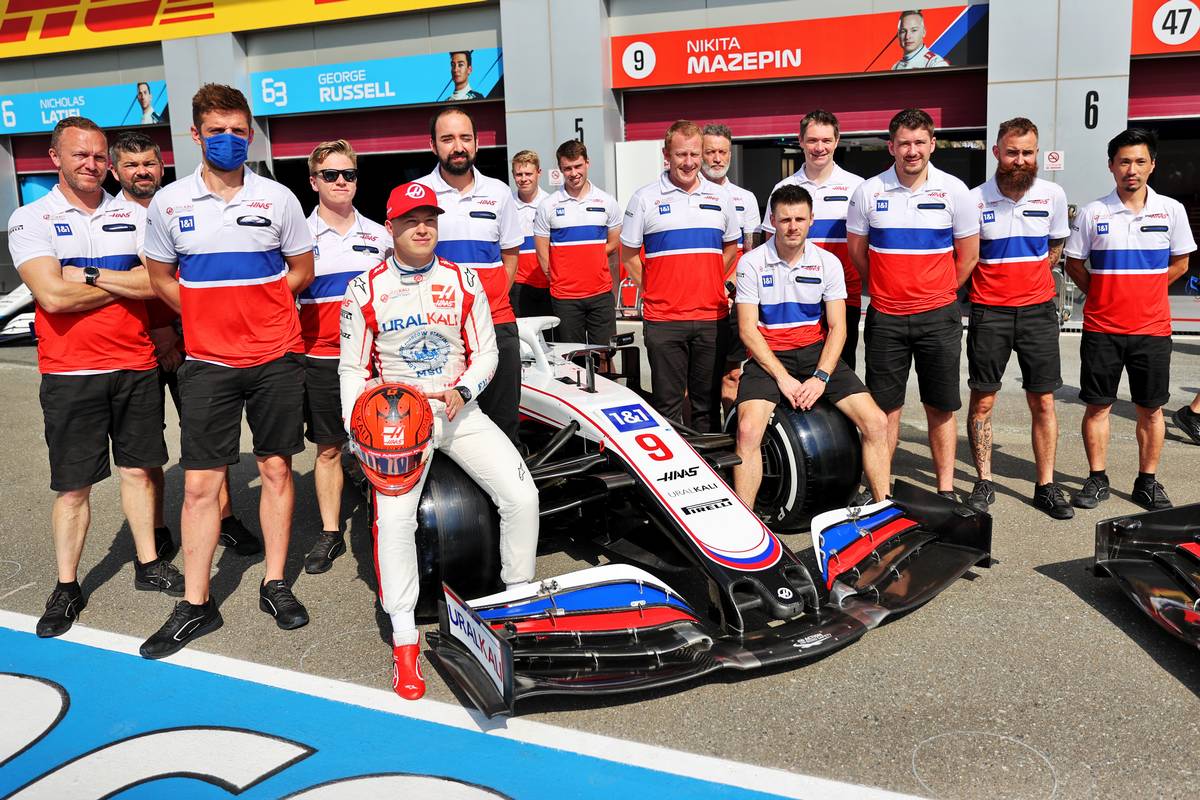 "There's some key areas that you need to be doing," he said. "It is your motivation, because we're human beings, and we obviously lack motivation at times like everybody else.

"We sometimes wake up in a bad mood, and we have no energy like other people, but we still have to go out there and perform.

"Because of the car being very difficult to drive and requires extra good balance, or extra work to find that good balance, that's also something I need to improve on."

Neither Mazepin nor Schumacher scored any points during last year's 22-race campaign, leaving Haas at the bottom of the constructors standings.

However that was in part due to an early decision by the team not to put any significant resources into developing their existing chassis last year.

They have been focussing instead on preparing for 2022, when they can take advantage of new technical rules and regulations changes coming into effect.