Organisers of the Australian Grand Prix have reported that modifications to the Albert Park circuit in Melbourne have been completed and should result in improved overtaking and considerably quicker lap times.

If the first time that the track has been significantly altered since the event moved there from Adelaide in 1996.

Australia had won itself a a regular place on the calendar as the traditional season opener, but has been absent from the most recent campaigns due to the impact of coronavirus.

The race in 2020 was called off minutes before the gates were due to open to the public for the start of Friday's free practice 1. And last year's race was cancelled due to concerns about the country's local COVID immigration restrictions.

That hiatus has given the Australian Grand Prix Corporation the opportunity to plan and implement major changes to the existing circuit, which is held largely on public roads through the park.

As well as resurfacing work, turns 9 and 10 have been reconfigured into a fast sweeping complex, and a number of other corners have also been widened to increase apex speed with the aim of improving overtaking opportunities.

Event CEO Andrew Westacott predicted that along with the new technical rules and regulations and introduction of 18-inch tyres, the new layout will see cars going "five seconds a lap quicker, but the new-spec cars [should mean] closer racing. 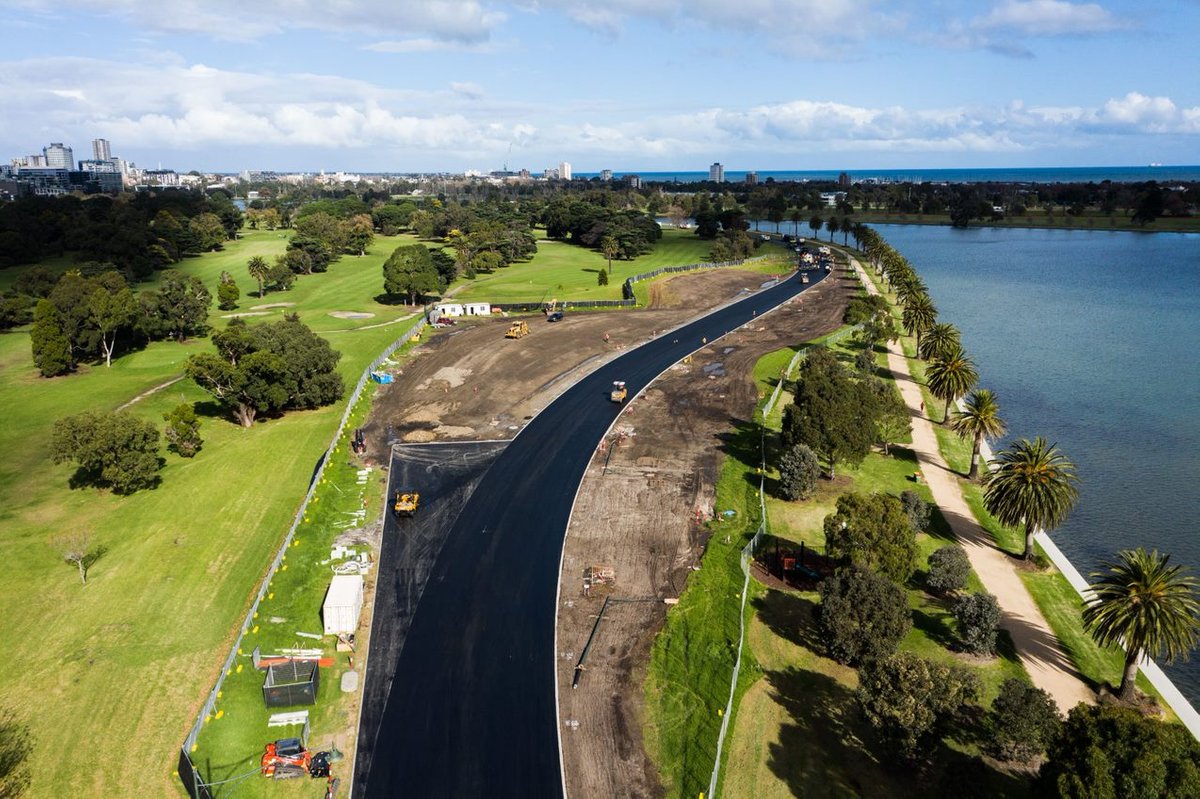 "You can actually tail the car in front and expect to be able to overtake and be in a competitive position," he explained in comments to Motorsport.com this week.

"The main location is Turn 11 at the south end of the lake near Ross Gregory Drive and Ross Gregory Oval," he continued. "We expect that to be a major overtaking opportunity.

"The widening of five other turns - particularly the increase of speed at Turn 6 where they're going to go from about 90 km/h to 150 km/h - really does set it up for speeds in excess of 330 k /h around Lakeside, pulling four and a half Gs.

"Making sure the racing is going to be as exciting as possible is the reason why Formula 1 has changed the specification of the cars for this season, and it's the reason why we've resurfaced the track for the first time in 25 years."

The organisers have teased a forthcoming new series of videos on YouTube going into details of the latest upgrades.

This year's Australian Grand Prix has been given the go-ahead by local state government to proceed as scheduled on April 8-10, making it the third round of the 2022 championship.

However there are concerns that any further rise in coronavirus cases could end up forcing another postponement or cancellation.

And the recent furore over Novak Djokovic's vaccination status causing him to be denied entry to play in this year's Australian Open tennis major has also raised concerns about possible disruption when F1 flies into the country.

The most recent race in Melbourne in 2019 saw Valtteri Bottas beat his Mercedes tam mate Lewis Hamilton and Red Bull's Max Verstappen to the line.