Christian Horner's tongue-in-cheek bid for a tour of the Mercedes factory has helped the Grand Prix Trust to raise a grand total of £46,752 at this year's Autosport Awards.

The event was held on Sunday evening at Grosvenor House in London, and was presented by F1 journalists Nicky Shields and Will Buxton.

Prizes were put up for a silent auction, with a four-person tour of the Mercedes factory proving particularly popular. It was subsequently revealed that it had been won by Red Bull team principal Christian Horner with a £4,000 bid.

Other prizes were also up for auction, and there were additional donations helping the event achieve its final amount of nearly £50k for the Trust, a charity offering support to the F1 community including ex-drivers and employees.

However there's doubt about whether Horner will get to go on the tour, as his bid seems to be against the rules.

The small print in the terms and conditions for this auction item states: "Please note that employees of other Formula 1 teams are not eligible to take this tour."

Horner engaged in an increasingly fractious battle with his Mercedes counterpart Toto Wolff in 2021, a campaign that culminated in a contentious victory for Max Verstappen in the Abu Dhabi season finale. 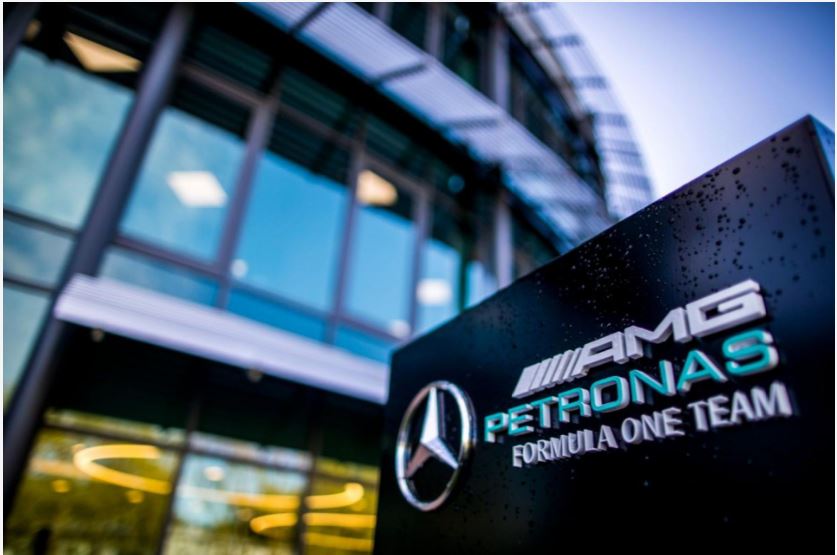 By the end of the season Horner said there was no longer any relationship between himself and Wolff, suggesting that Mercedes won't be keen on throwing open the doors at Brackley to their arch rival.

"It was like a heavyweight boxing match from Bahrain the first race until the last race in Abu Dhabi," said Horner, who insisted that Verstappen was a deserving winner of the title.

"Max led more laps than all other drivers combined, won more races than any other driver last year, and is fully deserving of everything he achieved."

Norris had 'little chats, here and there' with other teams