Sergio Perez was in the perfect spot to pick up Red Bull's banner after his team mate Max Verstappen retired from second place with a technical failure 38 laps into the Australian Grand Prix.

Perez had started the race from third place on the grid after Saturday's qualifying session in Melbourne, but found himself boxed in heading into the first corner at Albert Park.

That allowed Mercedes driver Lewis Hamilton to take the early initiative and get past, but eventually the Red Bull's superior power allowed Perez to take the place back on lap 9.

Hamilton had another chance to get ahead when he pulled off the overcut during the pit stops, but having pitted first Perez was on warmer tyres and again able to successfully retake a prospective podium place.

Hamilton tried his best to fight back but wasn't able to find the pace. His team mate George Russell jumped ahead of both of them thanks to a free pit stop during a safety car caution, but Perez was eventually also able to pass him on lap 37.

That was just before Verstappen's exit from the race which left Perez running in second place, over 12s off race winner Charles Leclerc but safely ahead of the two Mercedes drivers.

"Lewis overtook me down the inside," Perez summed up in parc ferme after the chequered flag. "He broke really late and had a really good Turn 1. Then it was about getting him. 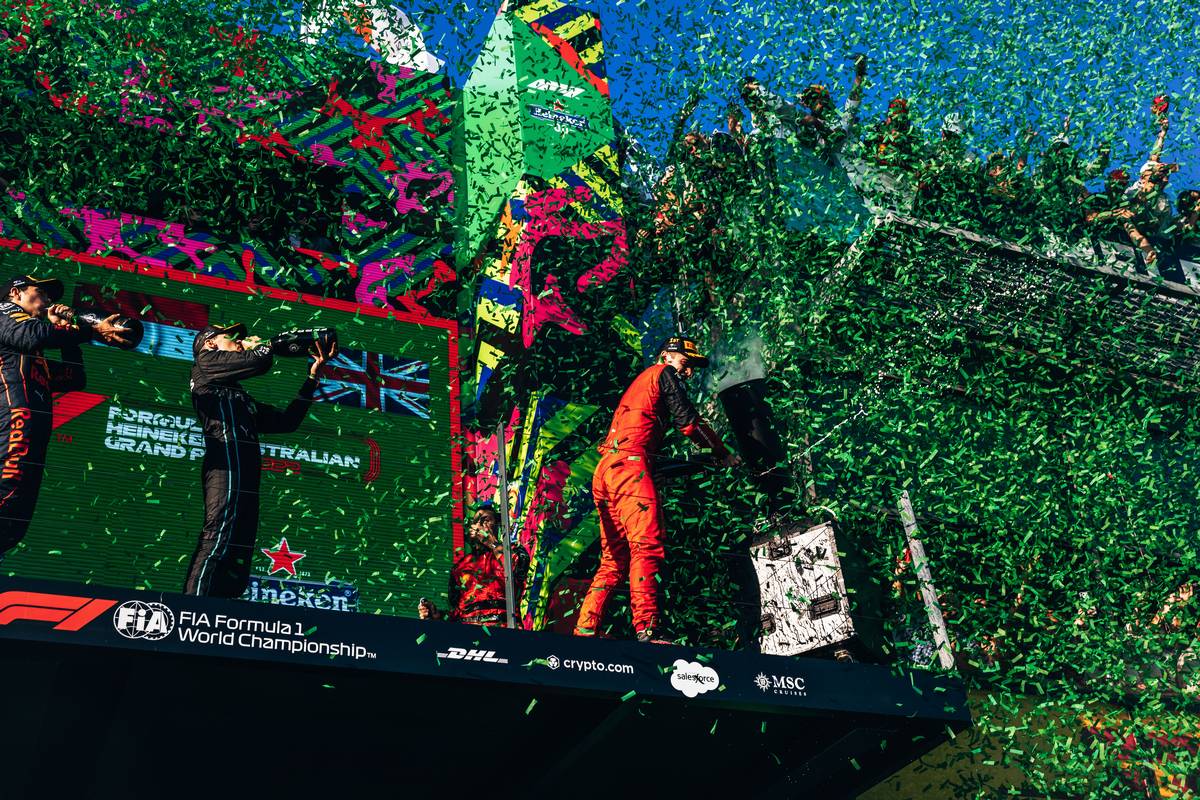 "Always with Lewis it is very entertaining," he said of his extended battle with Hamilton over the first half of the race. "He's a very, very hard racer, but very fair. We always have fun together!

"My first stint was very poor," he continued. "In terms of degradation, we struggled quite a lot. With the safety car we were a bit unlucky and we lost two positions, which we recovered later.

"It's a good result," he added. "But unfortunately we lost Max. It would have been great to have a double podium for the team. We've been a bit too unlucky in the first two races."

Overall, Perez admitted that Red Bull had simply not been fast enough in Melbourne. "Ferrari was super-strong today, we couldn’t match them at any point. It’s the first weekend that they are a step ahead. 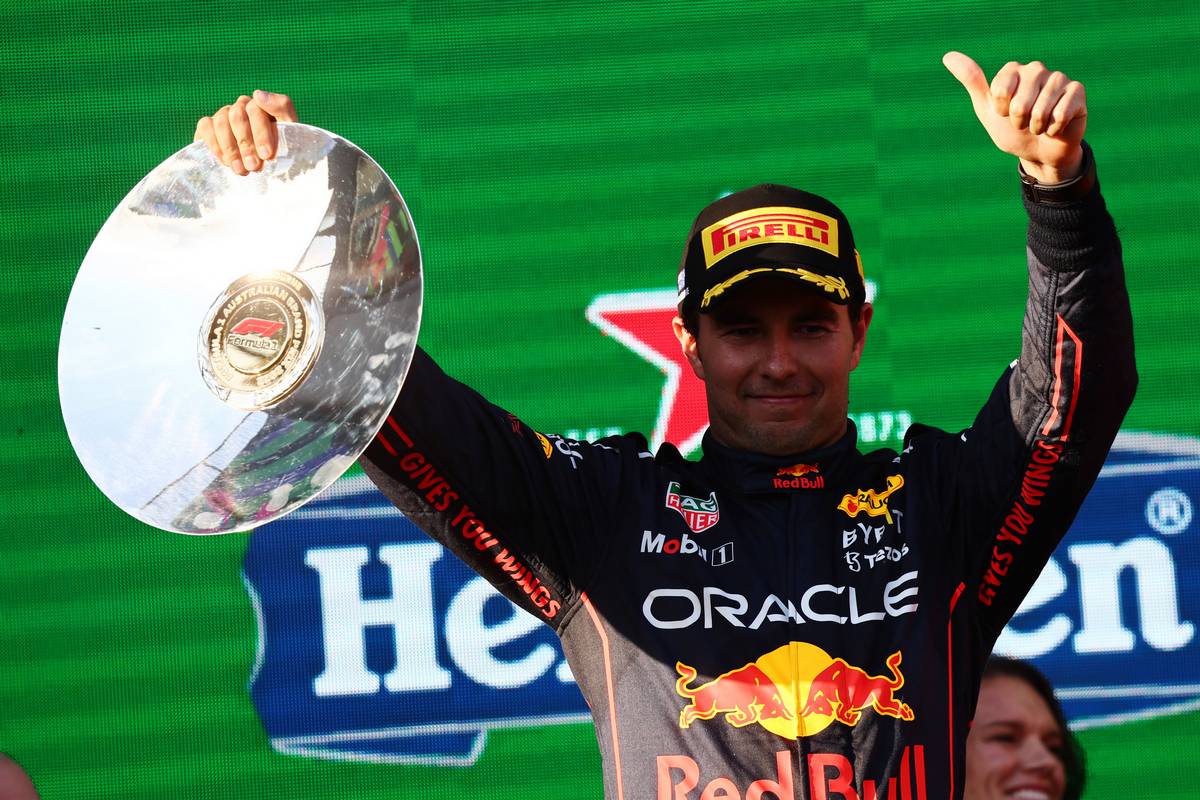 "[Previously] I think we’ve been really close in qualifying, the race. Even yesterday I felt we were a little bit closer than we showed. But I think today they were on another level.

"We got a few things wrong across the weekend and we were battling more with Mercedes than Ferrari so the pace wasn’t where we want it to be, but we will work on it.

"Sector 3 was really weak for us. We had to do a lot of compromises for that which really affected us throughout the circuit," he explained. "It shows that that corner in particular, we are very sensitive and it’s very easy to get it wrong.

"We also were a bit too poor with our balance. We took a bit of a wrong direction with the car, so I think there is analysis to be done.

"We ran the two cars a bit different so also there’s analysis to do [comparing them]. I am sure we will learn a lot from this weekend because we seem to be a bit harder on tyres than Ferrari.

"We want to be up there fighting with them and today that wasn’t the case. If we can improve the car a little, then we can be more confident.”

Three races into the new season, Perez is currently fourth in the driver standings, 41 points behind Leclerc and two ahead of Verstappen.

Sainz owns up to mistake, but Ferrari needs to be 'more perfect'