Lando Norris believes that it was possible that he could have muscled his way onto the front row of the grid for tomorrow's Emilia Romagna Grand Prix sprint race.

Norris was in provisional third place when the final round of qualifying resumed with just under three minutes remaining on the clock following a stoppage after problems for Valtteri Bottas.

He started well, but the treacherous wet track conditions resulted in Norris crashing out and glancing the barriers at Acque Minerali, triggering a fifth and final red flag stoppage as a result.

With no time remaining for anyone to undertake further push laps, Norris held on to third place in the final times, behind Max Verstappen and Charles Leclerc.

"It’s a shame because there was a chance at least to maybe have a go at Charles," the McLaren driver told reporters after he managed to hitch a ride back to parc ferme.

"There was a possibility for us to go forwards even more, because the car was feeling feeling good and I was feeling confident.

“It’s difficult to say because I’m sure that everyone can say they improved," he acknowledged. “There was a lot left in the lap. 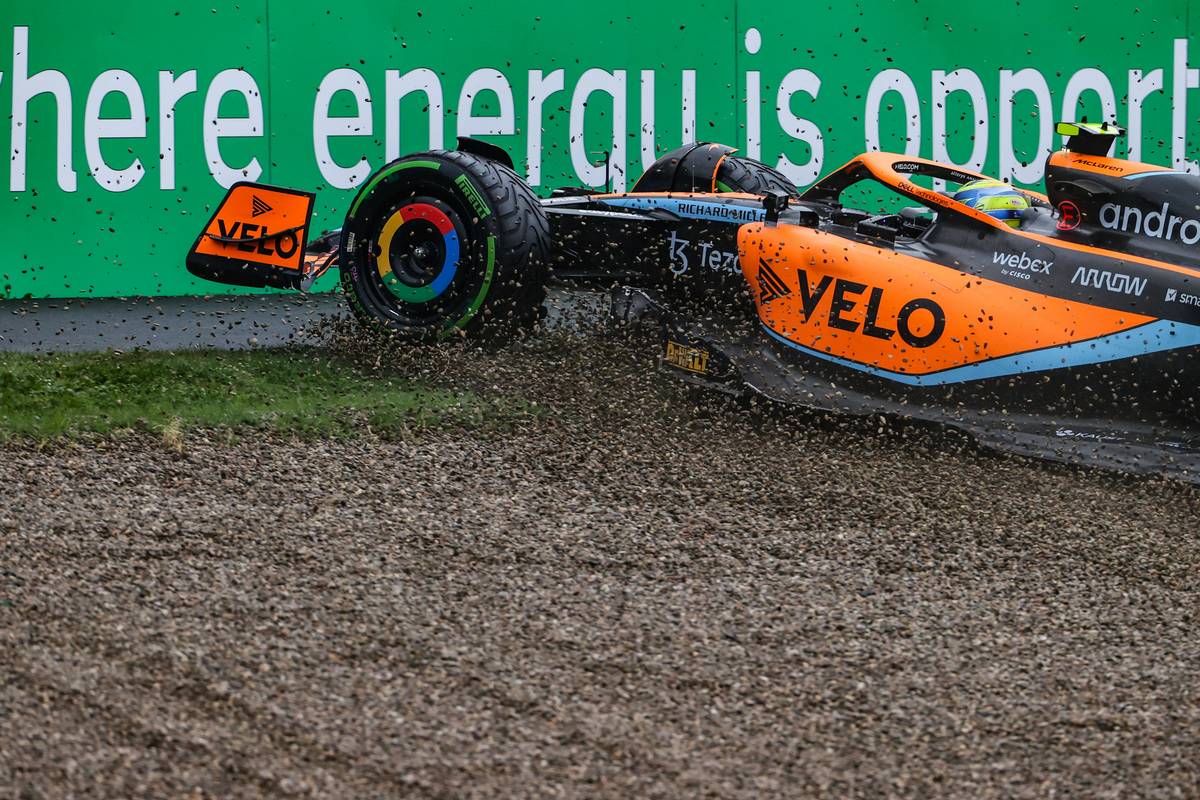 "I just tried to get the tyres into temperature, but I pushed too hard on the out-lap."

But despite missing out on the front row, Norris was delighted to be in the top three which confirms a genuine resurgence for the team after a difficult start to the season in Bahrain and Saudi Arabia.

Although Norris and his team mate Daniel Ricciardo bounded back to finish in the top six in Australia, the question mark was whether that had been due to track-specific characteristics.

Today's strong showing at the Autodromo Enzo e Dino Ferrari suggests that this is not the case, and it's an all-round improvement for the MCL36. 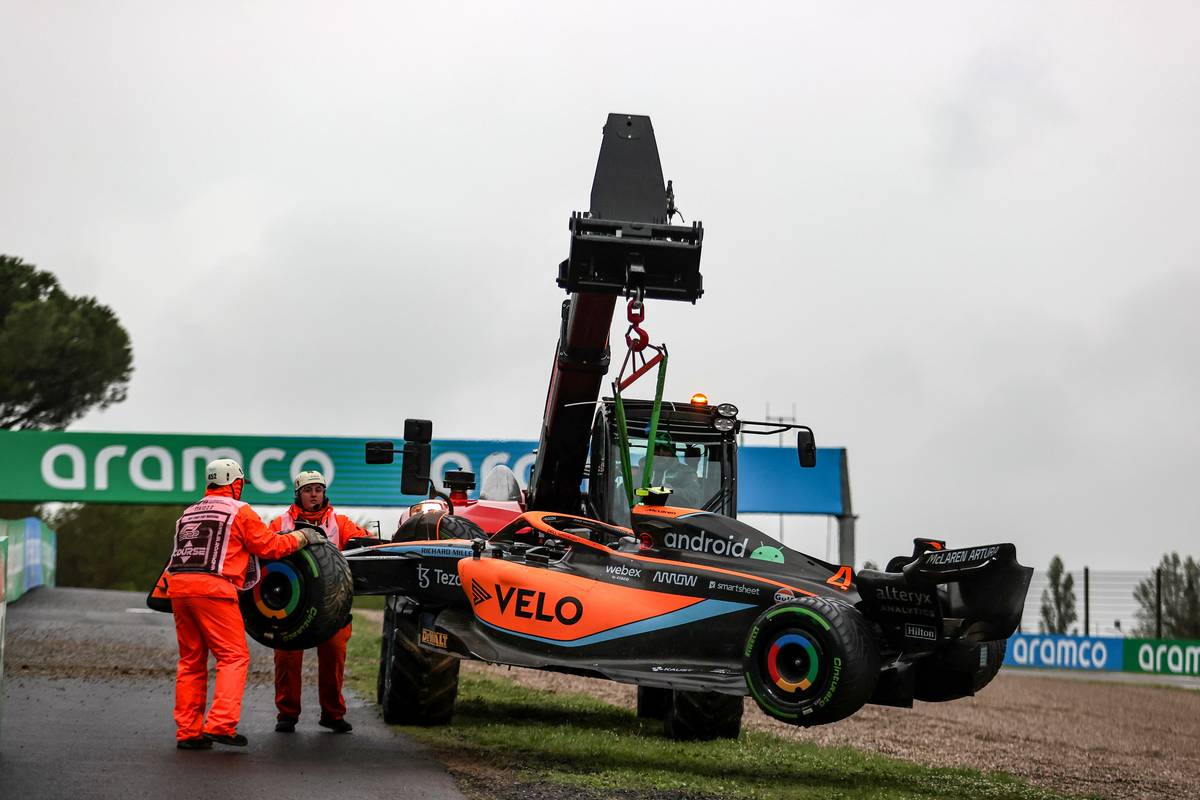 “Of course I’m happy, I’m top three which is quite a surprise for us,” he said. "[It's] a good position for tomorrow, so I’m happy."

However Norris was wary of being too confident. “I’s difficult to say,” he said. "These conditions made a big difference for us today.

"I think that’s why we’re in the position we were. I think if it was completely dry, we wouldn’t be in third place.

“We made the most of today, of course, and we’ve given ourselves the best opportunity to score some good points this weekend. So that’s the aim.”

Ricciardo also made it into the final top ten pole shoot-out round and will start tomorrow's sprint from sixth. The result of Saturday's sprint will then set the starting order for Sunday's Grand Prix.