Kevin Magnussen returned Haas to the points at Imola, in both the sprint event and in the Emilia Romagna Grand Prix, but it was a busy Sunday for the Dane who spent his day defending his position from from start to finish.

After Haas' pointless weekend in Melbourne, the US outfit put itself back on track at the outset in Italy, with Magnussen clocking in a superb 4th in Friday's qualifying.

On Saturday, F1's returnee lost some ground against a group of faster cars in the 21-lap sprint but still ensured himself a P8 starting positing for Sunday's race.

But once again, despite his best efforts, he succumbed to faster contenders, concluding his afternoon P9 in the final standings.

"It was okay, we're happy. The target was to get into the top 10 and we did, so we've got to be happy with that," said Magnussen, speaking to Sweden's ViaPlay.

"There are always points you can do better, which is good. We have some things that we will improve on and work on.

"The car has good potential, we just need to put it all together and we will continue to score points." 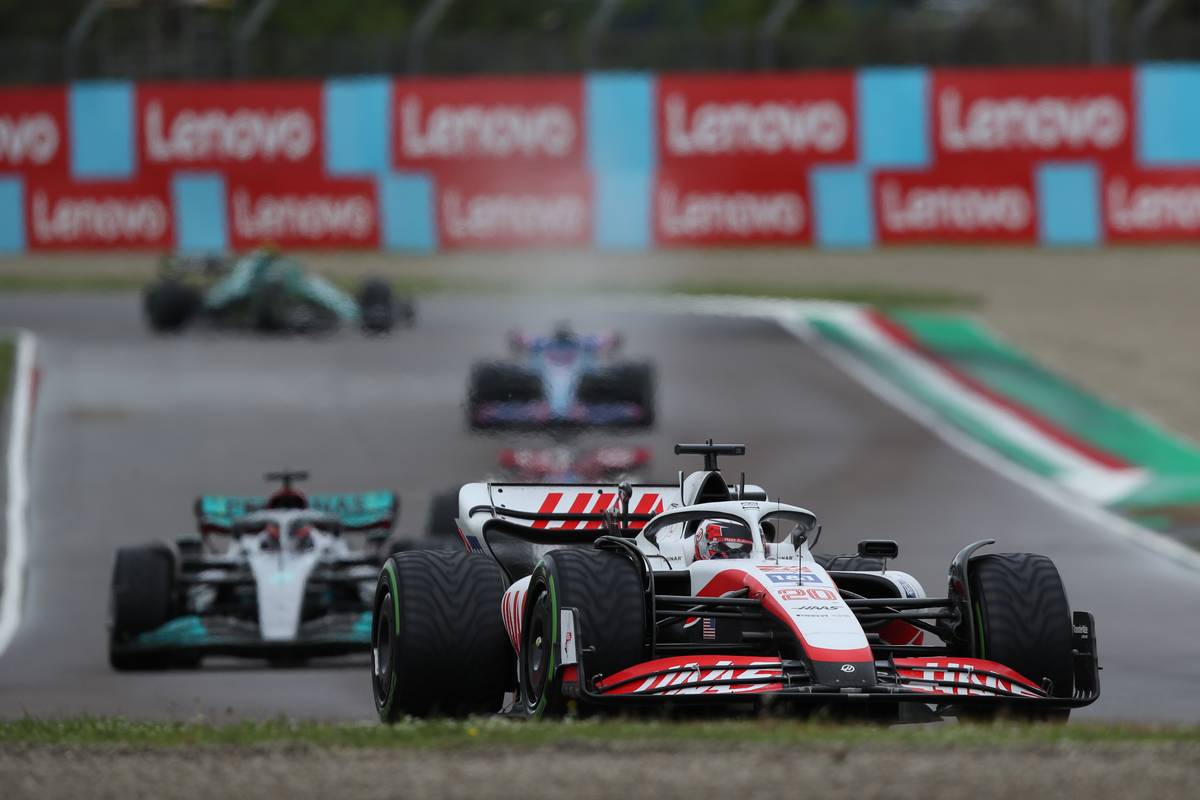 Magnussen successfully negotiated the the first part of the race which tool place in changing conditions. But the Dane reckons he should have swapped his intermediate tyres for a set of mediums earlier than lap 18.

"We lost a bit of time around the pit-stops and we were perhaps a little too slow to react," added K-Mag.

"I told the team not to be too fast [to take on slicks] as I didn't want to risk anything as we were in a good position at that point.

"That was maybe the wrong call, as we ended up getting undercut by a few people, but we live and learn."

Magnussen joked that the multiple battles he fought all afternoon made for good entertainment for the fans but were particularly "annoying" for himself.

"Maybe [they] were good to watch, but they were annoying for me, because I was being attacked and overtaken.

"It was one of those weekends where I was defending all the time because we got ourselves in a good position in either qualifying or the first lap in the main race, so I don’t think we could have got much more.

"With the perfect pit-stop I could have been probably P8 but anyway that’s what we got and we’ve got to be happy with that."

"We did what we could and we have to be happy with what we've got."

Ferrari supportive of Leclerc's decision 'to push' at Imola

F1 drivers unhappy with late activation of DRS at Imola