Ferrari team boss Mattia Binotto says he has no regrets over Charles Leclerc's decision to push in the closing stages of the Emilia Romagna Grand Prix despite the mistake that cost the Monegasque a podium.

Leclerc had spent almost all his race in third position behind the leading Red Bull duo of Max Verstappen and Sergio Perez, but unable to reel in and mount an attack on the bulls.

With twelve laps to go, Ferrari opted to pit Leclerc for a set of soft tyres in a bid to overhaul Perez, hoping the move would also encourage Red Bull to pit its drivers which it did.

But as he chased the Mexican hard, Leclerc overdid it at the Variante Alta chicane and spun off.

The Scuderia charger was fortunately able to rejoin the race although he also required a front wing change. Leclerc dropped down the order but charged from P9 to P6 in the final eight laps of the race. 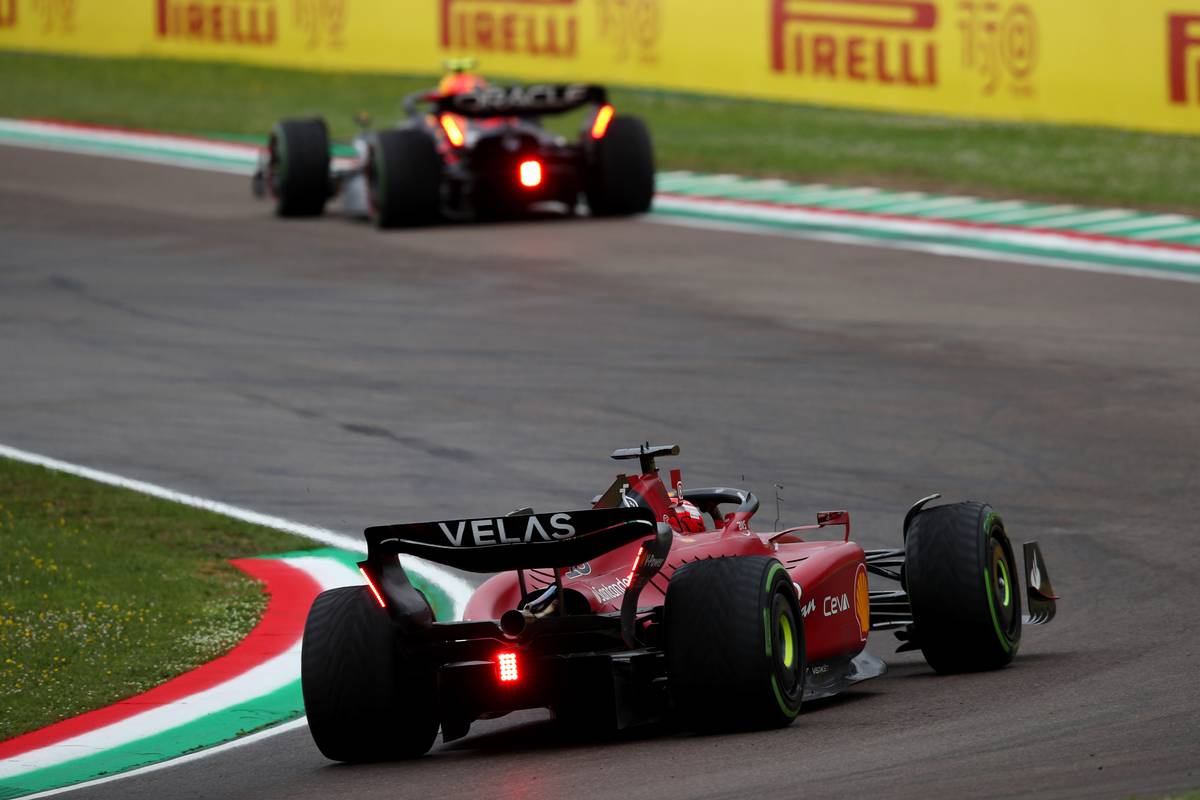 In hindsight, Binotto remained supportive of his driver's push, admitting that "mistakes can happen".

"I think there will never be regret to ask a driver to push," he said. "I think that is part of our job, and it's part of their job trying to drive to the limit. Mistakes can happen.

"I think with this year's cars, obviously, the cars on the kerbs are a lot more stiffer and somehow, if you make a small mistake, you're paying for it quite a lot.

"So no regrets. I think we made the right choice and that is it."

Alluding to Leclerc's second stop, Binotto stated that it had been decided as a strategic choice, not because of tyre degradation

"We were not running out of front tyres," he said. "At that time of the race, the pace with Sergio Perez was very, very similar or slightly better.

"But, because we believed that there was no opportunity for us to attack and overtake Perez with those tyres any more, we did the pit stop.

"We hoped that they would have stopped as well, which was the case. So they were both on new tyres. It was like resetting the race, 15 laps to go, and on soft tyres.

"I think it worked somehow pretty well because Charles was very close to Sergio and he tried to attack before he made the mistake." 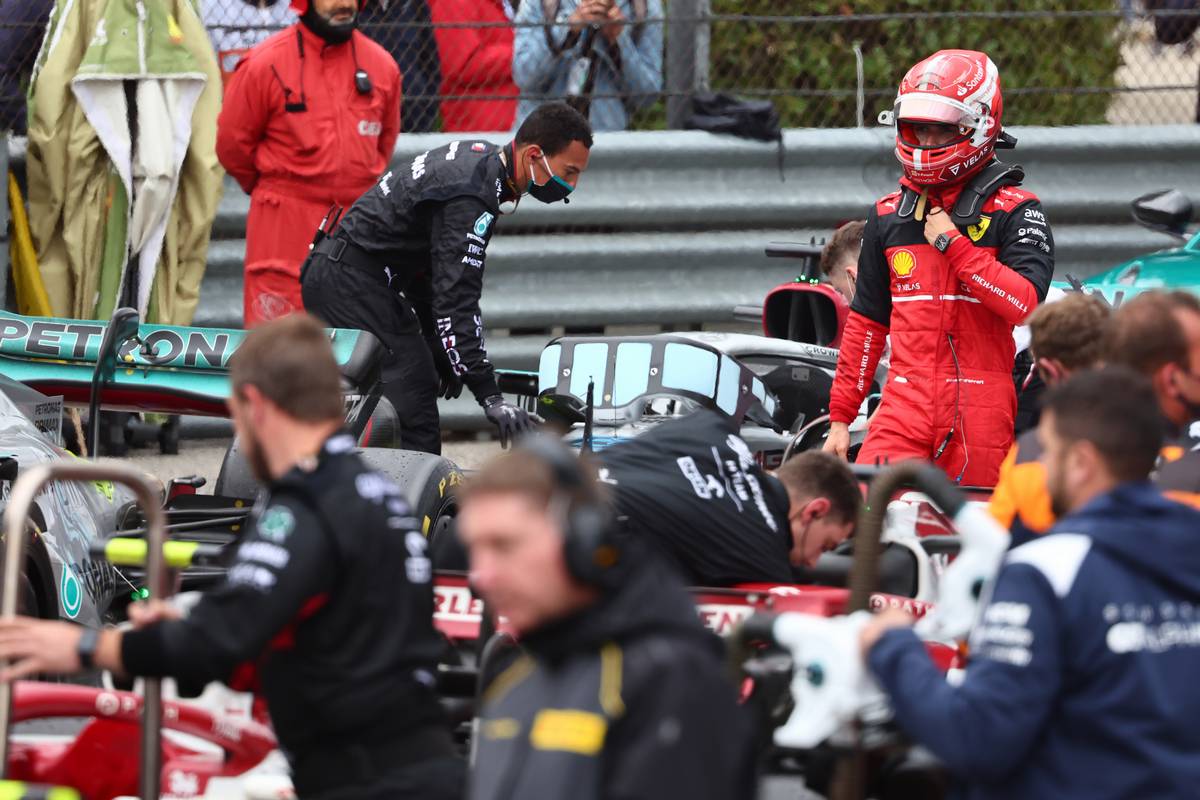 After the race, Leclerc understandably rued his mistake, admitting that he had perhaps been too "greedy" in his pursuit of Perez. But the Ferrari driver rejected the idea that he was taking too much risk at the Variante Alta chicane.

"I don't think I was taking particularly more risk," he said. "I was quick there and the car felt good there, especially in the race today.

"I felt like it was probably one of the corners where Checo was a bit less competitive than me. And obviously on that lap, I knew that there was an opportunity.

"So I tried to push a bit more, and it was too much. Apart from that, I don't think I've taken any unnecessary risk on the other laps during the weekend or whatsoever. Everything was okay on that side."

Russell 'not getting comfortable' as Mercedes' best performer

Magnussen: Imola battles good to watch but 'annoying for me'