Lewis Hamilton has posted a very pointed comment on social media in the wake of suggestions from Red Bull motorsport consultant Dr Helmut Marko that he should have retired at the end of 2021.

After Hamilton finished the Emilia Romagna Grand Prix in a dispiriting 13th place and was lapped by race winner Max Verstappen along the way, Marko told Sky Sports F1: "Maybe he should have stopped last year, he is thinking!"

"What a cheap shot! Typical Helmut Marko and Red Bull, to be honest," Herbert fumed, going on to refer back to the controversial end to the 2021 season. "The race at the end of the year, as we know, was completely and utterly wrong - but it was [Lewis Hamilton] who dominated that last part of the year."

"Would [Red Bull] want him in their car? Yes, they would. They know he's a big, big threat for them once Mercedes get everything together and they start battling for those race wins again."

Max's father Jos also stoked the fire with comments on the driver's official website in which he admitted: "Honestly, I did enjoy seeing Max lap Hamilton after everything that happened last year," adding: "It’s not often you have the opportunity to lap a Mercedes."

But Red Bull boss Christian Horner had been rather more diplomatic in his post-race comments when asked how Hamilton would be feeling about the recent downturn in Mercedes' performance.

"He's obviously had a horrible weekend, but he's still a [seven]-time world champion," he pointed out. "He hasn't forgotten how to drive in the last four races. At some point they'll sort their issues out and he'll become a factor, I've got no doubt." 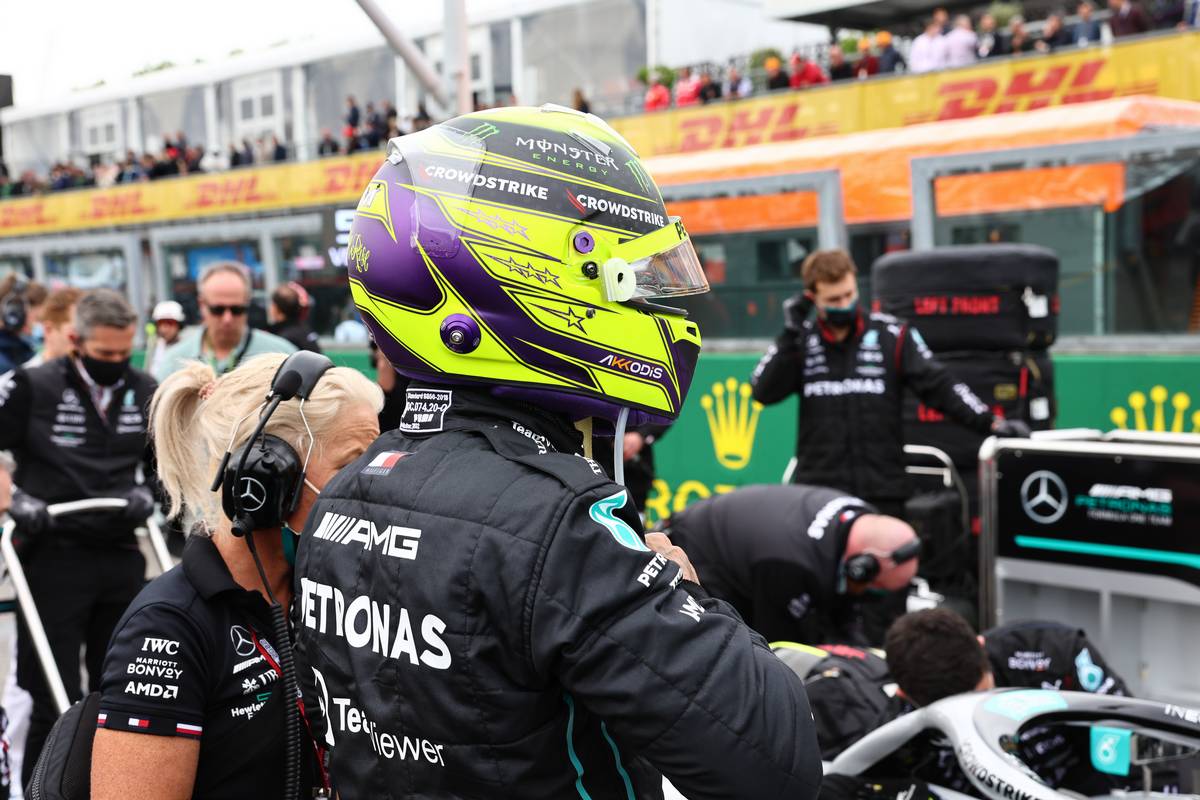 Hamilton didn't respond or refer directly to Marko's barbed comment, but on Wednesday he posted a determined update on his social media channels.

"Working on my masterpiece. I'll be the one to decide when it's finished," Hamilton said on Instagram. The post attracted positive replies from fans - and one from the official Mercedes account which contained a 'crown' emoji.

Hamilton was also seen sporting a new tattoo on his left hand tis week, adding to those on the backs of his fingers and knuckles that he had done in February.

It was a word written in large cursive script, but couldn’t be made out in full in pictures taken by paparazzi in New York City due to the sleeve of his jacket.

He insisted that he was "100 per cent committed" to Mercedes and that "there's nowhere else that I want to be", adding that any suggestions to the contrary were "silly" and "nonsense".

Baku boss not feeling under pressure from new venues