Mick Schumacher insists that news of Carlos Sainz' contract extension at Ferrari won't have much effect on his own career prospects in the near future.

A current member of the Ferrari Driver Academy, Schumacher had been expected to progress to the Ferrari line-up in due course, after first serving out his current apprenticeship with the Haas F1 squad.

But with Sainz now confirmed at Maranello until at least the end of 2024, and his team mate Charles Leclerc already signed to a long-term deal with the Scuderia, it seems the way forward for Schumacher is currently blocked.

"It's the obvious step for Ferrari," Schumacher said when asked how he felt about Sainz' new contract. "Carlos obviously had a great season last year and also had a pretty good few races this year.

“They have two great drivers," he added. “So yeah, it was clear.

"For me it doesn't really change much as my job is to do my best here now," he continued. “And that's with Haas."

AlphaTauri boss Franz Tost commented recently that Schumacher should get at least three years experience driving for smaller teams before stepping into the cauldron of a leading squad like Ferrari.

“Formula 1 is extremely complicated today," he said. "A driver needs at least three years of learning to drive at the top level."

Ferrari team principal Mattia Binotto said that talks with Sainz had started over the winter and that he'd never spoke to anyone else in the course of the negotiations. 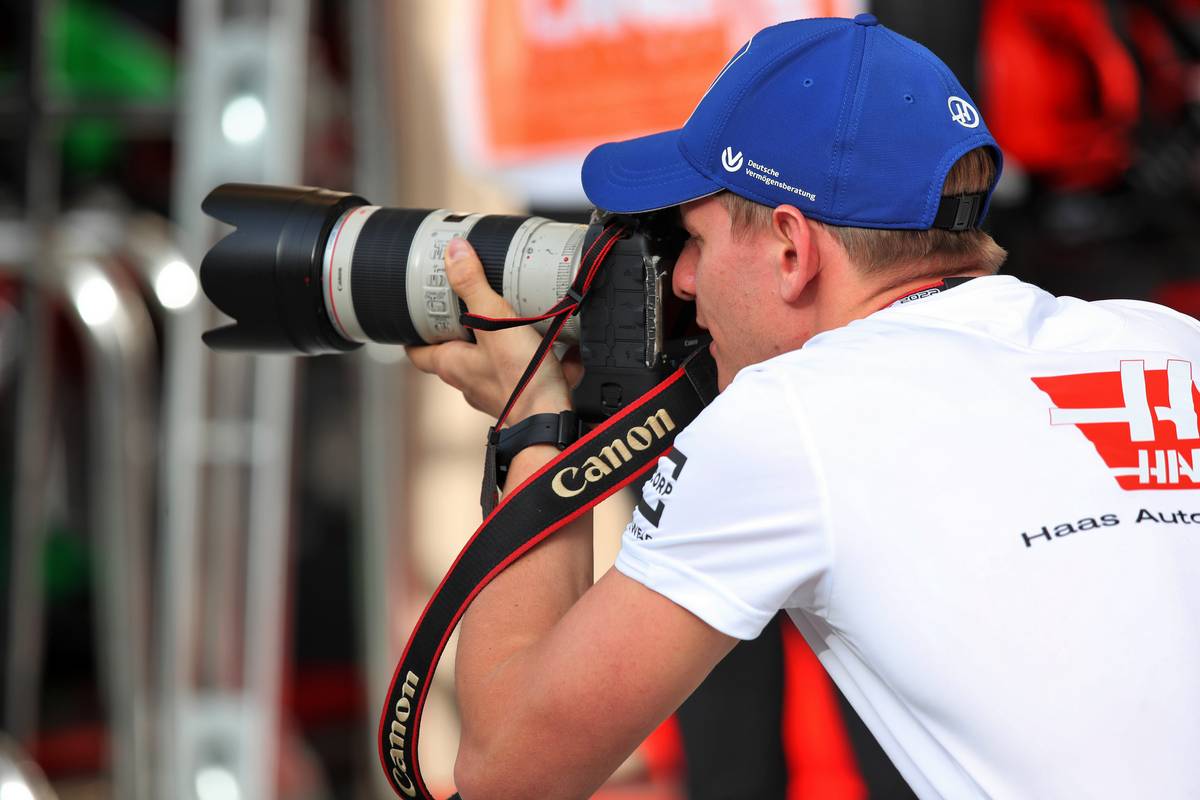 "For us - looking at the future, trying to create the right foundations - it was important to renew at that time of the season," he added. "We know now from now the end of 2024, we can count on a fantastic line-up."

The news of Sainz' new deal was well received in the paddock, with former Ferrari driver Fernando Alonso commenting: "I think they did good to continue with him.

"They have the fastest car now, so it’s good to see Carlos in that car for a few more years," he added. "And with these new regulations, they should stay a very competitive package.”

Meanwhile Schumacher is himself benefitting from a much stronger car at Haas, with the VF-22 competing for points and top ten finishes in start contract to a pointless 2021 for the US outfit.

He just missed out on both in the season opener when he was 11th in Bahrain, but was forced to sit out the following race in Saudi Arabia after suffering a heavy accident in qualifying.

Fully recovered in time for Australia, he then started the Emilia Romagna GP from P10 only to spin on the opening lap, which meant he finished the race in an unrepresentative P17.

"Unfortunately I lost our position right at the beginning and then had to recover from there," he said, lamenting getting stuck in a long line of DRS-enabled cars.

"It was quite difficult, the Williams was very quick in the straights, so no chance for me there to get by. We were hoping we had more pace. It was quite unfortunate, but we live and we learn, we try to look ahead and do it better next time."

Hamilton and INEOS miss out with bids for Chelsea FC