Max Verstappen aims to make a splash next weekend in Miami for the city's long-awaited inaugural Grand Prix, for which the Red Bull charger has whipped up a striking one-off lid design.

Formula 1 is setting up shop in Florida this week for the first time since 1959, when its teams and drivers raced at Sebring for the very first US Grand Prix, an event won by a 22-year-old Bruce McLaren.

But bringing the F1 party to Miami - a haven surrounded by magically lit
towers springing from glistening waters - is taking the sport's razzle-dazzle and allure to the next level.

On the back of his win at the Emilia Romagna Grand Prix, Verstappen closed the gap to championship leader Charles Leclerc to 27 points. And the Dutchman is determined to keep his momentum flowing in Miami. 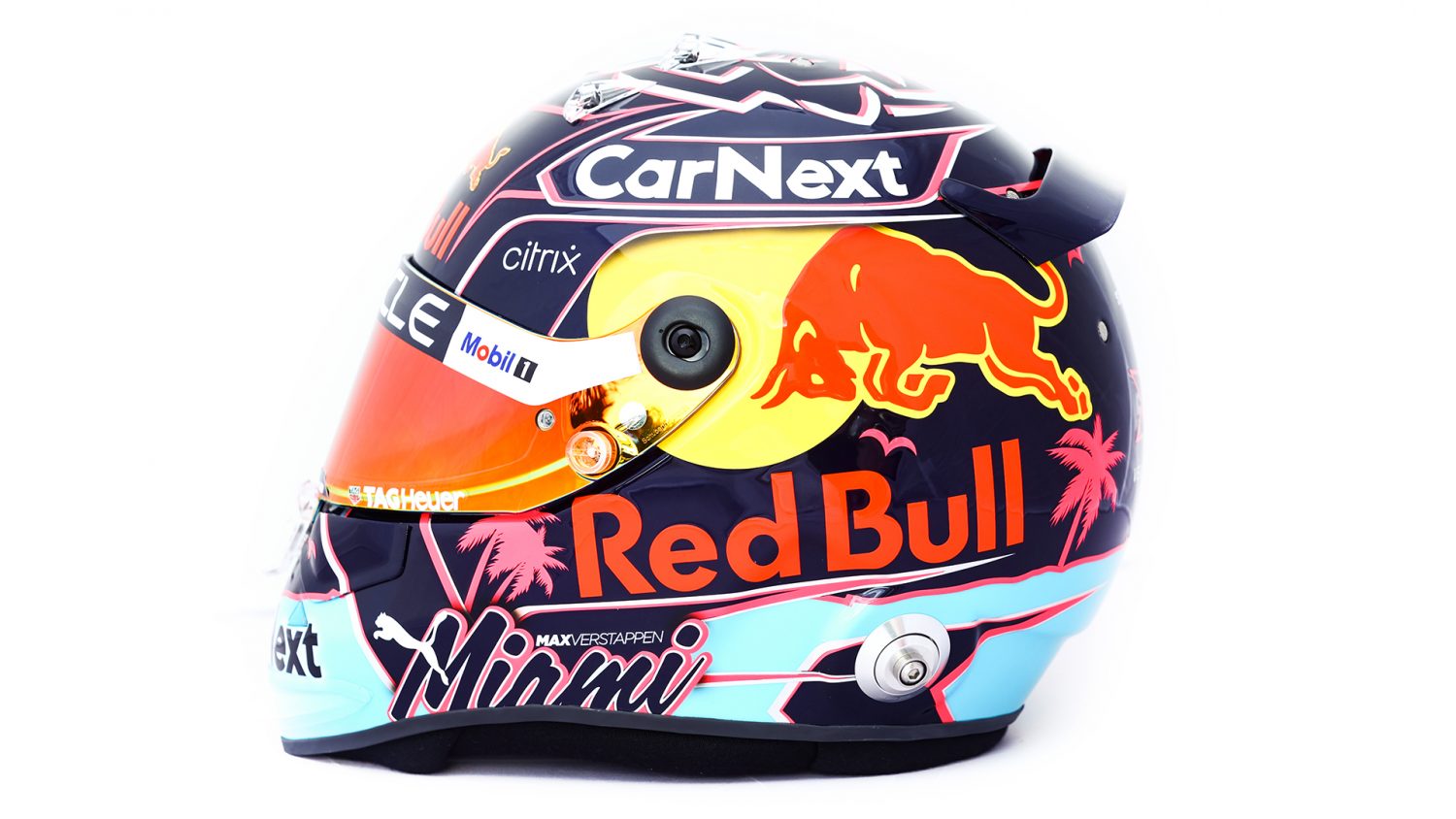 Before hitting the track later this week, Verstappen pulled out of his bag of tricks a new helmet design which he says is one of his favourites to date.

"It's the first time we go there, so I'm really excited to be there, and I thought why not add a bit of a Miami Vice flavour to it?" said the reigning world champion as he unveiled his special lid.

Check out Max's helmet reveal in the video below.

Mercedes set for 'experiments' in Miami to confirm development path