Charles Leclerc is confident in Ferrari's "very strong package" in Miami but the Monegasque also fears the straight-line speed of Red Bull's RB18.

Leclerc and teammate Carlos Sainz edged their Red Bull counterparts in qualifying on Saturday. But in race trim, the fight for supremacy will pit the Scuderia's traction and cornering speed against the maximum velocity of Red Bull's charger.

And that's a battle that Leclerc fears Ferrari might lose.

"If they are close to us then it’s going to be very difficult," said the poleman for Sunday's inaugural Miami Grand Prix.

"But we’ve got this advantage in the corners, which hopefully [means] they will be too far [behind] to then have an opportunity of overtaking us on the straights.

"Only time will tell and we’ll only see that [in the race]. But the pace of the car is quite strong, so we’ll focus on ourselves and see where we are."

So far, Ferrari's 2022 car has performed well at every venue, a fact that bodes well for the future says Leclerc.

"It is a very strong package that we have – it works in more or less every conditions since the beginning of the season.

"So, that is a good sign for the future. But, as I’ve said many times, I think the upgrades this year will be very important." 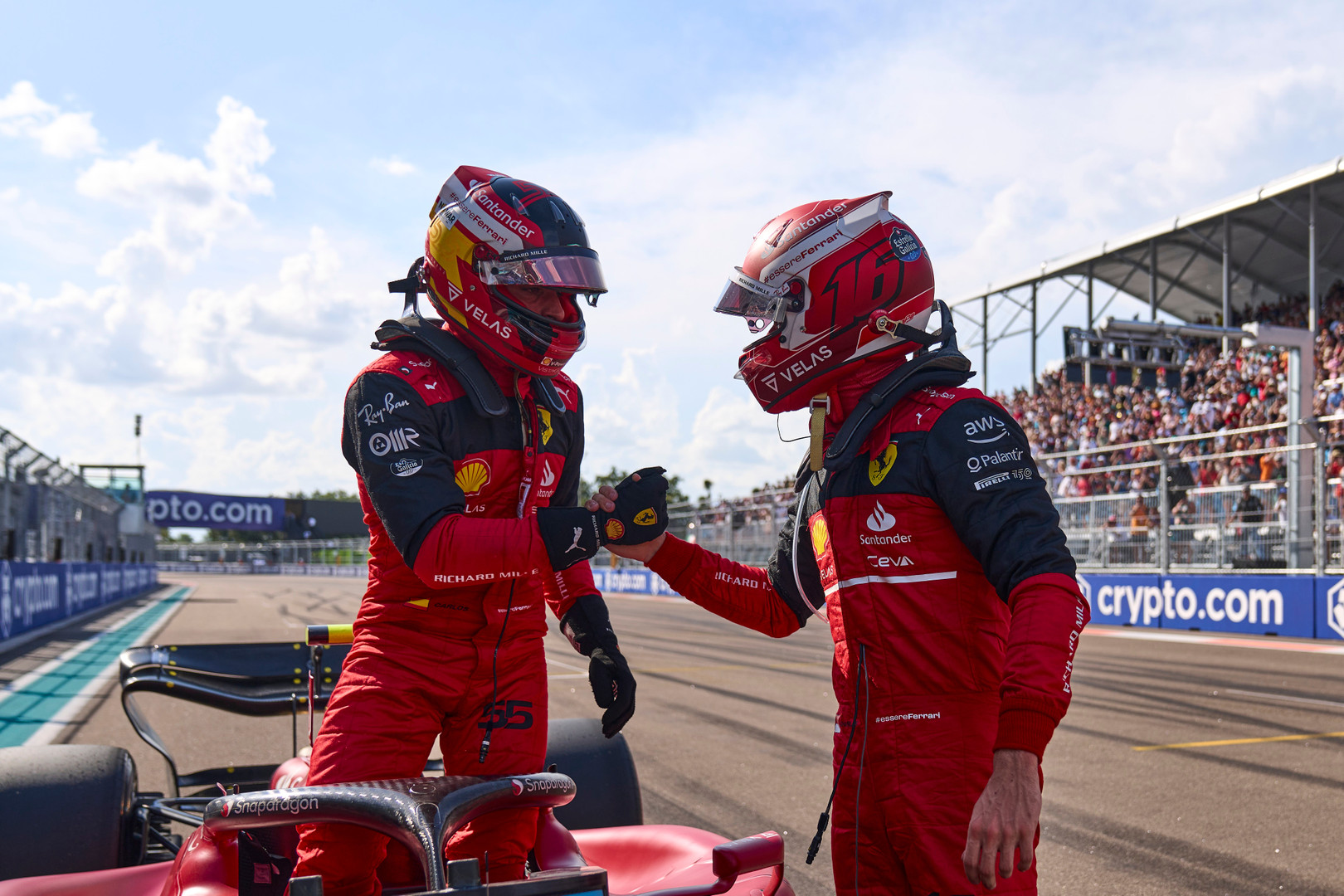 The current leader of the F1 championship says that having Sainz alongside him at the start of Sunday's race is definitely a boost for the Italian outfit.