Lando Norris ascending run in the points came to a brutal end in Miami, but the McLaren driver, while frustrated by the outcome of his race in Florida said it wasn't the end of the world.

Since Saudi Arabia, where he finished seventh, Norris bettered his results in Australia and at Imola where he clinched his first podium of the year.

But in Miami, the young Briton found himself in the wrong place at the wrong time when he collided with AlphaTauri's Pierre Gasly in the second part of the race.

One lap earlier, the Frenchman had suffered a run-in at Turn 1 with a clumsy Fernando Alonso but the damage inflicted by the Spaniard forced Gasly off course at several corners.

Unfortunately at Turn 8, after running wide Gasly drifted into the McLaren's path just as Norris was completing his pass. 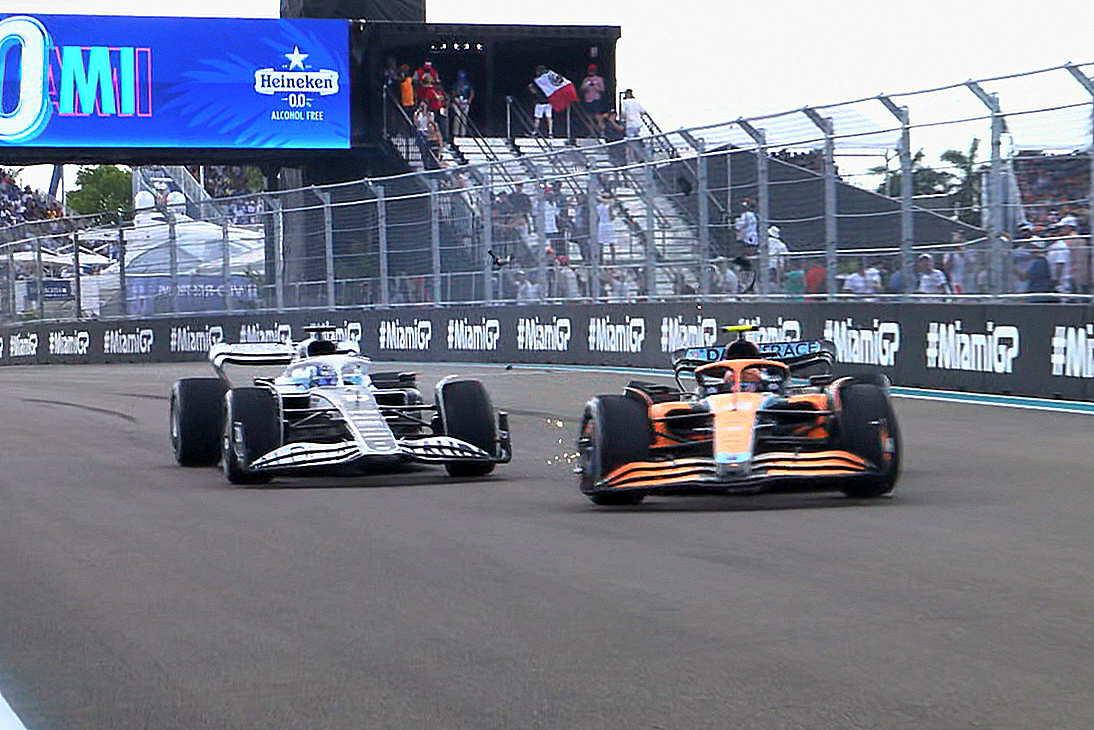 "Someone just said he was on the radio saying he was going to retire or something, so if that is the case then I think what he did was silly," commented the Briton.

"If you’re going to retire, you just get out the way of people racing. He was looking in his right mirror, he was drifting across the track. A shame.

"Of course you could say maybe I could have left a bit more room, but I don’t expect him to just try and stay in the middle.

"We maybe could have scored an eighth place, ninth place, which is a couple of points, better than none. It would have been nice but it didn’t end that way.

"Frustrating, but not the end of the world."

The stewards deemed the crash a racing incident, but Norris clearly felt that more blame should have been apportioned to Gasly given that he was on his way back to the pits.

"But I think if he was going to retire, it was just a bit of a silly incident from his part and he should have just got out of the way a bit more."