Jenson Button competed for 17 years in Formula 1, a lengthy period during which the 2009 World Champion raced alongside 13 different teammates.

Among those with whom Button collaborated are fellow world champions Jacques Villeneuve at Bar, and Lewis Hamilton and Fernando Alonso at McLaren.

However in an "Ask Me Anything" video produced by Williams for which Button is a special advisor, the Briton was asked to name his most underrated teammate. But Button singled out two names.

"That’s a tricky one. I think Rubens [Barrichello], because Rubens’ engineering skills were extraordinary," he explained, referring to his 2009 Brawn GP colleague.

"There was nobody that came close to Rubens, so for me it was great having him as a team-mate. 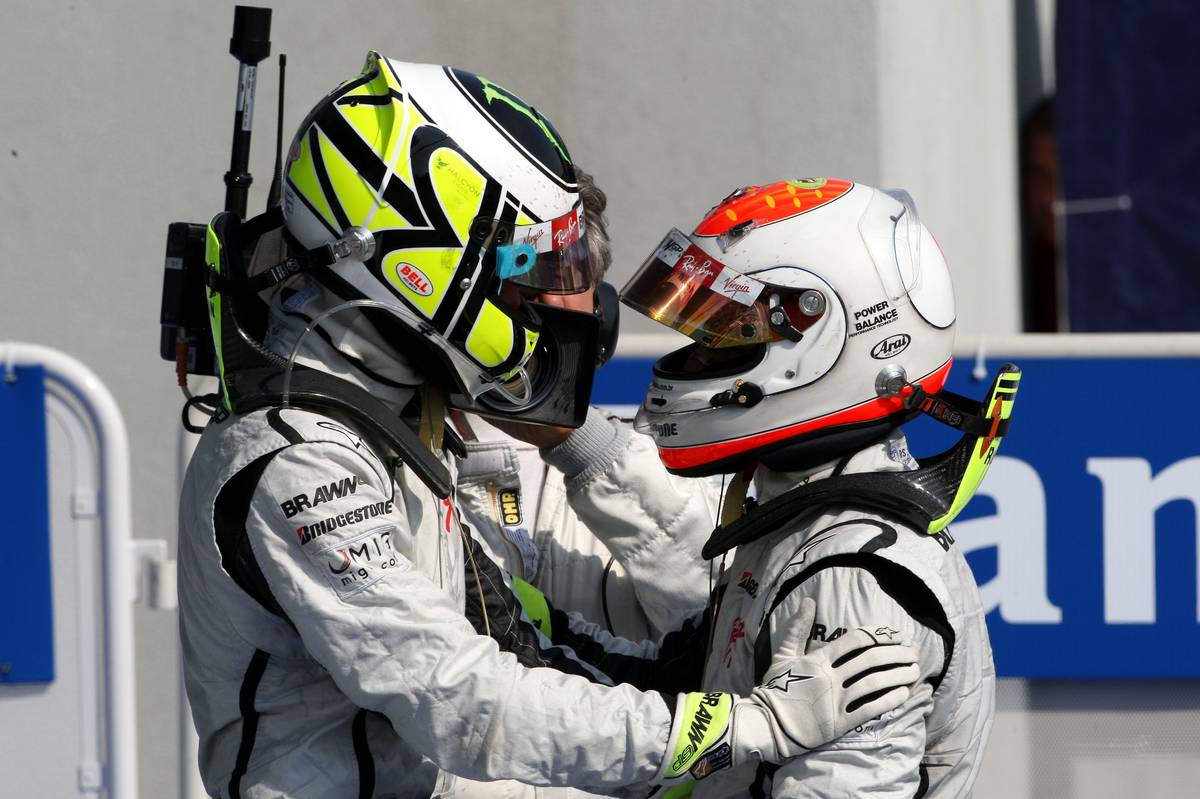 "Kevin Magnussen – [you can] kind of see what he can do now, right? He’s pretty quick, but he was quick from the word ‘go’. I think the mental side of the sport hurt him the most when we were team-mates."

Button was on duty with Sky F1 last weekend in Miami and praised the sport for its successful expansion in America where F1 will add a race in Las Vegas next year.

Queried on where he would like to see the sport add its next venue, Button offered up a self-serving proposition.

"I think Los Angeles," he said. "Being selfish, because that’s where I live…

"Or London…London would be a great grand prix. I know there has been talk about it for years. One day it might happen."

Finally, the 42-year-old - the proud owner of the JBXE Extreme E team – was asked about the prospect of one day becoming a team principal in F1.

"Team principal? It looks like a tough job," Button said. "Yes, lots of arguing with other team principals, but who knows what the future holds?

"I feel too young at the moment, there’s a lot of other stuff I’d like to do but, yeah, maybe one day."