After a relatively quiet time in Friday's two practice sessions at the Circuit de Barcelona-Catalunya heading into this weekend's Spanish Grand Prix, Max Verstappen sprang to life in qualifying and came close to snatching pole from Charles Leclerc.

Leclerc had been quickest in all of the practice sessions and was once again on top in the first round of qualifying, but Verstappen proved to be fastest in Q2 after Leclerc was content to sit out the second runs.

Verstappen took the opportunity to post a time of 1:19.219s putting him almost a quarter of a second clear of Leclerc's Ferrari team mate Carlos Sainz, setting up a tense climax in the final top ten pole shot-out round.

Verstappen claimed first blood in that battle, setting time of 1:19.073s to secure provisional poe after Leclerc went for a brief spin and failed to set a time but the Monegasque bounced back with his second effort and went top by 0.323s.

Verstappen's attempt to respond was thwarted by a DRS issue on the RB18 as he started his final flying lap, leaving him unable to improve on his earlier time and having to settle for second place on the grid for tomorrow's race.

"I couldn't do my final run," he told the media in parc ferme after the end of the session. "Either the DRS didn't open or I just lost power, so it's a bit of a shame." 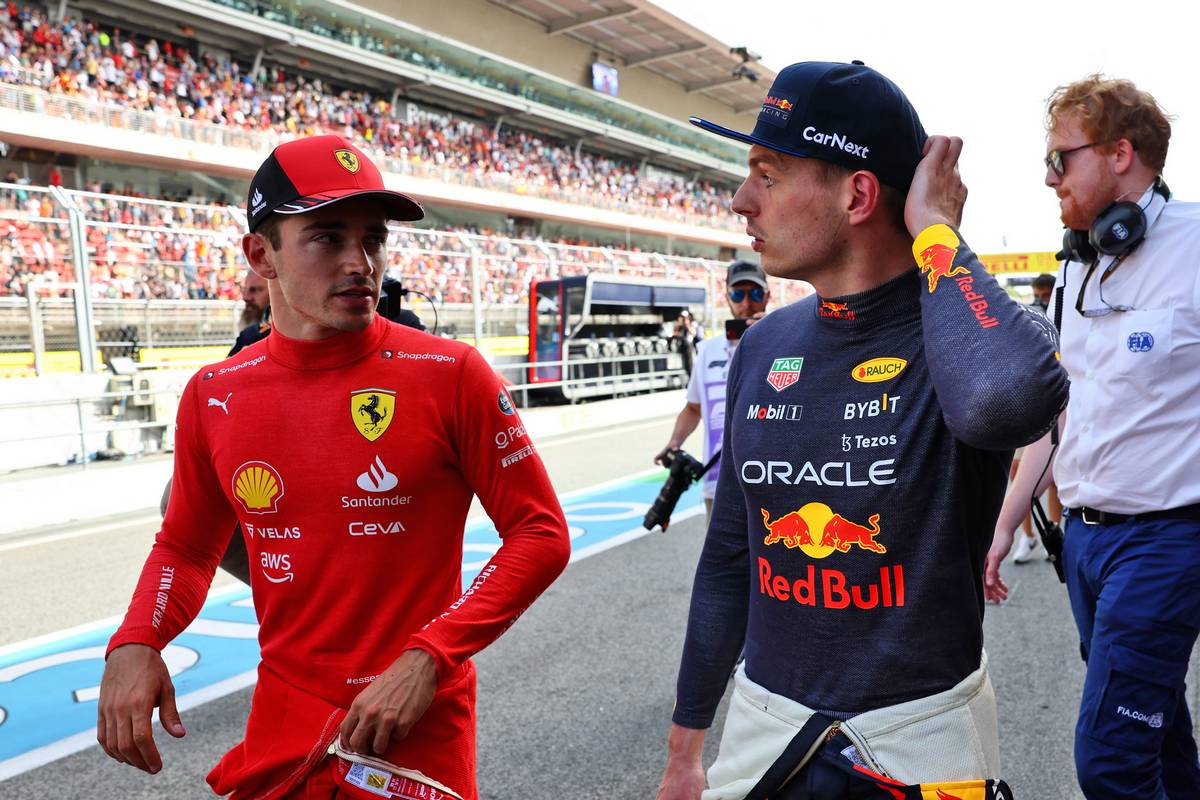 "It wasn't actually power. In the end, it was a DRS that didn't open," he explained. "We need to get the car back to understand what's caused, because it opened on the back straight just as a check as it came back into the pits.

Asked if he felt that without the DRS problem he would have been able to challenge for pole, Verstappen replied: "It's always difficult to tell.

"Overall to be on the front row for us here, looking at the whole weekend so far, was a good achievement. But I would have liked to go for that final run.

Losing out on pole is far from the end of this weekend's story, however. Despite starting from behind, Verstappen has been able to get the better of Leclerc in the last two races - meaning there's very much still all to play for tomorrow.

Verstappen suggested it would all come down to who was better on the tyres in the scorching conditions. 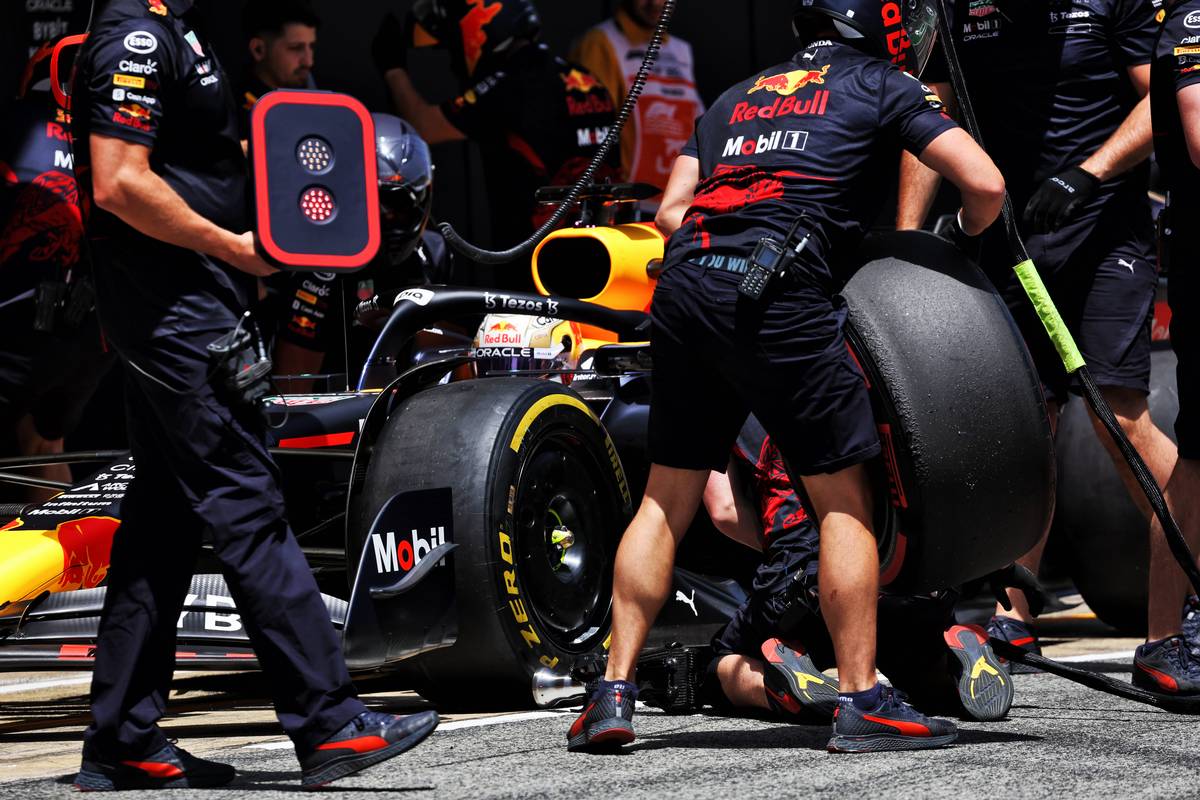 "The last few races we seemed pretty decent on the tyres," Verstappen explained. "Tomorrow will be very hot, very warm.

"Hopefully our car will be again a bit kinder on the tyres, but it's a bit difficult to tell at the moment," he added. "This track will be quite tough to pass, but let's see."

Red Bull appear confident that their race won't be affected by any recurrence of the DRS issue that came up at the en dof qualifying.

"These things are tending to happen," Horner said. "We saw Ferrari change the chassis last night [on Carlos Sainz' car] because of a fuel system issue.

"Unfortunately, it's hit us at inconvenient times - the last time you want it is on the last run in Q3," he acknowledged.

"But as a team we work hard, we are trying to understand what the issue is. It may be as simple as a piece of rubber's got stuck in the mechanism." 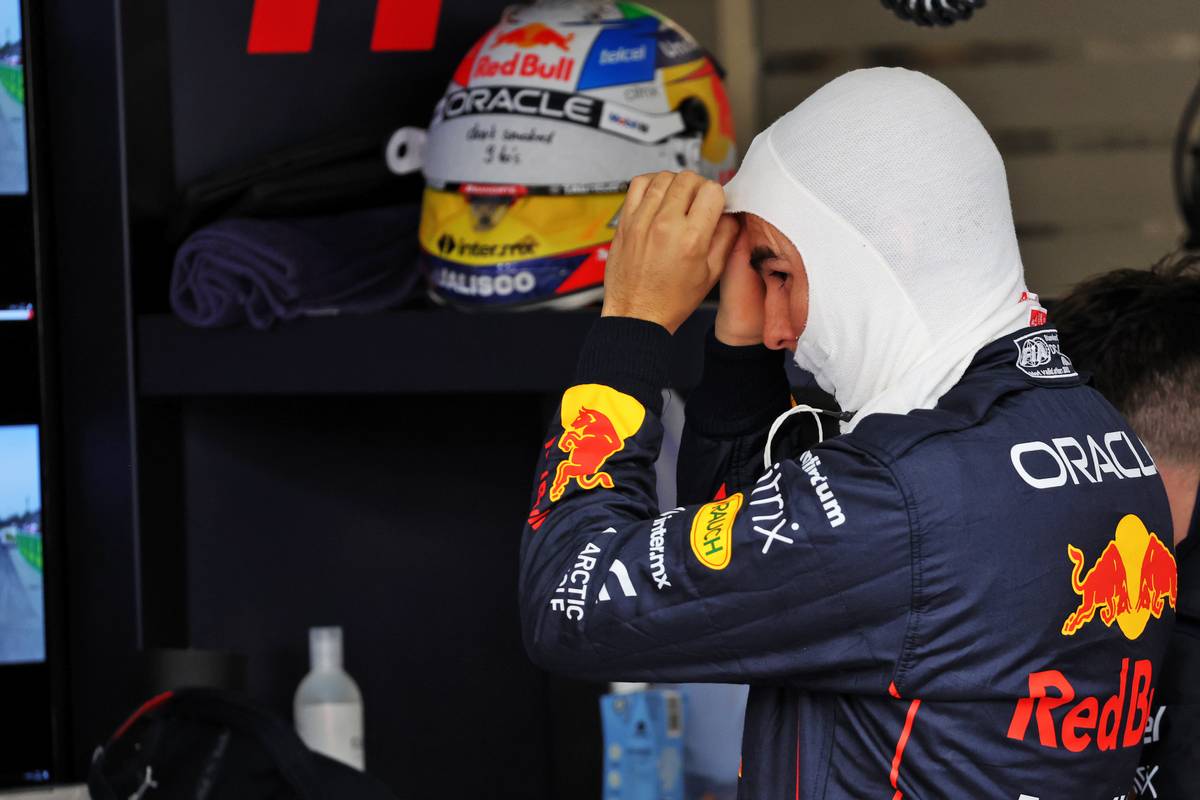 Verstappen's team mate Sergio Perez will start two rows behind from P5, where he will line up alongside Lewis Hamilton.

“Today was tough," said the Mexican driver. "There was more to give, especially on my final run in Q3. We tried something different with the set-up and it felt a bit awkward, so I didn’t get a great lap.

"I have felt like I have been struggling throughout the weekend. I haven’t been comfortable, we tried some things on the car and the pace was there but I couldn’t quite make it work to put that lap together today.

"It’s not an ideal result but I think we will have good race pace and we will push from the start. I still think we can fight from fifth, tomorrow is a long race and anything can happen.

"It's going to be very hot, especially for the tyres. Degradation will be high so it will be an interesting one," he added. "Our long runs have looked good in practice so we can be confident.”