A late red flag in qualifying in Monaco deprived Lewis Hamilton of an opportunity to improve on his initial P8 performance in Q3, but the Mercedes driver is banking on Sunday's weather to pull off a good result.

A late crash by Red Bull's Sergio Perez at Portier in the closing stages of qualifying brought the session to a permanent halt.

Unfortunately, Hamilton was among those that was out on track attempting a final flyer when the red flag was deployed.

"It would be nice to have some luck for once," said the seven-time world champion. "I’ve been having [bad luck] all year. It’s bound to stop at some stage."

Hamilton had outpaced teammate George Russell on his first run in Q3, but the latter improved on his second attempt to finish the session P6.

"I don't think it was going to be much different to how it turned out anyway," added Hamilton, referring to his aborted second flyer.

"In hindsight, I needed to get lap one on the tyres and I didn't, after starting the lap in the wrong engine mode. But Monaco is just like that, and it was an unfortunate session." 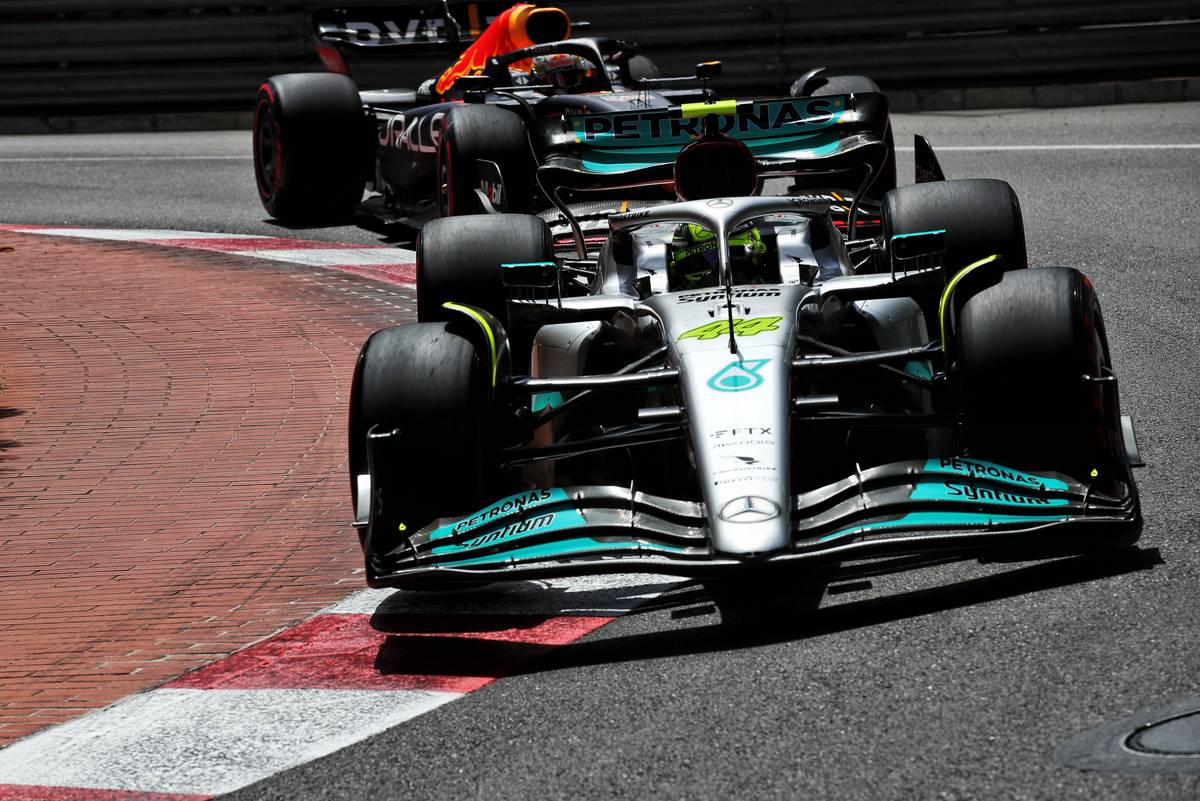 While Hamilton felt that Mercedes' unstable car had been improved from Friday, the bouncing W13 was still a handful and offers its drivers limited prospects for race day.

"The car feels pretty bad out there and we're having to take some big risks to get anywhere near the times of the cars in front," added the 103-time Grand Prix winner.

"We improved the car from yesterday and got a little bit closer, but even with a perfect lap I think we'd still be six tenths off, which is a decent chunk.

"Now we need to see what the weather does tomorrow and try to make some progress up the field."

"We don't have porpoising returning, we're bottoming out," said the Austrian.

"The car's too stiff, too low, and it's just the same gap like it was in qualifying in Barcelona.

"So it's probably realistic where we ended up. The car is good for fifth and sixth and Norris beat us to it, but we shouldn't have expected any miracles, particularly here in Monaco."